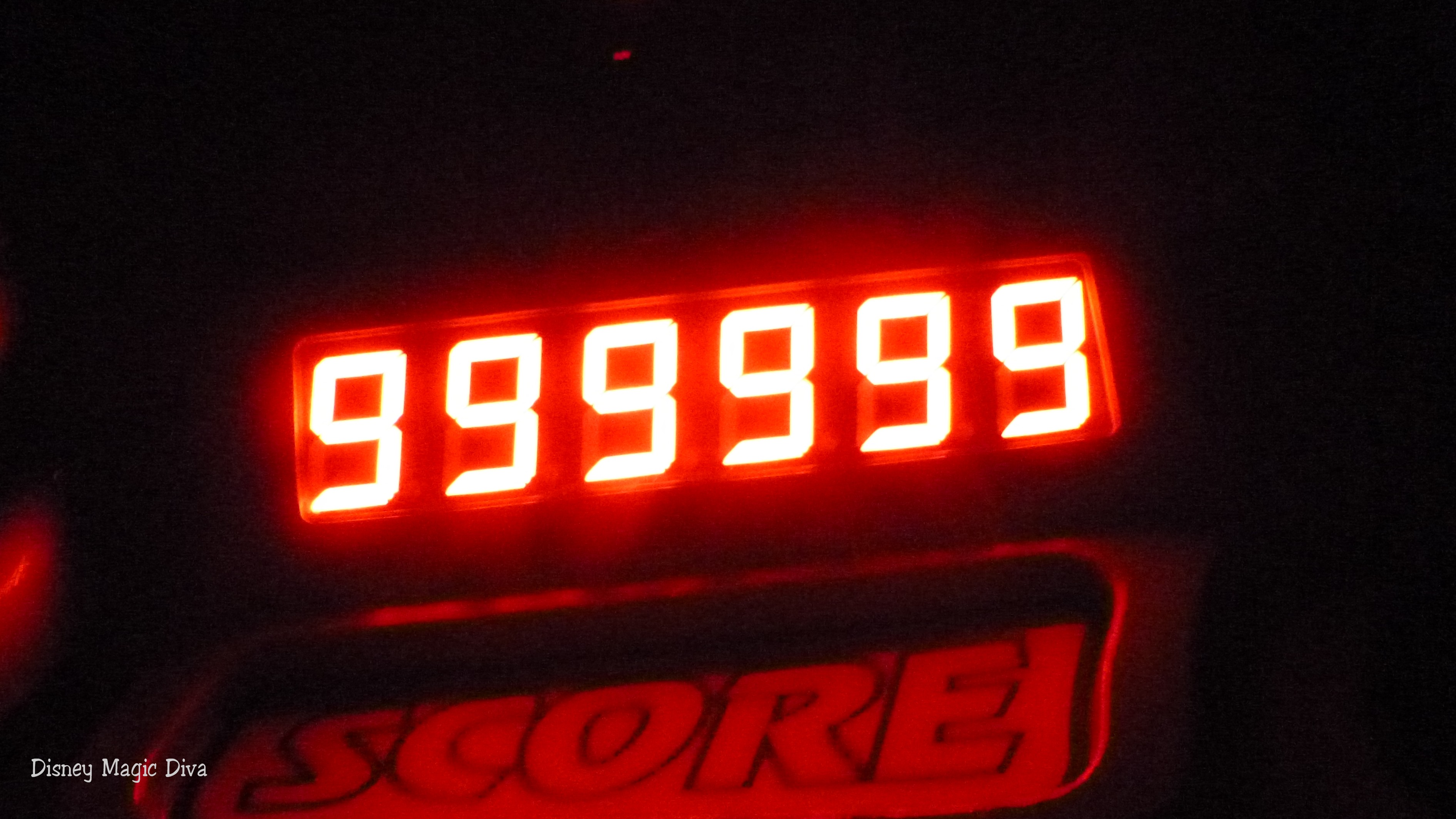 Calling all Space Rangers! There is trouble in Sector Z, and the Evil Emperor Zurg is behind it!

Buzz Lightyear’s Space Ranger Spin is a great way to engage in a little friendly (or maybe ferocious!) competition while visiting Walt Disney World Resort and remains one of my family’s “must-do” attractions on every trip.

To undertake your mission, head to Tomorrowland in Magic Kingdom. You will board a two-person XP-37 star cruiser for your journey through the Gamma Quadrant. You’ll notice your cruiser is equipped with a space cannon for each person and a joystick which allows you to spin your star cruiser. As you travel through the various scenes of the attraction, you fire infrared lasers from your space cannon in an attempt to stop Zurg, scoring points along the way. This is where the competition comes in! Of course, you can also just ride through and enjoy the neon-lighted scenery, but honestly, wouldn’t you rather defeat Zurg, max out your score, beat all your friends, and become the next Galactic Hero?

So here are some tips for your next Space Ranger Spin:

1. Know your target. The ride in Walt Disney World differs from the one in Disneyland. We’re covering Walt Disney World here. This ride’s targets are all orange circles with a “Z” inside. (Disneyland has different colored geometric shapes.) 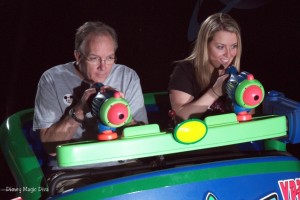 2. Know your star cruiser! The XP-37s don’t have that fresh-off-the-space-dock smell anymore, and some of them show it by naturally spinning to the left or right. Use the joystick to control your cruiser, or if you are really skillful, hold the cruiser steady. The blasters will fire as quickly as you can pull the trigger, so keep shooting Rangers! (We haven’t personally tried this, but other Galactic Heroes have told us you can keep the trigger pressed down, and the space cannon will continuously shoot, thereby preventing trigger-finger fatigue!)

3. Don’t be polite: get in first! The first Ranger in the star cruiser will sit on the left side, as you move forward along the track. This is the primo spot to hit the 100,000 point target in the first room.

4. You need a score of 999,999 to become a Galactic Hero. Some people will get it the easy way, because the ride will occasionally slow down or stop all together to allow Rangers on and off. If your mission happens to be sprinkled with pixie dust and you are stopped at the right spot with a good angle on the targets, you can rack up the points with no problem. However, we’re going to cover the easiest-to-find high-value targets in each room. 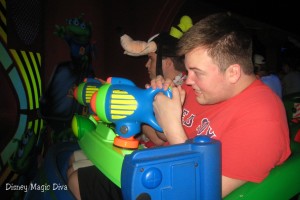 5. There is a red/orange robot on the left side (as you face forward) of the first room. On the inside of his left hand is a 100,000 point target. This is why you want to be on the left side of your XP-37! You can still hit it if you’re on the right, but it requires a little more luck (and a short person in the star cruiser in front of you!)

6. As you leave this room, spin so you face backward! A claw at the top of the exit has a target facing down, also worth 100,000 points. Fire away! If you are sitting at 400,000+ points after leaving this room, you’re on your way to becoming a Galactic Hero!

7. The second room features a volcano as the backdrop. Find the target at the top of the volcano, and start trying to light it up. This is tricky, because of the distance between you and the volcano. But this 50,000 point target can be the difference between Galactic Hero and Cosmic Commando. When you leave the second room, you’ll want to be sitting at least at 500,000 points to achieve Galactic Hero status.

8. Zurg and his spacecraft are the main feature in the third room. You are going to 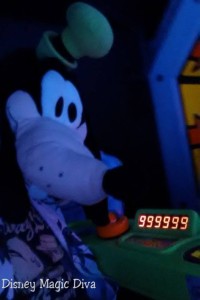 want to aim low, and aim quickly. The very bottom of Zurg’s spaceship has a target worth 100,000 points. It is easiest to hit right when you turn the corner and Zurg is first visible, or if you spin your star cruiser around at the end of the room and aim low as you leave. This is your last best chance to become a Galactic Hero. If you don’t have that 999,999, or at least 950,000 leaving this room, your chances are between slim and none.

9. If you attain a Galactic Hero score, TAKE A PICTURE! This is key to being awarded your Galactic Hero button. After you get exit the star cruiser, go to the cast members waiting to help guests claim their photos and let them know you hit 999,999! Your status as a Galactic Hero will likely be announced to all those present, and you’ll receive a “Celebrating” button with the words “Galactic Hero” on it! Be warned: wearing this button on other rides may cause cast members to ask you where the “secret targets” are; they too are always looking for the edge up on each other. 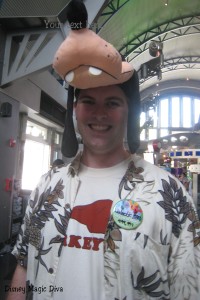 10. DON’T BE A ONE-TIMER! My family has been going on this ride since we first visited Walt Disney World, and one of my sons loves it still. He has been known to stay late at Magic Kingdom when the ride is walk-on or just a short wait, and go up to ten times in a row to achieve that coveted Galactic Hero button.

One final tip about the ride – we’ve learned that smaller Space Rangers may have a hard time getting photographed. The ride photo is taken in the last room, after you’ve traveled through the space tunnel. You won’t be able to control your star cruiser in this room: Disney Magic takes control so you are guaranteed to be turned toward the camera. But sometimes the space cannon will block the face of small Rangers, so scoot to the middle of your star cruiser and smile!

Buzz Lightyear Space Ranger Spin is often the first attraction we enjoy when visiting Magic Kingdom. We’ve discovered it takes skill; but it also takes the right XP-37, perseverance, and a little bit of pixie dust to become a true Galactic Hero!