Throwback Thursday: How to Find Art at the (Theme) Park 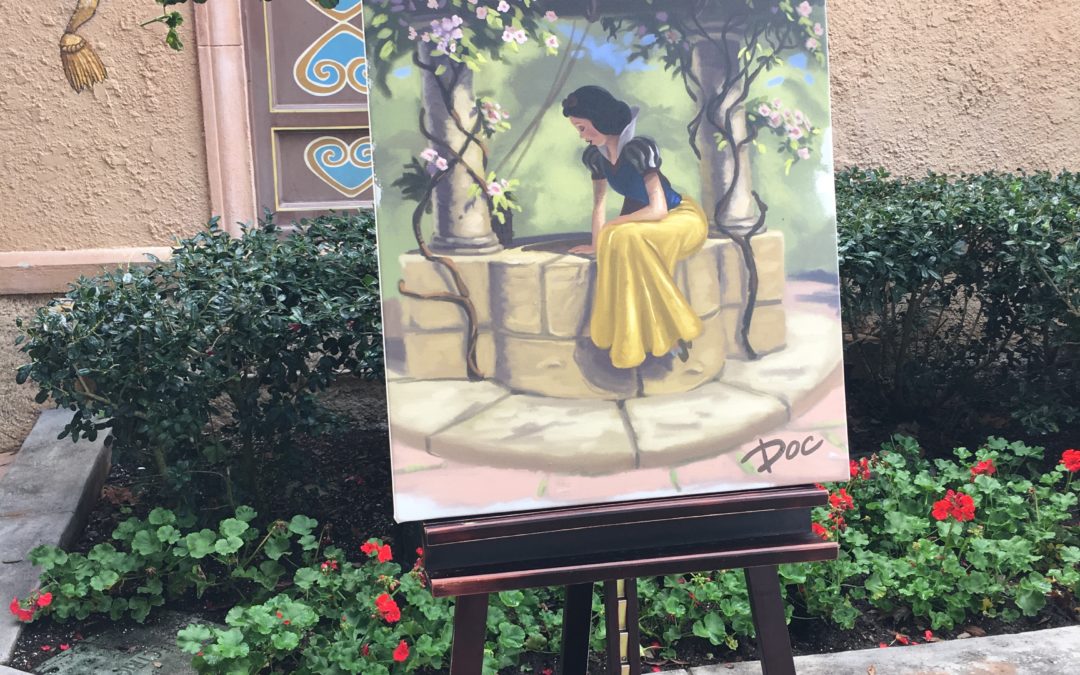 As we look forward to the 2018 Epcot International Festival of the Arts at Walt Disney World Resort from January 12 to February 19, 2018 Passholder Diva shares with us where to find art in the park! 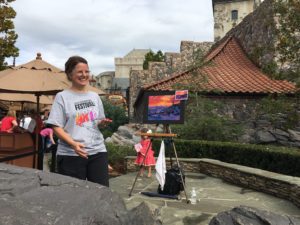 Fine art and theme parks aren’t an automatic duo that springs to mind like, say, peanut butter and jelly or Mickey and Minnie. Theme parks seem more in tune with thrill rides, crowds, and greasy fast food. But just as Disney tries to up the ante for theme park cuisine through events such as the EPCOT International Food and Wine Festival (and, to a lesser extent, the Flower and Garden Festival), they also bring their special touch to the arts via events like EPCOT’s International Festival of the Arts. These festivals aren’t the only way to soak in some culture at a theme park, though — did you know that there are several art galleries/museums tucked away around the World Showcase? 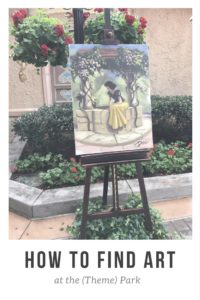 For many years, Disney hosted a free arts fest called the Festival of the Masters at Downtown Disney. The event was cancelled in 2014 due to the construction creating Disney Springs. Fast forward to January 2017, when Disney brought a new version of the festival back, this time to EPCOT, in the form of the Festival of the Arts. I was fortunate enough to spend a few hours there this past January, and while it was definitely a work in progress, it showed a lot of promise and I really hope to catch it again next year.

But there is also art to be found year-round: Disney has quite a few shops selling fine art such as the Art of Disney in EPCOT’s Future World and the Disney Springs Marketplace, and the Disney WonderGround Gallery, also in the Marketplace. And there are a few legitimate museum-like spaces sprinkled around the parks, EPCOT in particular. 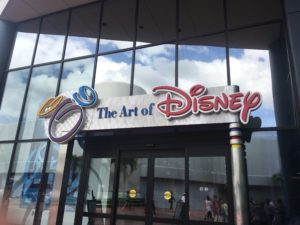 My daughters love to shop at the Mitsukoshi store in the Japanese pavilion and the Bijutsu-kan Gallery is tucked away in a space across from one of the store exits, near a KidCot stop. The current exhibit is all about Japan’s Kawaii, or “cute” culture, and my manga-obsessed teenager had to be dragged out. The gallery is open the same hours as the pavilion. 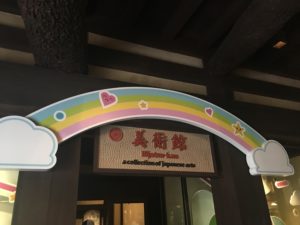 Catch a glimpse into Kawaii culture at the Japanese gallery

In Morocco, you’ll find the Gallery of Arts and History with its exhibit “Moroccan Style: the Art of Personal Adornment.” There are traditional costumes and jewelry as well as an explanation of henna tattoos and the hamsa, a hand-shaped symbol that is thought to ward off the “evil eye.”

The American Heritage Gallery is currently showcasing “Re-Discovering America: Family Treasures from the Kinsey Collection,” a collection of rare art, books, documents, and artifacts. The artifacts rotate, with about 40 on exhibit at any given time. This collection has been displayed throughout the United States, at such places as the Smithsonian National Museum of American History.

The Stave Church Gallery can be found inside a replica of a 13th century Norwegian wooden building. Inside, you’ll find “The Folk Behind th 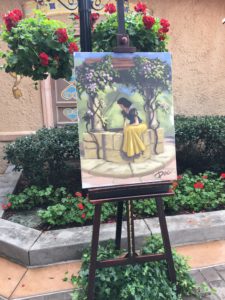 e Frost,” an exhibit on the artifacts that inspired the look of the movie “Frozen.”

The House of the Whispering Willows in the China pavilion has a fascinating exhibit on how Disney Imagineers brought the Shanghai Disneyland Resort to life. It features lots of concept art and models of the park, the resort hotels, and the shopping and dining area known as Disneytown. This is the exhibit *I* had to be dragged out of and I really hope to see this Asian park in person one day. 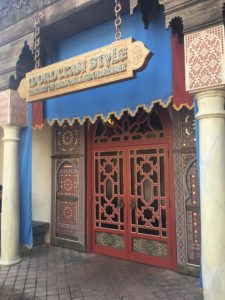 Rounding out the galleries at the World Showcase is the Mexico Folk Art Gallery which is featuring an exhibit on Oaxacan wood carving called “Animalés Fantásticos: Spirits in Wood.” This gallery is at the top of the steps inside the pyramid, and you literally must pass through it to get to the interior of the pavilion.

While most people don’t go to a theme park to seek out art, it’s nice that EPCOT allows guests the chance to get a glimpse into other countries’ culture and customs. Whether you duck in to soak up some culture, or simply as a respite from the heat, next time you go to the World Showcase, be sure to visit one of the many little galleries and find some “Art at the Park.”

Ready to book your next vacation? Why not get some extra help planning it… for FREE!! Contact Authorized Disney Vacation Planner, Patricia at All for Dreams Travel here.