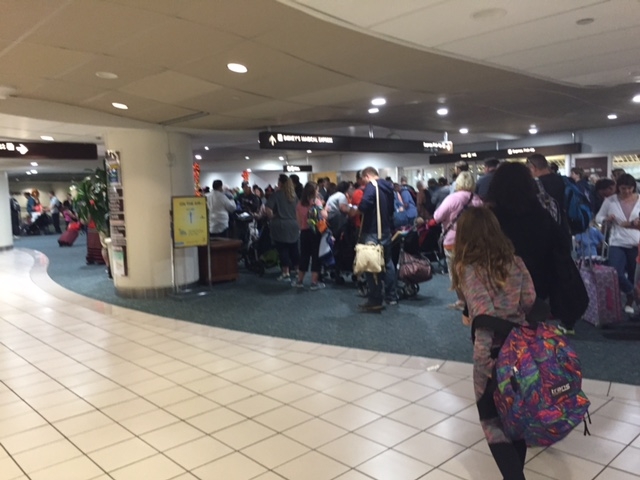 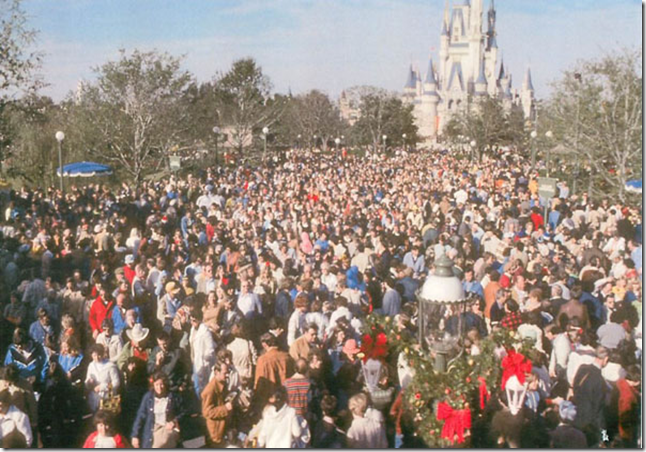 Let me be clear when I say that you’ve gotta be 34 flavors of CRAZY to go to Walt Disney World the week between Christmas and New Years or the fourth of July weekend. I mean, nuttier than the fruitcake you’re getting from Aunt Edna. Think of Walt Disney World during that week as a sequel to the most insane Black Friday experience you have ever had and multiply it by a thousand. If the picture above (notice the wreath on the lamp-post) doesn’t make it clear to you, nothing I can say will.
And although our dear friend is normally a completely rational human being, he’s decided to buck the Diva’s advice and make a go of it. I figure he will at least be able to do some reporting back to me about how bad the waits were and what times exactly they closed the gates to new people, so I’ve not kicked him out of my Disney lovin’ cult of friends, but I’m worried about the Post Traumatic Stress Syndrome effects when he returns.

I have tried to minimize the stress to his family by, once again, planning his trip. However, its hard because its basically going to be insanely crazy no matter what.  But know that I was expressly told to keep it a bit loose as the other family going with them doesn’t have the desire to be driven like cattle from ride to ride the way I normally design my plans. 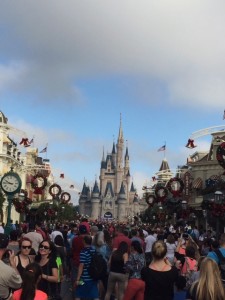 2. TAKE ADVANTAGE OF THE FASTPASS SYSTEM. Hopefully you have already made Fastpass reservations for your favorite attractions or “must do’s”. If not, you can still check back, but don’t expect the popular attractions to have much to choose from (if any). The lines will still be long, but a fastpass will at least make your wait in line a little more bearable (and hopefully dramatically shorter). 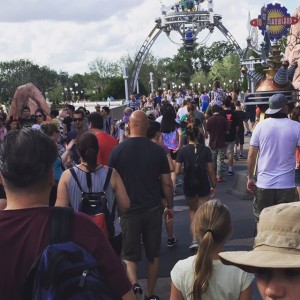