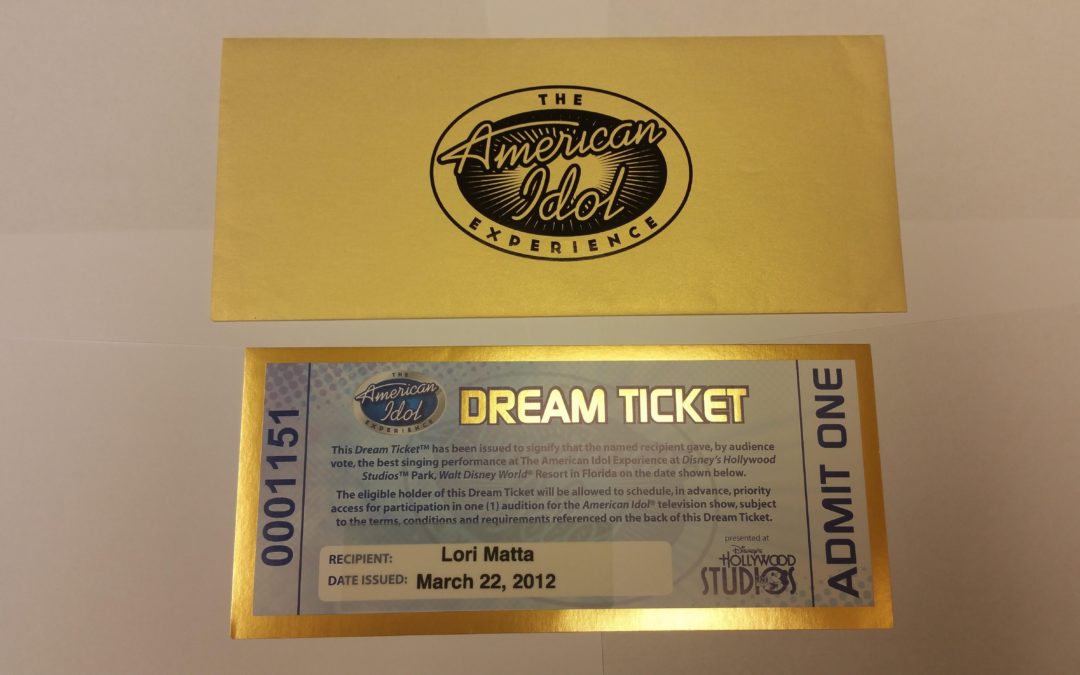 With the finale of the iconic television show “American Idol” and therefore the closing of “The American Idol Experience” at Disney World, so ends an amazing chapter of making dreams come true. Several years ago, I had the opportunity to experience the fulfillment of one of those dreams, and it was an experience that I will never forget. What was my Disney Dream come true? Becoming an American Idol, even if only for a day.

I had never been a die-hard American Idol fan, but when my sister-in-law asked me if I wanted to audition for the American Idol Experience in Disney’s Hollywood Studios, I accepted the invitation willingly. After all, I did love to sing, and I wanted to spend time with her. We walked into the entrance of the “experience” and were asked to take a paper number, much like contestants do on the real American Idol show. We were then asked to select a musical number of our choice and wait for our turn to audition before the preliminary judges. Being a true Disney fan, and because we were, after all, in Disney World, I chose “Something There”, one of my favorite songs from Beauty and the Beast. The judges were impressed, so to my surprise, they passed me along to the next “round”!

The cast members led me to the red “Coca-Cola lounge”, where I was asked to select my next piece from a pre-selected list of songs and artists. I found it a bit difficult to find a selection that completely fit my personality and musical style, but I eventually settled on “Reflections” by Christina Aguilera (again, it seemed only fair to keep the Disney theme going!). I rehearsed with an iPod and a pair of headphones amongst several other hopefuls, and was eventually called in to sing before the producers.

My nerves were evident as I entered the room. While the preliminary judges looked like they could have been any Disney cast members, these judges looked like actual music producers. They had the Disney look, which made me begin to wonder if this thing was more of a big deal than I realized I was signing up for. I took a deep breath, and gave it my all. They paused as I finished, complimented me on the evidence of my musical training and tone in my voice, and smiled as they said, “Congratulations! We would love for you to participate in our show.”

I grinned from ear to ear, feeling like I had actually accomplished something, and walked to the next station, unsure of what would actually happen next. The rest of the process would be a bit of a whirlwind. There was a hair stylist, a makeup artist, and a dress rehearsal. We even got to appear before a vocal coach, who helped talk us through the ins and outs of our vocal stage performance. They really made you feel like a celebrity! The only downfall was the time commitment. I had to be separated from my family during the duration of the preparation, until they were able to rejoin me as part of the “audience” for the American Idol “show” later on in the afternoon. 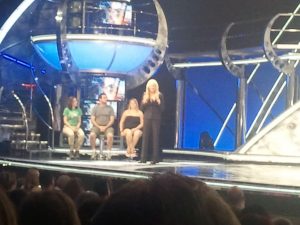 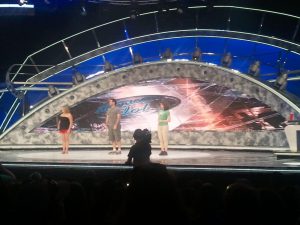 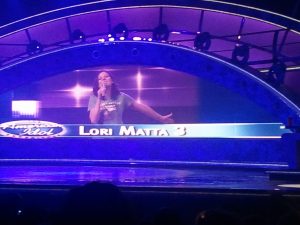 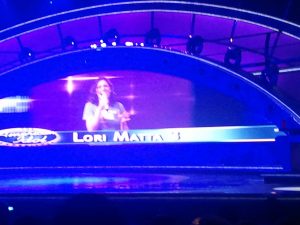 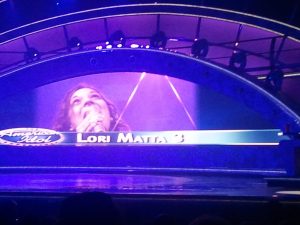 The way Disney conducts the experience is this: they have seven preliminary Idol “shows” that go on throughout the day. Each show features three hopefuls who have been selected through the same process that I went through. A live audience attends the show and selects a winner from each of the seven shows, and then those winners are asked to come back for a final evening performance. The winner of this “Grand Finale” evening show is awarded a coveted “Golden Ticket”, which will get them to the front of the line at any real American Idol audition. (I had thought about auditioning for American Idol in the past, but I was always deterred by the thought of standing for hours in a long line, only for a CHANCE to actually appear on the show! So the thought of winning a Golden Ticket was very appealing! ) 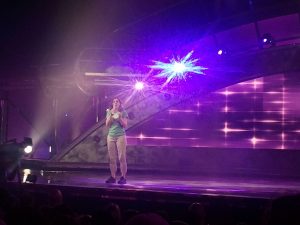 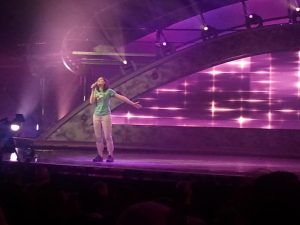 In true Disney fashion, the experience was the real deal from top to bottom. I have participated in many musical endeavors in my lifetime, but this was one of the most well put-together events I have ever experienced. The vocal coach was actually very well-trained, the entire arena and staging looked exactly as it appeared on the TV show, the live audience made it so much more real and exciting, they had live video feed of Ryan Seacrest and former American Idol contestants to supplement the show, and they even had three authentic judges to judge the vocal performances. (You know, the stereotypical American Idol panel: one beautiful female judge, one funny judge, and one cynical, cranky judge.) 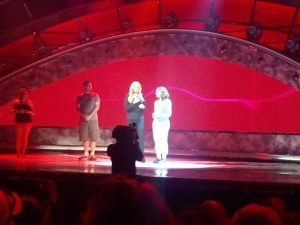 When it was my turn, my palms were sweating and my heart was racing as I stepped out onto the stage. The lights went down as I found my staging spot on the Idol “star” and scanned the lyrics displayed on the back wall. I closed my eyes and sang my heart out. After I had finished, to my amazement, even the cynical judge had nothing but good things to say. The audience responded with overwhelming applause, and voted on their keypads to announce me the winner. 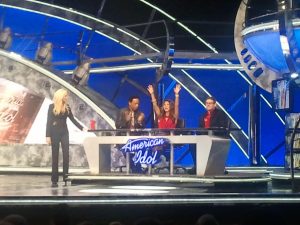 I then rejoined my family, but fretted the entire rest of the day, knowing that I had to sing again for the evening performance. (No screaming on “Tower of Terror” for me that day!). We went through a shortened version of the same routine for the evening show and did the whole thing all over again. Although there were more contestants this time, I had a good feeling about my performance. The moment of truth came and…the host announced my name! I had won Disney’s American Idol! 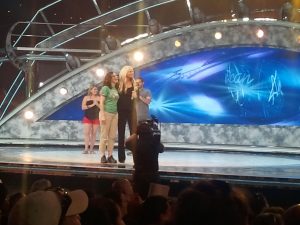 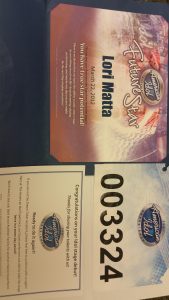 I will never forget the experience that followed. Little kids came up and asked me for my autograph. Mothers came up to me at the 50’s Prime Time Café and asked if I would take pictures with their babies. Everyone wanted to make sure that they had an autograph of someone “famous”, just in case I ever became a real American Idol. For that moment, I experienced what it felt like to be a celebrity. And though I chuckled on the inside, knowing that my “fame”, like Cinderella’s magic, would last only for a day… it was truly magical. Disney World did that for me. They took a girl who loved to sing and made her feel like a princess for the day. After all, isn’t that what Disney is all about? Making dreams come true? 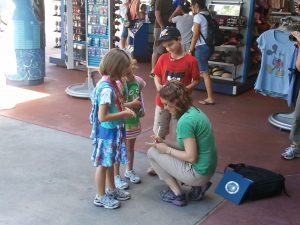 I’m sad to see this amazing attraction go. I hope that someday there will be another such Disney attraction that will be able to captivate the hopes and dreams of its participants so well. But for now, I know that I will always have that “Golden Ticket” to look back on, and the memories of one of the greatest days of my life.

Been going to Disney World ever since I was 4yr old with my family and have been going almost every year since. Been there almost 30 times making new memories every year. When I'm not at Disney I am a dentist with my wife and 16m old daughter who already had her first trip when she was 8months old.