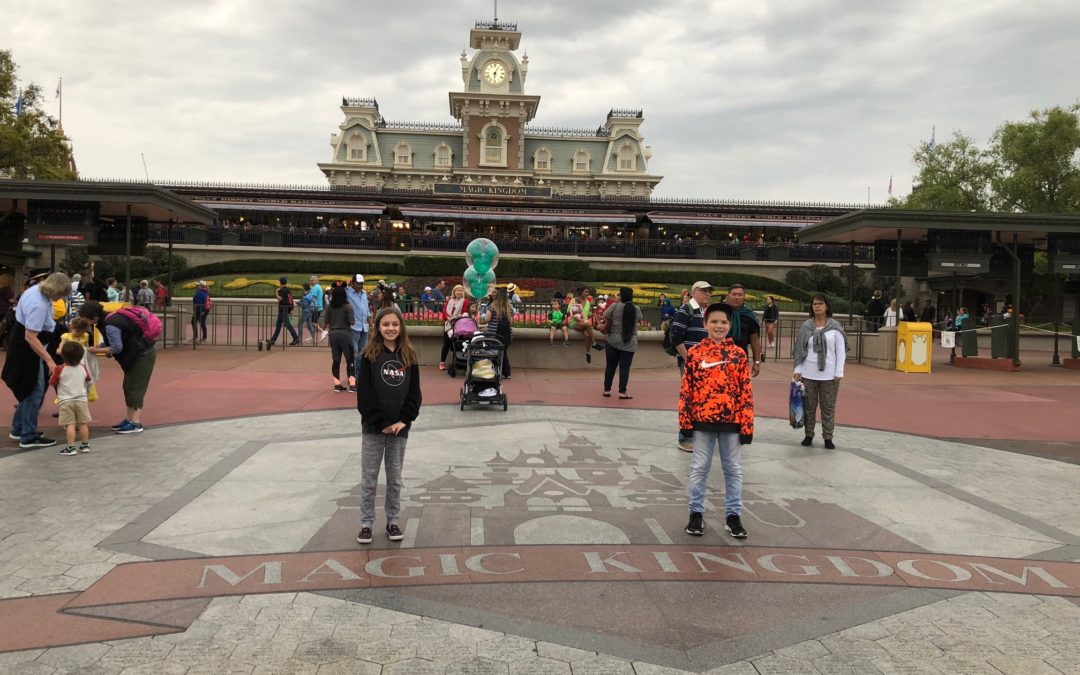 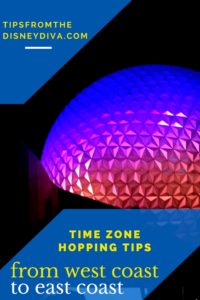 I’m a morning person in a household of non-morning people. So when I told the family that I would be waking them up at 3 am for our 6:15 am flight to Orlando, I was met with groans. Wow….Isn’t going to Walt Disney World enough to make ANYONE want to wake up early?? We would be traveling ahead by two time zones on our first day, and due to Daylight Saving Time happening on the first morning of our trip and the fact that Arizona does not move our clocks, we would be off by 3 hours for the rest of the trip. I read up on ways to help us with that 2-3 time zone difference and here is what worked for us.

Start adjusting several days before your trip. Because it was a school week prior to our trip, the kids were not sleeping in like they would for a summer trip, and that helped a little bit. My daughter is normally up at 6:30 on a school day, but my son isn’t up until 7 or even 7:30. Starting six days before the trip, our first adjustment was just getting my son up at 6:30. On Day 1, he groaned, rolled over, and promptly went back to sleep. I went back 5 minutes later to a groan, a roll over, and back to sleep he went. This is about how things went for the first half hour. I gave up to go to work and let my husband to give it a try. I woke them up earlier by 15-30 minutes each day until I had them getting their wake-up at 5:00 on the morning before our trip. I actually thought I could get everyone up, but three out of the three groaned, rolled over, and went back to sleep. The good news is that everyone was so excited to leave for the airport the next morning that I actually didn’t have any problems getting them out of bed on the first try. I also set three different alarms – phone, iPad, and old-fashioned alarm clock – at 5 minute intervals so I was sure to get up as well. 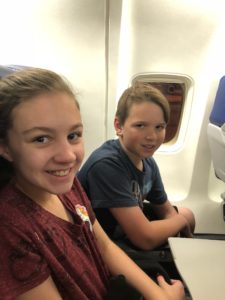 Try not to sleep on the plane. This one actually worked really well. No one slept on the plane. Our plane had free TV channels and some solitaire games, plus we downloaded movies to our devices prior the trip. We brought games with us too – Mad Libs is one of our favorite Disneyland road trip games, so we brought one along for this WDW plane trip. It was just over a 4 hour non-stop flight so we did need quite a few games, TV shows, and movies to keep us awake. I also made sure no one took a nap once we got to the hotel. Luckily, our room was not ready when we departed Mickey’s Magical Express at our resort hotel around 1 pm, so we had to go somewhere. We were at Port Orleans French Quarter and took the boat to Disney Springs, walked around to shop a bit, and headed back when I got the text that our room was ready. No naps and I think walking around in the sun and seeing it move across the sky helped too.

Change your watch/phone to the Eastern time zone. This is that mind over matter thing you hear about all the time. Convince your brain it is 10 pm and not 7 pm so it think is it time to sleep. Our cell phones adjusted automatically once we landed, so it was just watches that needed to be moved. As a side note, having DST happen on our first morning was a first for me. Since I grew up in Arizona, I have never moved a clock due to DST in my life. I had to Google to find out if our cell phones would move ahead the hour (they do). 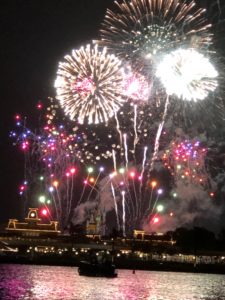 Embrace the fact that you will be a night owl. Rope drop for us was just out of the question. The parks were opening at 8-9 am during our trip, meaning a 6 am wakeup would be required – not a chance given that my family did the math and realized they would be up at 3 a.m. Arizona time. We are normally rope droppers at Disneyland, but decided this would be the trip of evenings instead. There is so much to do at night, plus there are nighttime Extra Magic Hours for people like us! Check out my review here of the Pirate and Pals Fireworks Cruise. So we decided to embrace that, wake up around 7:30-8:30 and be in the parks about 10:00 in the morning. I had already scheduled our FastPasses for late morning/early afternoon time slots, and this worked just dandy for us.

Since we left WDW on a Saturday, we only had Sunday back in Arizona to readjust back to that 3 hour time difference. School and work were back in session on that Monday, so not forcing ourselves ahead those 3 hours really worked out better for us on the return for our trip. And what happened on that first Monday morning after the trip when I went to wake them up for school? They groaned, rolled over, and went back to sleep.

If you would like to test our other ways to time zone hop, Patricia Payne at All For Dreams Travel can plan that trip for you!