Tips for Dining with an Imagineer at Hollywood Studios 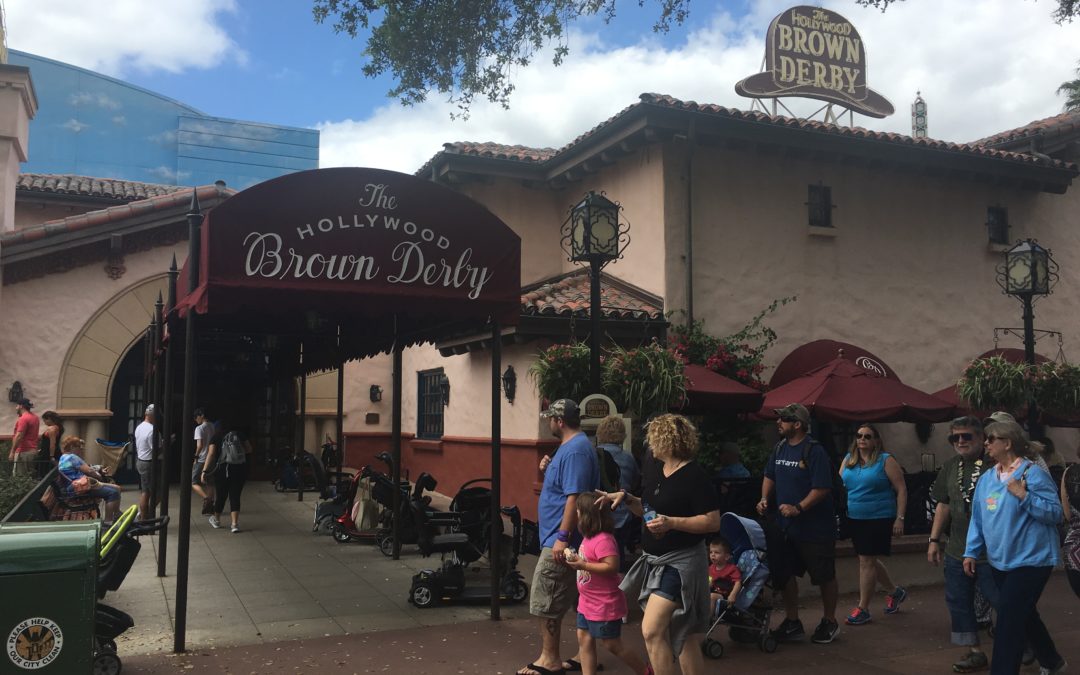 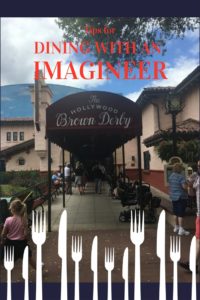 It is arguably the hardest dining reservation to get in all of Disney World. Snagging a reservation involved getting online the nanosecond our booking window opened at 180 days out, and I have heard of folks trying to get this reservation for – literally – years. You might think I’m talking about Be Our Guest, Victoria and Albert’s, or Cinderella’s Royal Table, but no, the reservation I was trying for was Dining with an Imagineer at the Brown Derby in Hollywood Studios. Only offered three times a week on Monday, Wednesday and Friday with very limited seating (there were 10 guests at our lunch last week), Dining with an Imagineer is the ultimate Disney geek’s fantasy: the chance to spend a couple of hours with a real life Disney Imagineer, chatting and asking tons of questions.

This meal is only for guests 14 and up, so I booked it as a birthday gift for my teenage daughter, who just turned 14. She and I checked in at the Brown Derby a little before noon. We had to wait until all the guests had arrived and then we were shown to the Bamboo Room, a private event room based on the original Brown Derby’s cocktail lounge from the 1930s. The 11 of us had it to ourselves. 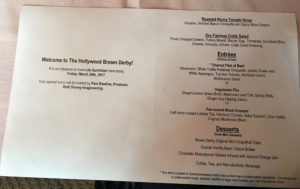 My personalized menu for Dining with an Imagineer

We were each presented with a personalized menu. It was a full four course meal with bread service. The two appetizers were
Roasted Roma Tomato Soup and the restaurant’s signature dish designed by the original Brown Derby restaurateur, Robert Cobb: the eponymous Cobb Salad. I was able to get a vegetarian version of this dish. We could choose between three different entrees. For dessert, we were brought a sampler with three different mini desserts, including the famous Grapefruit Cake. Coffee, tea, and non-alcoholic beverages are included with the meal.

Even though the meal was fabulous, most of us were not there for the food, we were there to pick our host’s brain. Our host on that day was Pam Rawlins, a creative producer who has worked for Disney for 22 years. She started in the college program, and fell in love with Disney. She came back after graduation to work as an hourly employee and ended up staying and moving to Guest Relations and eventually Imagineering at Animal Kingdom. Now she’s working on Toy Story Land in Hollywood Studios, set to open (possibly) in 2018 or later.

While Pam couldn’t give us any specific insider “secrets,” she did give us a wealth of information on the creative process at Imagineering, how Imagineering may soon split its workforce between Florida and Glendale, and various projects that she worked on in the past. Most importantly for my daughter, a budding Imagineer in the making, she explained that there is no single career path, no one college major that leads to a career at Disney. The company promotes from within, but also does direct hires. And they are looking for all types of folks, from those with a degree in engineering to those in the arts to those with a background in communications (which is what she herself has). 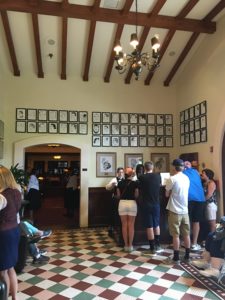 asked all kinds of questions, ranging from who her favorite “famous” person that she ever met was (Jim Henson) to how Disney finds such great props for its attractions (they shop a lot on eBay and manufacture things in house when they can’t find them for sale). The topic of Hidden Mickeys came up and Pam was pretty dismissive of the phenomenon. She insists that most “Mickeys” are unintentional. The thing that Imagineers like to do instead, she says, is put in Easter Eggs, hidden insider references that are built into attractions in the parks. For example, Pam worked on the Fantasyland expansion in the Magic Kingdom and pointed out that signage and the sewer covers in that area mention the town of “Carolwood.” (Carolwood is what Walt Disney named his backyard railway at his estate in California.) 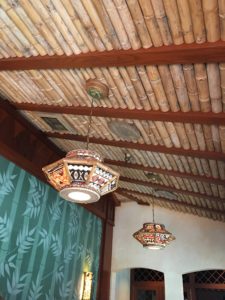 The Bamboo Room at the Brown Derby

While the Disney website says you can “purchase a souvenir plate that’s personalized by the Imagineer,” at our meal we were each given a free plate that Pam had previously signed for us.

The meal is a bit pricey at $84 plus tax and gratuity, but both my daughter and I felt the experience was well worth it for a special occasion. And my younger daughter is already clamoring to go when *she* turns 14.

Tips for booking Dining With an Imagineer

Need help planning your Disney vacation? Contact Patricia at All For Dreams Travel for a FREE quote.