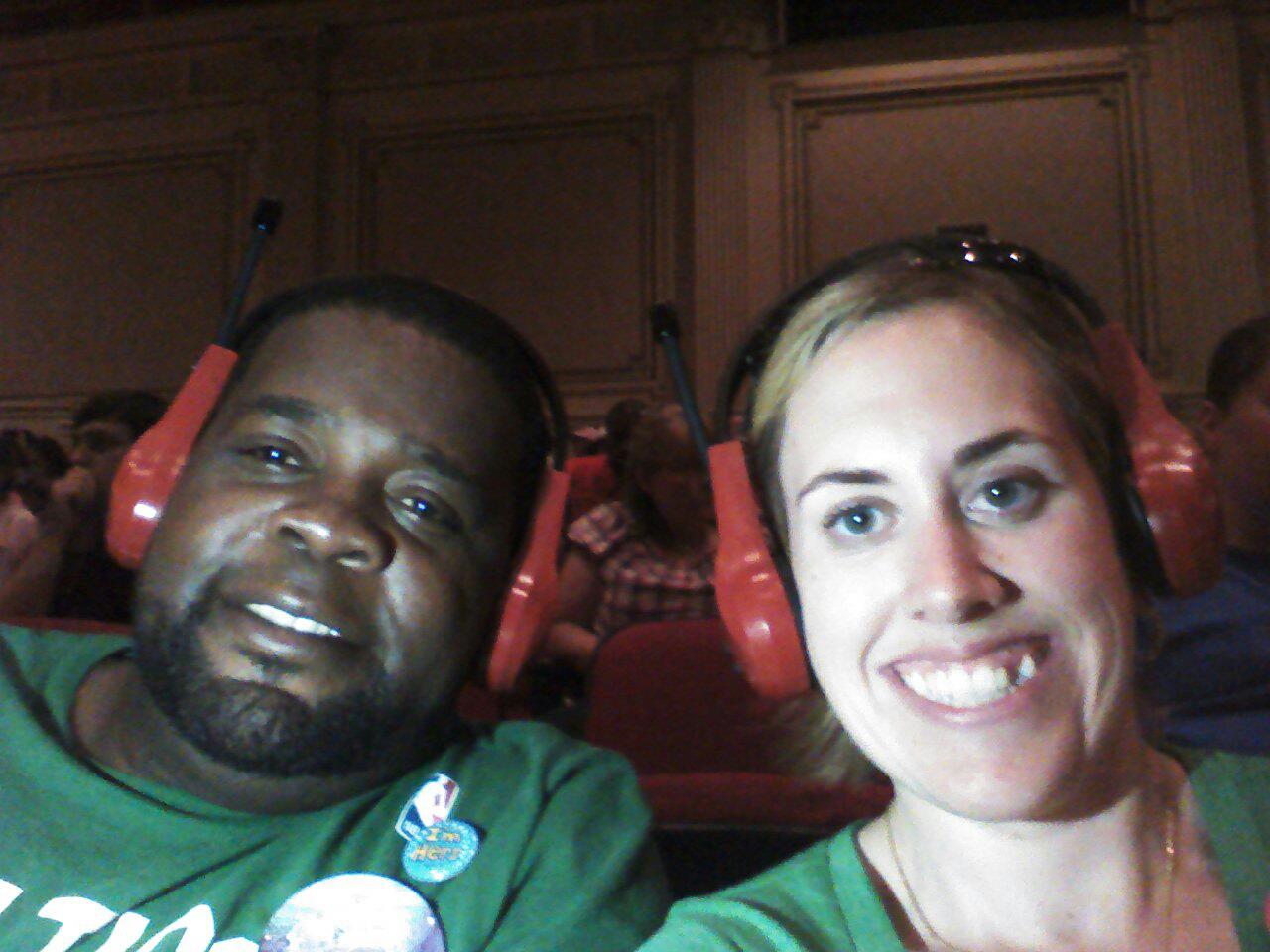 Anyone who has been to WDW or another Disney Park knows that Disney is popular in every culture, not just America.  The theme parks are full of tourists from all over the world, all with different cultures and many with different languages. In fact, the Brazillians even have “Super Greeters” who have been hired just for them. When my husband and I were deciding where to go for our honeymoon, WDW seemed a perfect choice for us because 1) my husband doesn’t speak a lot of English yet and we speak fluent Spanish together, and 2) we knew his immigration paperwork would be in process after the wedding and not in-hand, so we had to stay within the US.  Since WDW is known for being culturally accessible and foreign-tourist friendly, it met our criteria (and honestly I’m a huge Disney fan who couldn’t wait to share my love of WDW with my new husband).
Hearingthat Disney is great with tourists is a bit different from actually experiencingit.  Seeing the parks through my husband’s eyes (and hearing them through his ears) was very interesting.  Here is what we found out and what advice we would give to other non-English speakers or those traveling with non-English speakers: 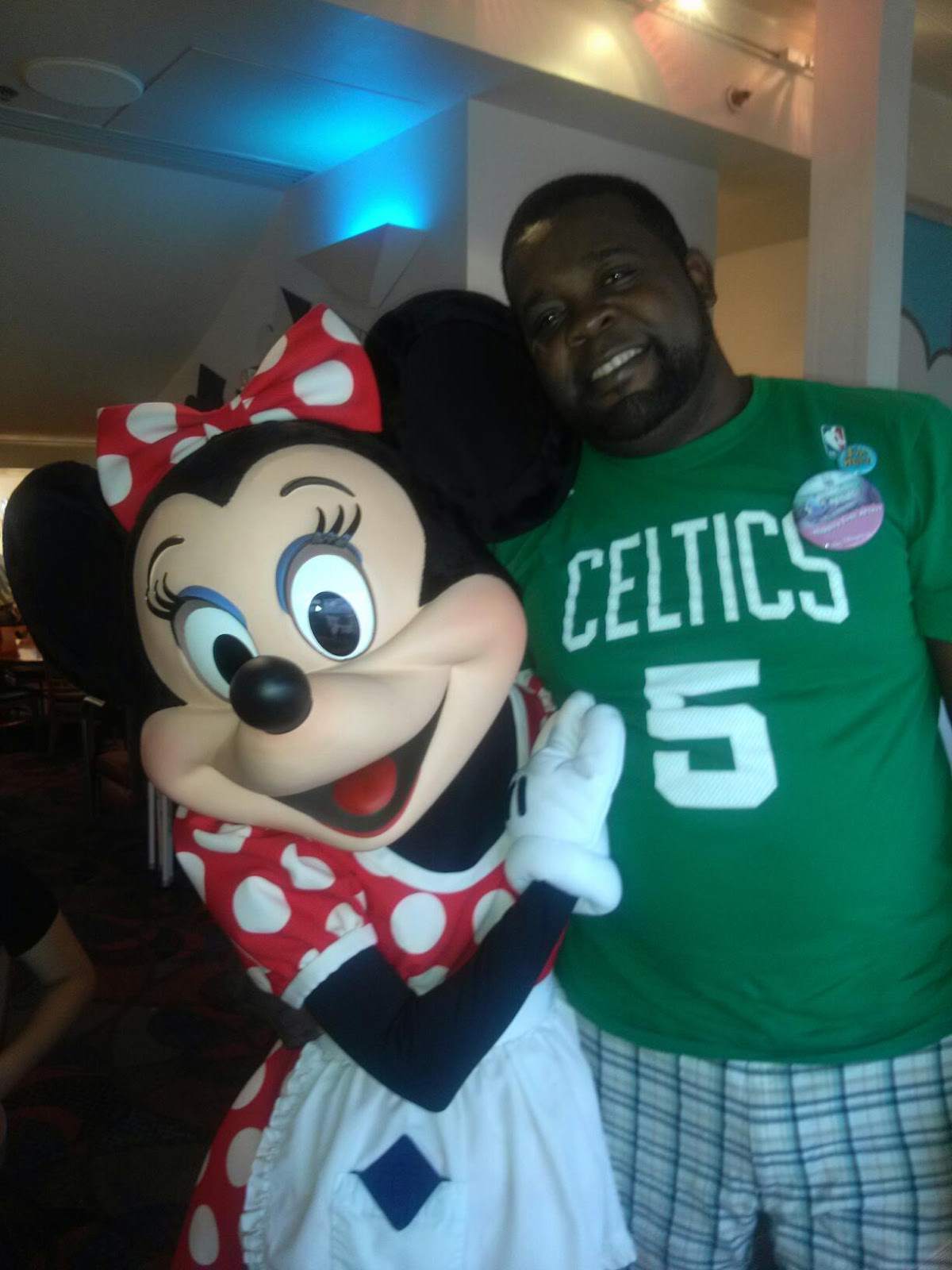 ·         WDW can easily be enjoyed without speaking English!  There is so much to see and do that does not require language and no one should feel that a Disney Vacation doesn’t work for non-English speakers.

·        Costumed character Meet-and-Greets are fabulous!  There is no language required to goof around with Goofy, blow kisses at Minnie, high-five Mickey, and hug any and all of your favorite characters.  That goes for character meals too.  We loved getting to see so many characters at once while enjoying a meal.  Face characters, though, are not as non-English speaker friendly.  The magic of meeting Cinderella may still be there, but I had to translate for my husband when she made comments about us finding true love and the other wonderful things she or other face characters said, and the magic just wasn’t the same in translation.
·         Choose your shows wisely.  Parades, music performances in the parks (like the Move It! Shake It! Celebrate It! Street Parade in Magic Kingdom or Disney Channel Rocks! in Hollywood Studios), and fireworks are a blast in any language, but some shows rely heavily on scripts and the fun may get lost.  The Hoop Dee Doo Review was sadly lost on my husband, and I knew from previous visits to stay away from some street-performers like the World Showcase Players in the British Pavilion at Epcot who rely on jokes and word-play.  Anything music based is great and my husband especially liked the talents of the juggler, mime, and acrobats in the World Showcase.  There are so many shows that don’t require language that it would be a shame to waste time waiting for and watching something that a non-English speaker wouldn’t enjoy.
·         Each park offers attraction maps in many different languages.  These are available at the main gate with additonal languages available at guest services.  This is a wonderful service and we used them often.  We were a bit disapointed that the daily schedules of events are only offered in English.
·         Many restaurants offer copies of the menu in other languages.  This was especially true with Spanish.  We also found that there were many cast members who spoke Spanish working in the restaurants.  We had a very easy time getting delicious food and interacting with cast members completely in Spanish during many of our meals.  Though it is less likely to find cast members who speak foreign languages besides Spanish in the restaurants, these cast members seem to be well trained in helping non-English speakers and we were impressed with the service of a family from Korea that sat next to us at one meal and another family from Japan that sat near us at another meal in a totally different restaurant.  Also, it is important to note that many menus include pictures of the meal so that guests can see what they are ordering ahead of time.  This not only helps with language issues, but also cultural differences in food.
·          Languages abound in Epcot’s World Showcase.  Even though I am a native English speaker, I always find myself speaking Spanish in Mexico and my husband and I were impressed at cast members representing other countries who enjoyed showing off their Spanish-speaking skills when they found out that was the language we spoke.  Remember that in many other countries people speak multiple-languages, meaning there is probably someone nearby who can communicate with you or the non-English speakers with you, especially in World Showcase in Epcot.
·         New advances are making WDW even more non-English speaker friendly.  One of our favorite rides was Spaceship Earth.  The new version, re-opened in 2008, includes an option to pick your language, so we were able to hear about the history of human innovation in Spanish.  This was the best educational ride for a non-English speaker.  We hope that over time more rides start to diversify their language options in this way. 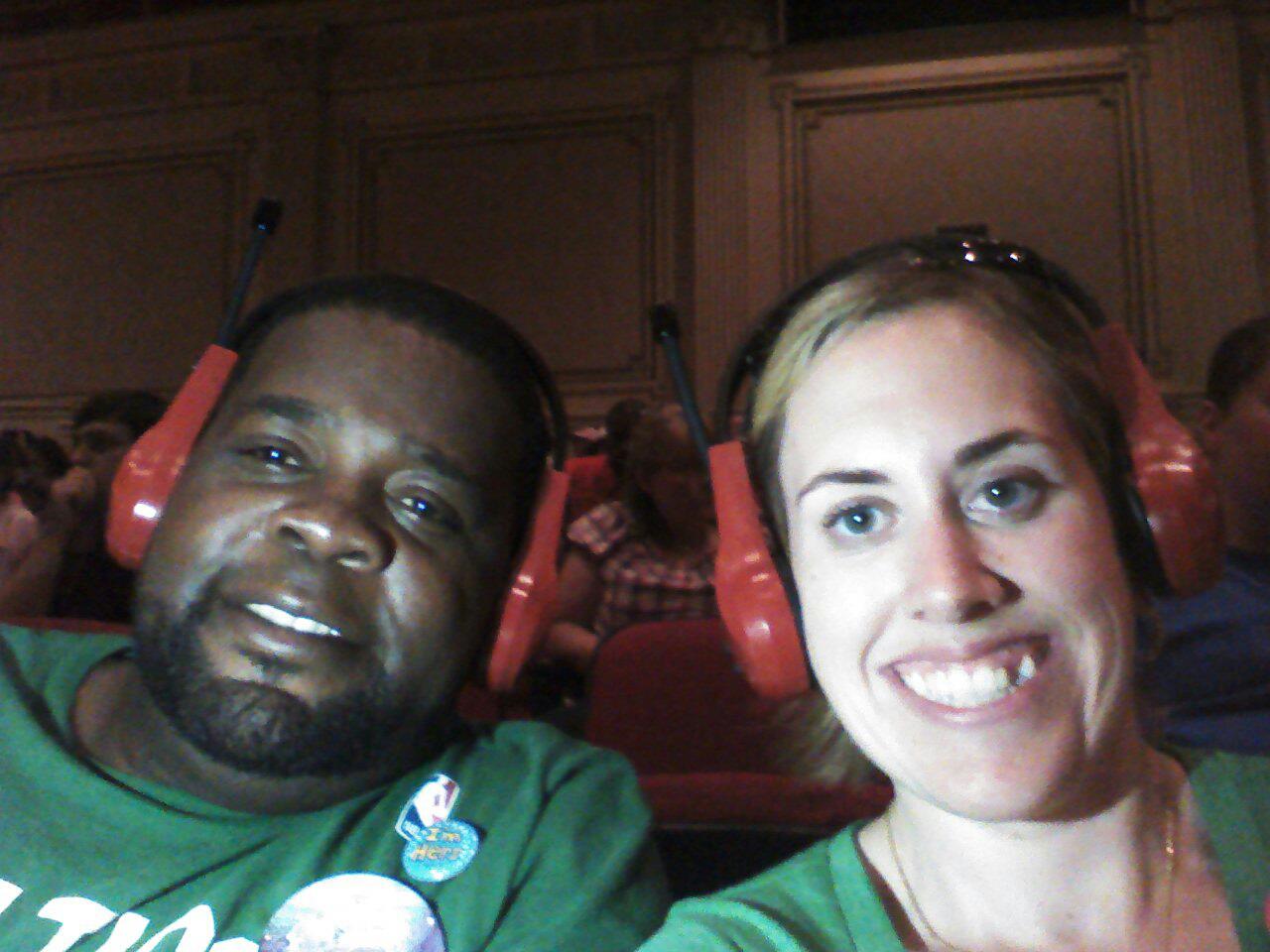 ·         Language-translation headphones are also available in the park.  These can be helpful, but also have some draw-backs.  We used headphones in Magic Kingdom
and Epcot, we decided to go without in Hollywood Studios, and we were told at Animal Kingdom that they are no longer available because there were so few rides that needed them it wasn’t worth it to
offer the service.

We found the best results in the American Adventure ride in Epcot and The Hall of Presidents in Magic Kingdom.  Both of these attractions include and audience sitting in a theatre, watching a drama “performance” by animatronics.  They are very educational and very reliant on their word-heavy scripts.  Neither attraction would have made sense to my husband without the headphones.  I liked using them during the language-based 3D Show Muppets 3D in Hollywood Studios, but we could not use them at the other 3D Shows.  Mickey’s Philharmagic does not work with them because the show was designed to be non-English speaker friendly and has very few spoken words, headphones are not offered at Animal Kingdom where A Bug’s Life is located, and the Captain EO Show was made before the service was offered and doesn’t work with the headphones.  This was a bit of a disappointment to us.  Hopefully Disney Innovators will continue to improve on this tool and they will find something that isn’t so bulky, a bit more user-friendly, and with more uses throughout the park to help non-English speakers.  Shouldn’t there be an App for that?
Overall, we were impressed by the non-English language friendliness of the WDW.  We had a wonderful time and rarely felt that our trip was hindered by the language barrier.  Even the few times where something of the experience was lost, we were still in Disney and still enjoying ourselves and the Disney Magic.

It was obvious to us that newer attractions and innovations are more user-friendly and Disney is certainly moving in the direction of becoming more inclusive and accessible to all.  Do not feel like you have to miss out on a Disney Park Vacation because of language barriers.