Tips for Getting Autographs on the Disney Cruise Line 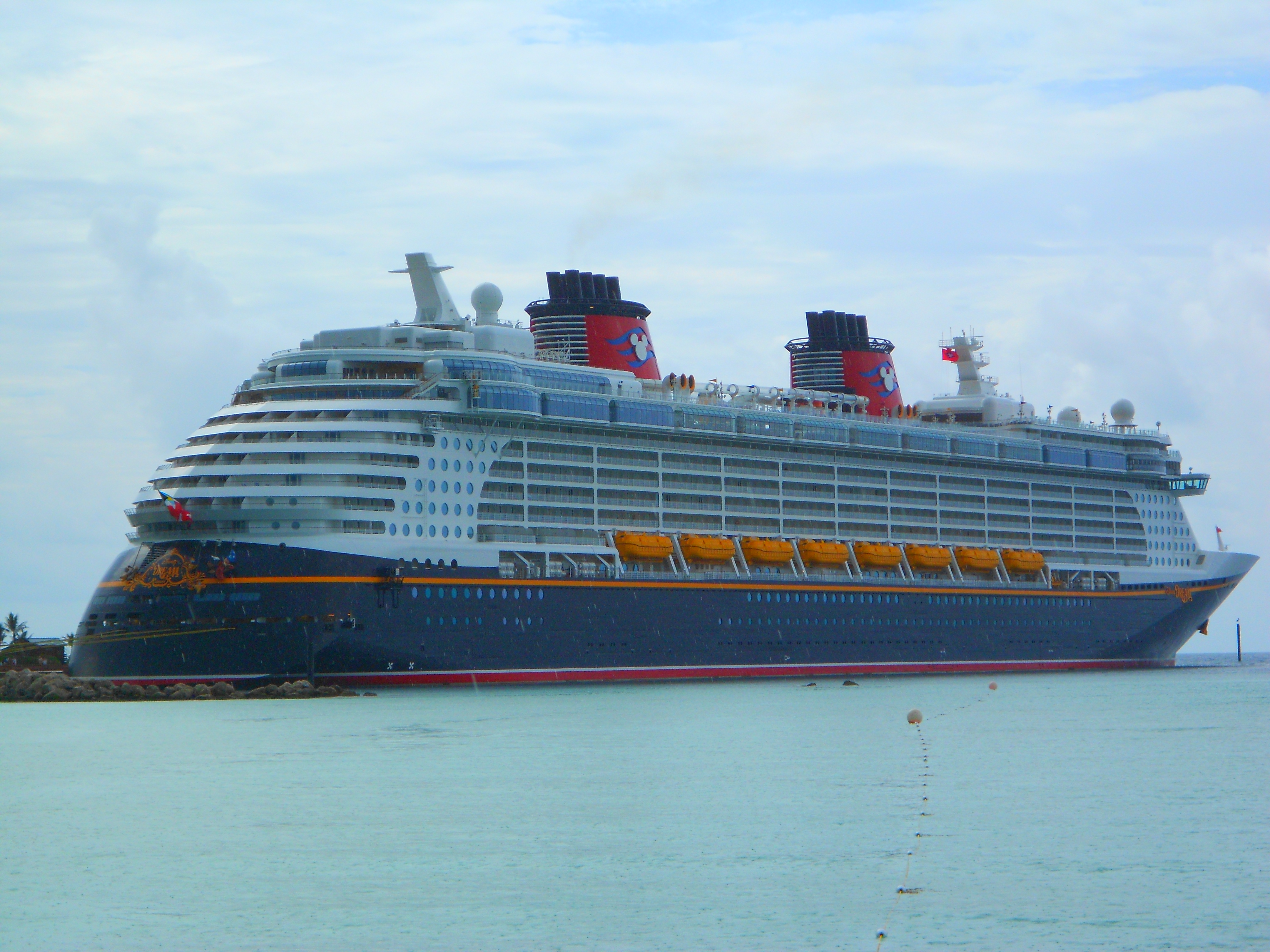 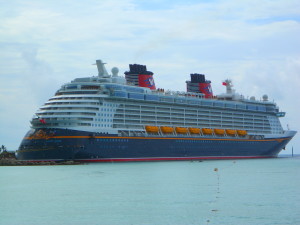 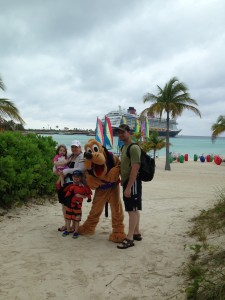 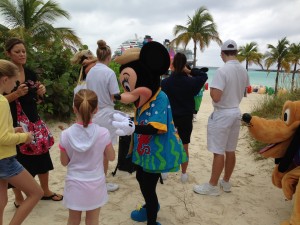 With each ship and itinerary varying, the most important thing to do before your trip is to download the Disney Cruise Line Navigator App. This free app will allow guests to stay up-to-date on all of the activities onboard their particular ship and sailing, including character experiences and meets. Download the app prior to boarding, and then once on the ship, connect to the ship’s Wi-Fi (complimentary for app use only), and begin planning! The app will sometimes provide additional information than the printed Navigator, which is placed in staterooms daily. Even with the app, we always carry a copy of the Navigator with us to have for reference. Characters will meet in various locations on the ship throughout the length of the cruise, as well as on Disney’s private island, Castaway Cay. Diva Tip: Note the time and location of the listed character meetings and arrive 10-15 minutes early. This will ensure short wait times. 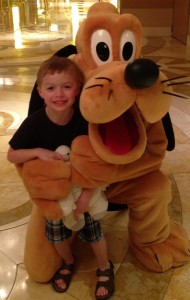 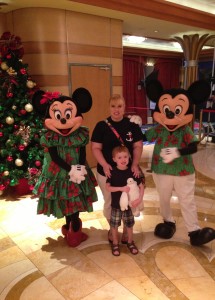 While most of the lines for character meets are small compared to those in the Disney parks, there are some meets that get large crowds. For these character experiences, such as meeting the Anna and Elsa from Frozen and the Disney Princess Gathering (our ship featured Rapunzel, Cinderella, Ariel, Belle and Tiana), tickets are handed out on embarkation day on a first come, first serve basis. Diva Tip: Try to board the ship as early as possible. During online check-in, you can note the time of your arrival. Choose an early embarkation time, grab a Navigator and look for the ticket distribution location and time listed within the Navigator. Tickets go fast, so arriving to the ticket handout when it first begins is a sure way to ensure the special character meetings to gather autographs at a time convenient to your cruise plans. There are numerous opportunities to meet lots of other Disney characters while cruising- no tickets necessary! We did see some of the Disney princesses appear solo at other times during the ship, but Anna and Elsa had no other meets outside of the ticketed event times. 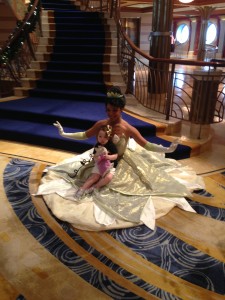 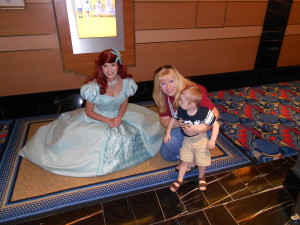 Bumped into Ariel in the hallway! She was so sweet to stop and take a picture with us.

Prior to August of 2015, guests could take special items, like photo frame mats, pillowcases, t-shirts, etc., to Guest Services and have the items magically returned by the end of the cruise, signed by all of the Disney characters. This is no longer allowed, so be aware of these changes. As of now, you can still have these items autographed, but you must wait in line and have each character autograph it individually. 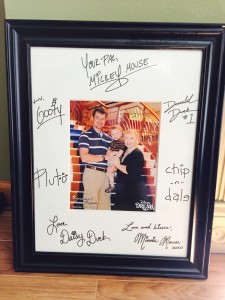 Our favorite autographed item from the cruise.

With the announcement of this past summer’s Frozen themed cruises, celebrations onboard for Halloween on the High Seas and Very Merrytime Cruises for the Christmas holidays, as well as the upcoming Star Wars Day At Sea, the character meetings offered on Disney Cruise Line continues to grow and provide magical meetings on each ship. To see which special characters appear on which ship, (such as Captain America on the Disney Magic), go to the Disney Cruise Line site here. And for more on taking a Disney cruise, check out Cruisin’ Divas tips for first time cruisers here.