Tips for What to Do While Waiting in Line at Disney 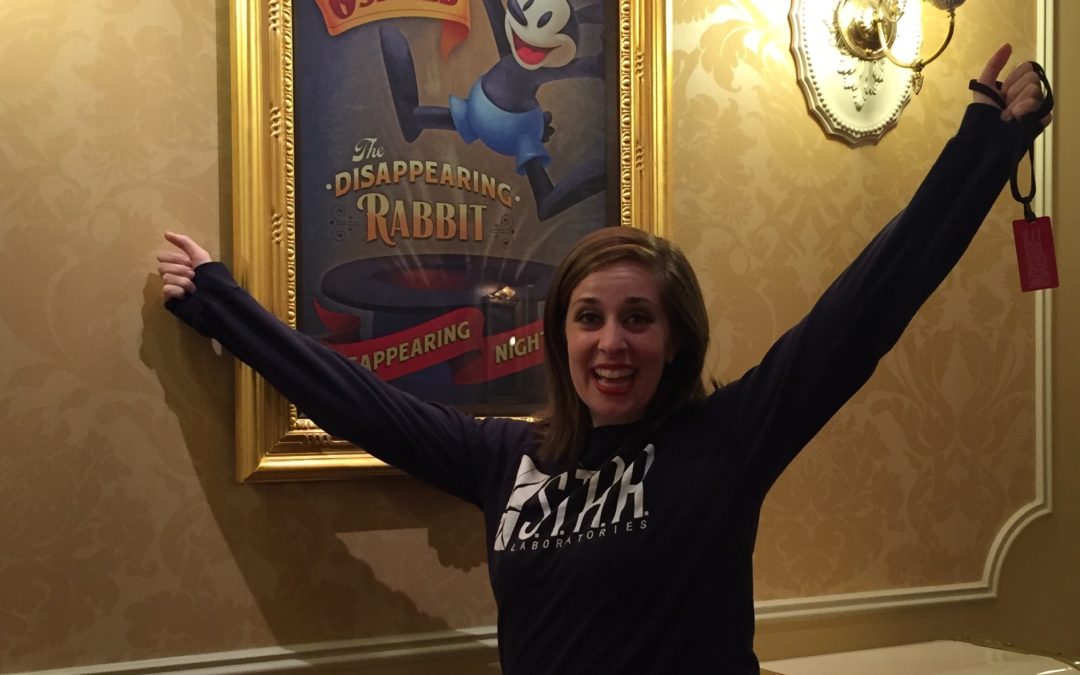 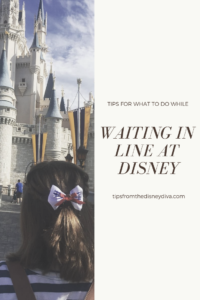 No matter what time of year you visit Walt Disney World, there’s one guaranteed experience at any Disney park – waiting in a line! There’s nothing quite like being excited for your favorite ride to get caught up in a 45-minute wait (or considerably longer) before you and your party boards.  But fear not, there are plenty of fun ways to kill time while you’re in line.

This is by far my favorite way to stay entertained while waiting in line for big rides like Soarin’ or Big Thunder Mountain Railroad. Heads Up is an app you can download onto your smartphone and play with two or more people. First, select a trivia category (like Movies) and hold your phone up to your head. The game will display the title of a movie and the rest of your party will have to give you clues to help you guess the name of the movie on the screen. There are categories for animals, celebrities, accents, characters, and more! Every time I’ve played this in line, my party has made friends with the other groups standing nearby either out of amusement and curiosity or interest in joining in the fun and laughter!

Another game for your phone – and this one helps if you have a portable charger! If you aren’t familiar, Pokemon Go uses your location in the real-world and generates creatures for you to “catch” as you walk around! You can even battle your friends and collect items based on the architecture and scenery around you. There are loads of tasks within the game to keep you occupied while you wait. When I worked for Disney World, playing Pokemon Go on my days off with my friends was a favorite pastime! If you’ve played before when the game was first released and have since forgotten about it, there have been several updates that keep the game fresh and exciting. If it’s new to you, the game is very user-friendly and full of cute characters that make it addictive and fun! If the world of Pokemon isn’t your thing, Jurassic World Alive has a similar setup! 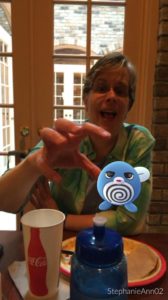 A favorite in my family! If you’re unfamiliar, a Hidden Mickey is three concentric circles in the shape of Mickey’s head that were “hidden” by the Imagineers somewhere inside of the parks. There are hidden mickeys all over Walt Disney World – and other hidden Disney characters too!  It’s kind of like playing “I Spy” (another good game for long lines!), but with a Disney twist. There are plenty of lists and tips online, but talking to the cast member at the entrance of the ride for clues is another good place to start. The hidden mickey in the map on Buzz Lightyear’s Space Ranger Spin is one of my favorites!

Cheesing in line with the artwork and props has always been a laugh for my friends and I! I have always been amazed by the detail that goes into every queue at Walt Disney World that helps bring you into the story. For example, I love the thought that went into the queue at Toy Story Mania that makes you feel like you’re a toy in Andy’s toy box! Some rides, like Seven Dwarfs Mine Train, Peter Pan’s Flight, or The Many Adventures of Winnie the Pooh, have interactive queues that are more obvious photo opportunities. My favorites have been spontaneous – like when I was waiting with a friend to meet Tinkerbell at Town Square Theater in Magic Kingdom. I was incredibly excited to see Oswald, my favorite character, featured in a poster. Photos like these make for fun memories when you get back home! 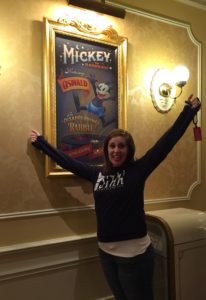 Whatever you do while waiting in line – there’s always a way to have fun, especially at Disney. If you’ve got any favorites, we’d love to hear about them in the comments below!