One of the most popular restaurants in all of Walt Disney World is located in the new Fantasyland area of Magic Kingdom. Since it’s opening in 2012, Be Our Guest Restaurant reservations have been highly sought after and often very difficult to book. If you want to eat at Be Our Guest, you better have a reservation, and if you want one, you better book at least 180 days out from your Disney Resort room reservation. Over time, it has become slightly easier to land a reservation though it can still be difficult.

One unique aspect of this popular restaurant is that Be Our Guest is a quick service restaurant for lunch and a table service restaurant for dinner. Now, at one point Disney ran a test where lunch at Be Our Guest was only possible as a FastPass. That is no longer the case, though a reservation is for lunch is highly recommended, even though it’s a quick service. I suppose you could just show up and hope for the best, but that is not recommended because you’ll probably be turned away. You may be interested in knowing that Be Our Guest is now also open for breakfast! Personally, I’ve never had breakfast here, but I’ve heard it’s nothing to write home about. 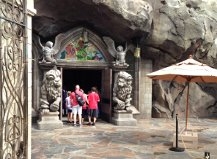 Many people have questioned why it’s so popular. There could be many reasons. For one, it’s the only place in Magic Kingdom in which you can order wine or beer. One reason could be the gorgeous surroundings. It’s almost as if you’re walking into the movie itself. Another reason could be the Grey Stuff. It is delicious after all. 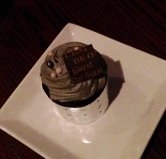 So should you go for lunch, dinner, or both? The menu of Be Our Guest features American and French cuisine. I would recommend checking out the menu on the Walt Disney World website. There really isn’t that huge of difference between the two other than a few entrée changes and pricing. The biggest difference I noticed is the Grey Stuff. It’s available for both lunch and dinner, but is offered in different forms. For lunch, you’ll find more of a Grey Stuff cupcake, where as with dinner, you’ll receive more a cake. Personally, I prefer the lunch variety. I find the cake to be lighter while the dinner cake is a bit on the dry side.

Other than menu items, you’ll find a few other differences between lunch and dinner. For instance, you’ll get your own drinks for lunch, while they are brought to you for dinner. The way you order your food will vary as well. One of the biggest differences that many people fail to realize is that the Beast himself is available for photos, but only for dinner. Many people book a lunch reservation and are disappointed when they don’t get to meet the Beast. Don’t be one of these people; know before you go! 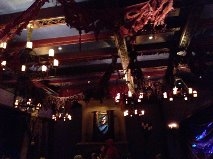 If you get the opportunity, I would highly recommend doing both lunch and dinner at some point. To be honest, I’m glad I’ve eaten there, but I’m not all that impressed with the Be Our Guest menu. The food’s not bad; I’m just indifferent about it. I’ll certainly return, but mostly for the atmosphere. Not to mention that there really is a lack of table service restaurants in Magic Kingdom. I don’t know about you, but I’m not interested in leaving a park to go eat. The most I’m willing to do is hop on the Monorail or a boat to leave the park, but I’m certainly not moving my car or taking a bus to go across property. So Be Our Guest will most likely be on our dining reservations. What about you?