Top 10 Disney Villains NOT to Invite to Your BBQ 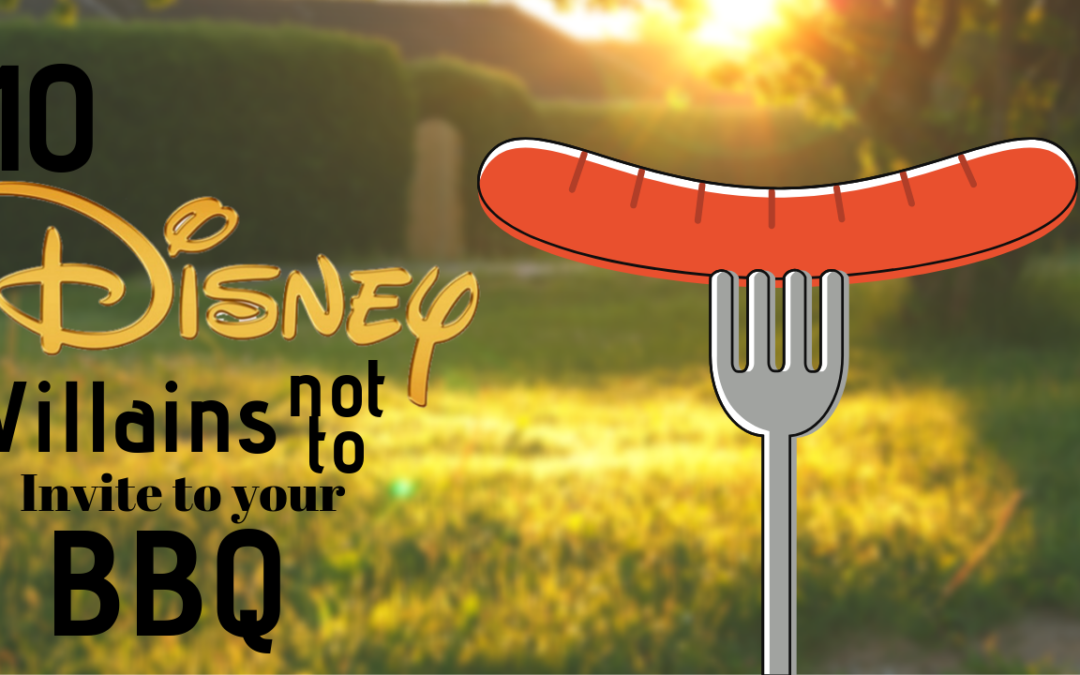 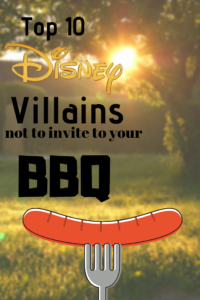 Summer is almost over so it’s almost time to get in your last really big BBQ. Now you’re a champion so you aren’t just going to throw a measly “cook a couple burgers and be done” meal. No. This is the BBQ to end all BBQ’s!

Everyone is invited. And when you ran out of friends and family, you read our amazing and quite popular article on writing letters to Disney characters and said to yourself “Self, I’m going to invite all the Disney characters over too!”

And so in your excitement, you write approximately 4000 letters addressed to every Disney character ever but WAIT!

Before you send them, make sure you don’t send an invite to these 10 Disney villains that will surely ruin your day:

The Top 10 Disney Villains NOT to Invite to Your Summer BBQ:

He’s a Lion. He’ll probably eat all of the meat because that’s what lions do. While we’re at it, you should probably un-invite Simba for similar reasons. Don’t worry about sending an un-invite to Mufasa though. Scar has it covered. 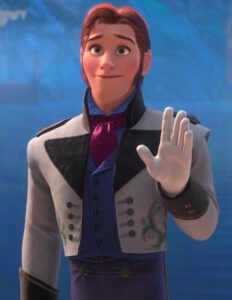 Don’t let his kind face fool you! He’s been trained to get in your good graces right before he literally stabs you in the back!
Image provided for promotional use.

He’ll plot and attempt to take over the grill the whole time because he’s “the youngest of 12 brothers and none of them would cook him hot dogs at their family BBQ’s!” And then after he finishes complaining about that, he’ll take all of the pulled pork sandwiches and somehow convince everyone that it was their idea that he have it! and after that is over and you point out the problem with the logic he’ll probably try to assassinate you because Hans is straight out of Game of Thrones or something. He’s scary.

You don’t invite Gaston for a different reason. He’ll come to your BBQ anyway, but if you invite him then he’ll assume that his inclusion is enough. If you don’t invite him, then he’ll come but bring some very good venison burgers so he can get on everybody’s good side. (He is an accomplished hunter after all)

The problem is that he’s super sexist, but so is that uncle you keep inviting. Put the two of them on the same table away from the rest of the group and it’s probably ok. Probably.

6- Evil Queen (from Snow White and the Seven Dwarfs)

Because for the potluck she’d bring an apple pie and suddenly half of the party is passed out. 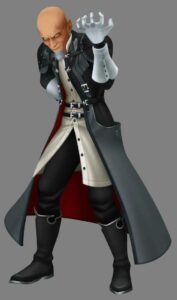 All he talks about is Darkness. Not really the most exciting conversationalist. And then he’ll invite his 47 clones with him and you’ll be out of food and confused at the story plot points from Kingdom Hearts.

Well look at that! that is a nice she-shed you’ve got there. A fitting monument to the wonderful woman of the house. Too bad vanity is a sin and Claude Frollo is kind of a pyromaniac…

Fireworks are fun, but not that close to the house. He’s loud and obnoxious. Plus I have a rather impressive collection of Woody and Buzz toys and I don’t want him anywhere near them. All of this goes double for his dog Scud.

Here’s the problem. Everyone votes for a game to play and the popular vote is Frisbee, but since the Queen of Hearts is mean, British, and mean, she wants to play croquet rather than frisbee. She’s outvoted, but then she talks about heads getting cut off and so we all have to play croquet instead. After she pulls out all of the pink flamingo lawn ornaments, you start the game but since you don’t live in Wonderland (?) physics actually works and the Queen loses she starts the whole head thing all over again. Total buzzkill. 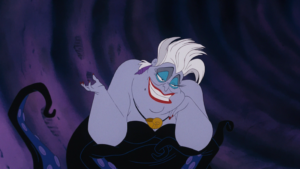 She’s part squid. That means that she’s all inky and gross and that will never get out of the upholstery. And when she’s not inking up the place, she’s kicking the kids out of the kiddie pool because she’s a fish. And her one parlor trick of being able to mimic people’s voices is suspicious at best and harmful at most.

There you go. The top 10 Disney villains you should not invite to a summer BBQ. Really. Your day will be better without them. Don’t do it.

Now lets turn this around. Who are some Disney villains you would invite to your BBQ? Let me know in the comments below and remember to always keep wishing on stars.