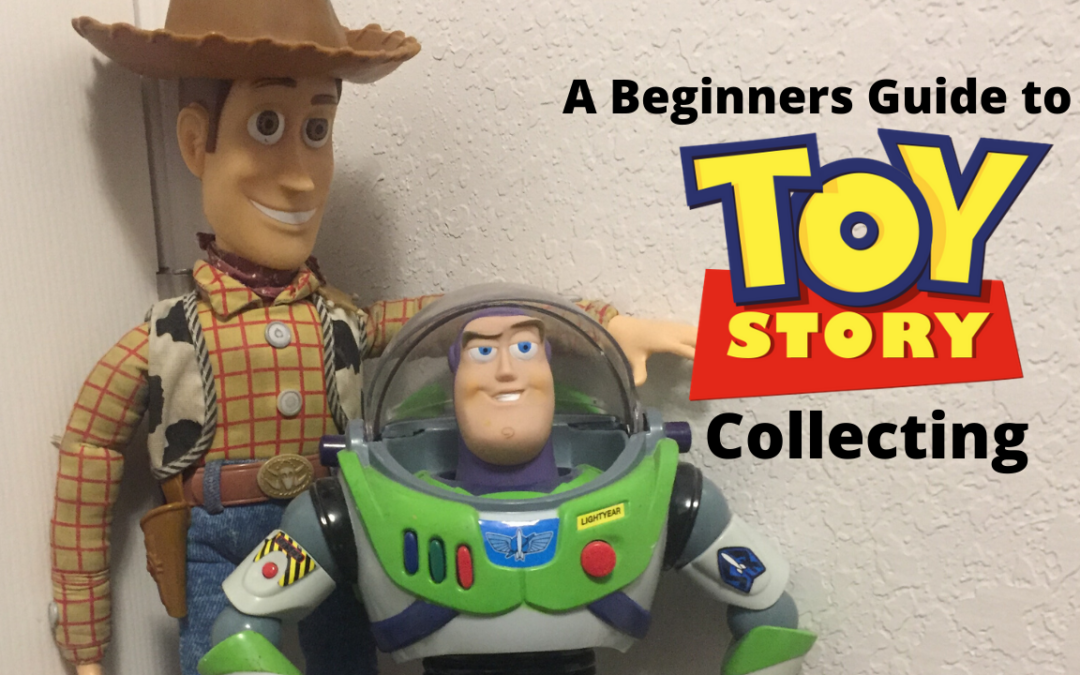 We could be here all day talking about Toy Story collecting and the ins and outs of it, but I thought that today we could simplify and give you some things to look out for. So here is The Beginners Guide to Toy Story Collecting. 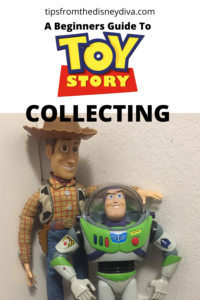 Hmm… what if I were to share this with family and friends on social media… ho ho ho! Delightfully Devilish!

Before we start breaking down specific eras, we need to remember that there are a few general rules to keep in mind if you’re expecting to make money or retain value in any collection, particularly Toy collections:

You must always have the box included and unopened. Each ding to a box or twist tie was undone or box opened lowers the value substantially.

As with any collection- First editions of toys will always be worth more. I will talk about this later, but sometimes small edits are made in between releases of toys and it can change everything.

And very few people get rich from collecting toys. Collecting anything won’t guarantee you’ll make a profit or even a return on your investment. Please don’t get into collecting for the money, get into it because you enjoy the search!

This list will be using the benchmarks of Woody and Buzz movie-scale figures (the same size they would be in the movie) as that seems to be the center that all of the other toys are judged against. If you have questions about specific toys then I’d suggest you check out the Toy Story Merchandise Wiki for background information and how to search for prices on eBay and Amazon. 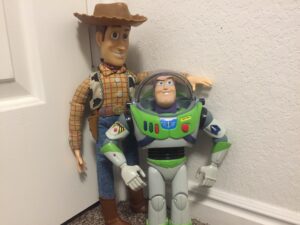 Early editions of Woody and Buzz. note the more subdued colors on buzz (his purple is almost blue) and the height difference between the two.

Our first stop in our Toy Story Collecting Guide is where it all begins: 1995. Toy Story is in the prime spot for collectors which is to say that it wasn’t believed in before the movie and then after the movie, it was in demand. That means that this is probably the most expensive and rewarding era of TS to collect.

How can you tell if your toy is from this era? It’s pretty easy actually. Disney’s merchandising contracts with Pixar gave Disney all the money from merchandising and so only the Disney name will appear on the toy. If the information on the toy says “Disney/ Pixar” then you don’t have an original piece but likely a re-release from circa 1997-2001.

Bonus tip: Hey! I Have a 25-year-old woody! But there’s a secret edit to the toy. The original had a metal wire skeleton inside that allowed posing but was also deemed a hazard later. There was also a smaller pull string ring. So, if you don’t have a wire in the middle of the toy then you don’t have an original. Sorry.

Values for this era are tricky. But if you have a Woody or Buzz figure in its original box then you can look at numbers around $200. There are some Buzz Lightyear variants like a Chrome one and several color variants that can go for much more. Keep in mind that you may search for a very long time before you find them since it’s been 25 years and not many of those toys are going to be in their boxes anymore or in the best condition. A loose figure should be about 10-15 dollars or less.

Next up in our Toy Story Collecting Guide is the second movie. TS2 was very similar to the series of toys released for TS1 save that they introduce the new characters. Jessie brought a lot of unique collecting opportunities as a toy aimed at girls rather than boys and Barbie released a few tie-in dolls as well.

This doesn’t last very long however and makes way for:

This is my favorite merchandise line from Toy Story and it’s probably the most acquired one as far as toys you have in your basement. Tons of toys and collectibles were released from this line and it’s fairly easy to identify these toys just by looking at them.

These toys have a HUGE range of value but for completionists out there a lot of these toys can be hard to come by, especially in the later years of the line. I recently acquired a toy for $50 in a box after two years of never seeing it go below $150! I am, what we in the business call, lucky.

If you have one of these toys in the box, then they can sit around $50-$150 depending on the model and year. If you have one out of the box and missing the secondary accessories then your best chance is maybe $10. At that point, just keep the toy and play with it.

Bonus tip: For those interested, the TV series Buzz Lightyear of Star Command is included in this line in marketing. Keep that in mind if you’re into collecting obscure Disney merch.

This line was huge and probably deserves it’s own Toy Story Collecting Guide at some point, but for now, know that the cool part of this line is the accessories and different color variants in movie sized and smaller scale figures and toys. It’s a fun place to start collecting and it provides a moderate challenge that I’d recommend if you’re new to collecting generally.

Once TS3 started taking off, toy story collecting was re-invigorated with the Toy Story Collection. These are toys (accurately or not) advertised as built from Pixar’s computer data and made with the best materials (slightly different colored plastic).

The big appeal, I think, are the boxes. All the boxes included are meant to be screen accurate as well or canonically appropriate. For instance, we never see Woody’s original box in the movies but the TS collection provides an example.

But even here not all toys are created equal. The early line was the “Toy Story Signature Collection” and is identified with the “clouds” logo. Some of the toys inside are built differently (Woody has actual denim jeans rather than printed cotton-like later) and are worth more monetarily speaking than the later ones with the gold label.

This is the most expensive way to collect Toy Story in the long run. Almost every toy that appears in a major way in the movies has an entry into this line and some, like RC or Hamm, weren’t produced for that long making their prices skyrocket. Be sure to check around and make sure you’re getting a good deal on these before you buy.

I’ve seen certain toys and figures from this line go up to ridiculous prices of $300 and above. If you have one of the rarer figures then you, my friend, are a very lucky person. But as you can probably imagine, Woody, Buzz, and Jessie have had steady releases for the past 10 years and are not worth that much in the long run. In the box, maybe $45. 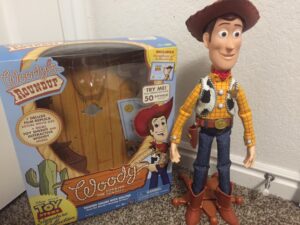 The big appeal to the “Toy Story Collection” is the packaging. each comes in a unique box and a certificate of authentication.

Some items are worth something to the right collector. Here I only gave a summary of the main toy lines but things like the 1995 Burger King toys or the 1999 McDonald’s candy dispensers or the Disney On Ice Lenny go for quite a bit. There’s also some REALLY obscure stuff. Japan, for example, got TONS of exclusive action figures and furnishings that go for quite a bit in US markets.

But like I said, This Toy Story collecting guide isn’t meant to be comprehensive but as a starting point. What I would recommend you do from here though is find a Facebook group that focuses on Toy Story collecting. I’m part of a few and I’ve learned a lot from being there. There’s also a handy Toy Story Merchandise Wiki where you can find a lot of information on a lot of specific toys.

In any case, those are the tips I have for you today. Let’s talk about your crazy finds in the comments below and remember to keep wishing on stars.