Traveling to Disneyland in February 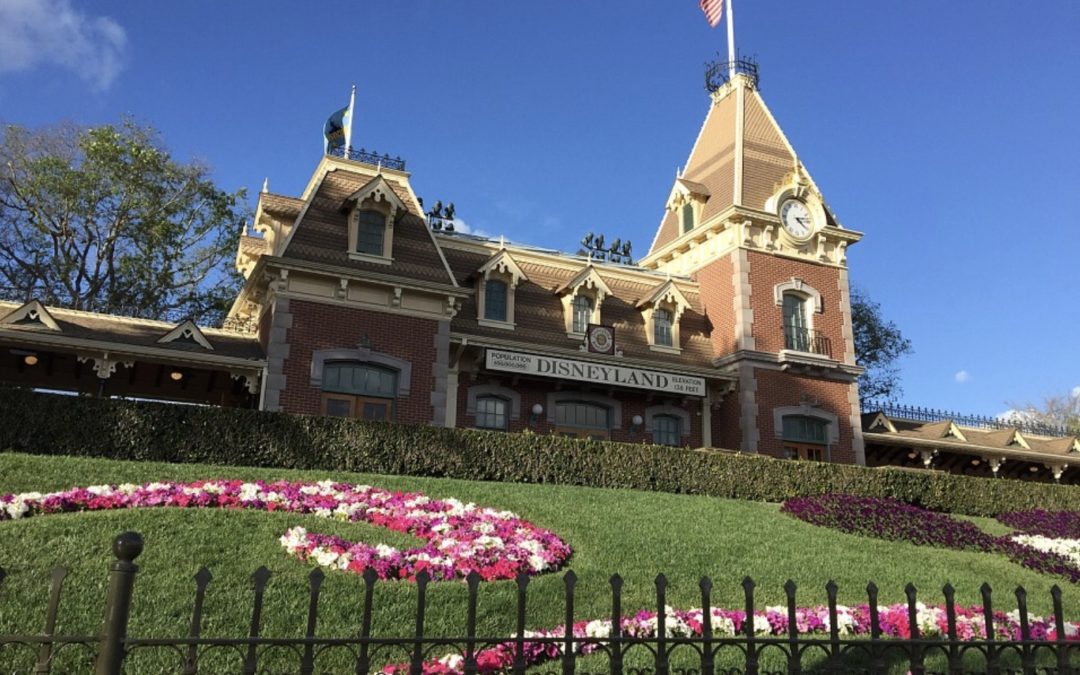 February is one of the best months, in my opinion, to visit Disneyland.  The weather is decent, the crowds aren’t very bad and most importantly, the most affordable time for us to go. 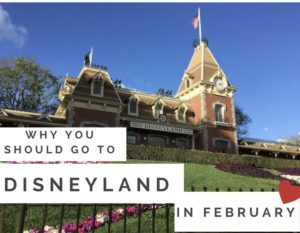 I live up in the Pacific Northwest so in February true winter weather really sets in, the buzz of the holidays are long gone, and we are so ready for a break away from home.  So planning a trip to our favorite destination, Disneyland, is always fun and filled with excitement for us all (no matter how many times we have been there).  Still hesitant about traveling to DL in February? Let me share with you a few of my tips…

Tip #1 Affordability to go to Disneyland

Airfare is usually at its lowest price during the month of February and many airlines offer specials and run promotions. There are many free airline shopping apps that can send you alerts to when your favorite destinations have airfare deals. I’ve used the Hopper app in the past, but there are many others.  Hotels also have very low rates, including Disneyland Resort Hotels. I have even chatted with Disney reservation cast members inquiring about when the lowest rates are for the Grand California Hotel at DL.  They confirmed that the end of January and most the month of February have the lowest rates. (Unfortunately not low enough for me, but we hope to stay there one day). 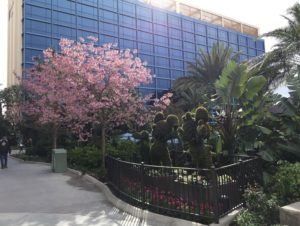 Disneyland has some of the lowest crowds in the month of February out of the whole year, which is my second favorite reason why I like to visit then.  Of course, weekends tend to always be busier then weekdays, but still is very comfortable. Take a look and google “Disneyland crowds in February” you might be pleasantly surprised. 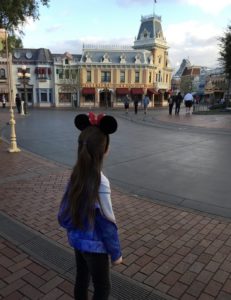 Tip #3 Weather at Disneyland in February

So as always you want to be prepared as in any Disney vacation. I find the weather at Disneyland in February wonderful! I am not a huge fan of the heat and being sweaty while I stand in line in a tight fitting que for 45 minutes just to ride Peter Pan, no thanks.  In February it is so nice, the mornings have a crisp freshness, that you can feel in the air, while walking around after rope drop, then the morning overcast usually blows away by lunch and the sun emerges.  Evenings, as always at Disneyland, can be breezy with a chill, so always make sure you have a light/medium jacket or sweatshirt (unless you want to splurge and spend $50 for one at DL).  Ok rain, yes it does sometimes rain in sunny old California folks. I suggest watching the weather as with any trip. If a chance of rain is in your trip forecast, think about packing a few of those handy rain ponchos instead of a raincoat. Honestly, just grab a few from your local dollar store or Amazon , they are so cheap and take up hardly any space in your luggage.  Yes, you can buy ponchos at Disney if you like, but last I checked they were about $12 each! I rather spend my $12 on a few Dole Whips myself. 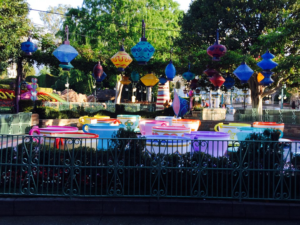 Typically, since crowds are usually at a low point, the parks aren’t open as long as the busy months. But on average, the parks are open for about 10-12 hours during weekdays and about 15-16 hours a day on weekends. But that’s plenary of time, especially if you have younger children.  There are always a few rides/attractions closed for refurbishment during this time.  Almost every trip I’ve been on Splash Mountain is usually always closed and along with a couple of others, but that depends on when you go.  (Small World I’m looking in your direction) Make sure to check Disneyland’s current Refurbishment Schedule here. 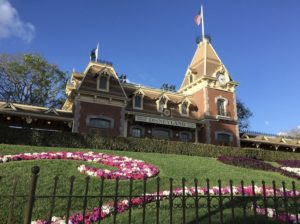 Disneyland in February, yes you can

So I hope that reading this article has helped in some way with planning your next trip to Disneyland or at least calmed any fears about visiting the parks in February.