Tribute to the Disneyland Band 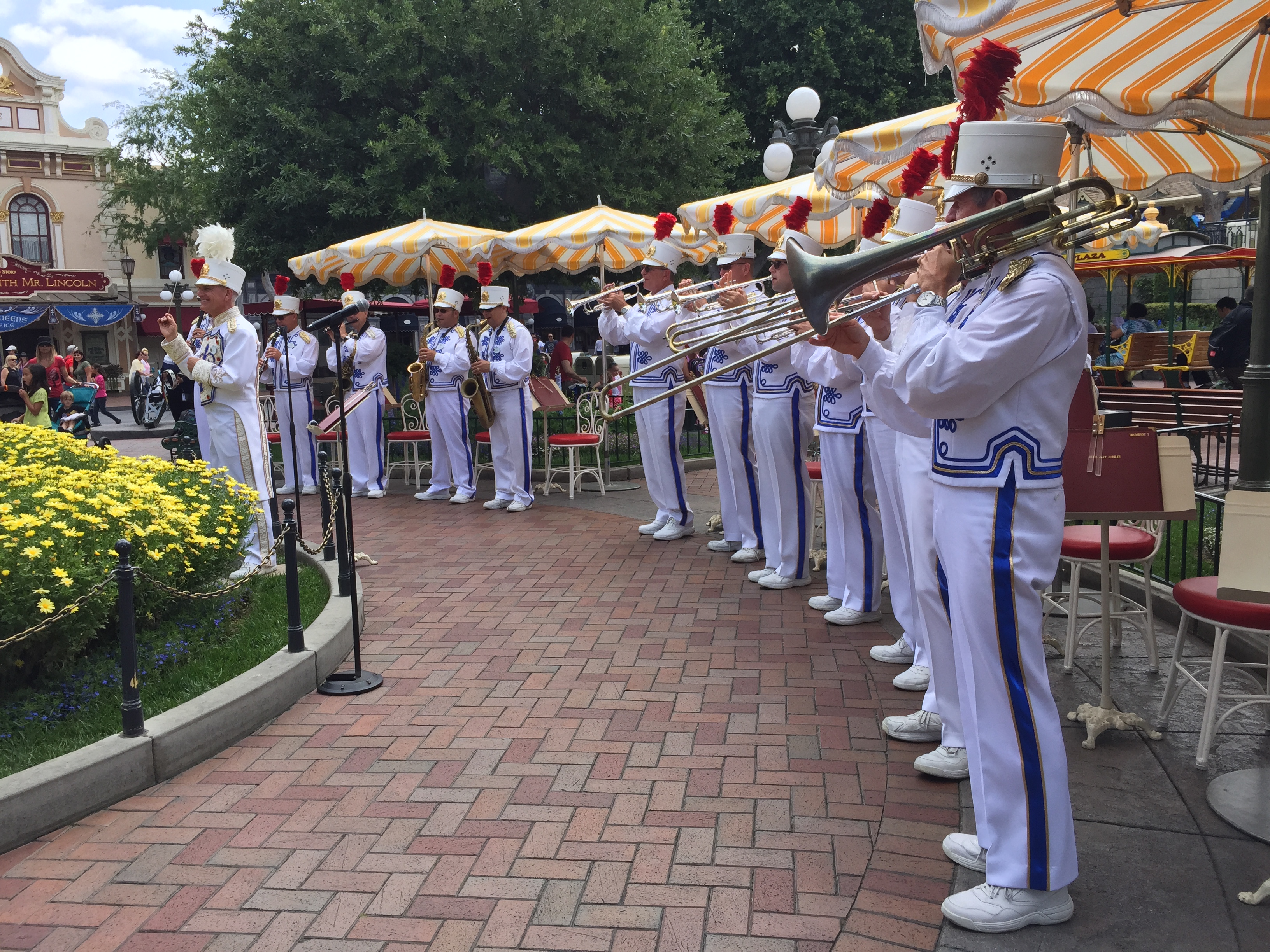 The Disneyland Band has been a staple since the park first opened in 1955. Originally hired for 2 weeks, this famous brass band became so loved, that they have marched their way into the hearts of guests for 60 years. This year however, the band is getting a makeover for the 60th Anniversary Diamond Celebration. This article is in tribute to the “original” Disneyland Band that has greeted guests since park opening, in light of the new band that is debuting this year. 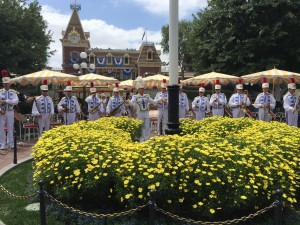 Today you can see the Disneyland Band during the Opening Park Ceremony out front, as well as during the Flag Retreat every day. However they also have their own set of performances in front of the flag pole on Main Street where they sit together and entertain guests. Outfitted with white uniforms and a touch of blue detailing, as well as a dapper cap with red plumage, they march together onto Main Street loud and proud. In fact, this band has marched more than 3,500 marching miles over the years playing nearly every day. They must have some aching feet! It’s a good thing that part of their performance is done sitting down. 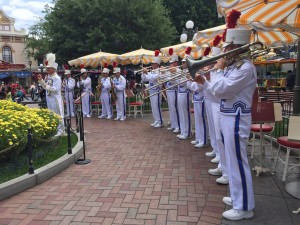 Seated they pull out all the stops blowing trombones, trumpets, and even banging a set of drums to get the crowd pumping. We hear some good old Disney classics from the band, including a Jungle Book Medley and a familiar tune from Monsters Inc. There are over 400 pieces in the Disneyland Band repertoire – they need a lot to play with for their over 90,000 performances since 1955! They also bring out some jazz tunes, with a hint of New Orleans flare to add some personality to the band. But the music isn’t all we see of their personalities. There is a lot of snapping, toe tapping, and some even singing along to their tunes during their performance! You can tell they are having a great time out there, making our times even more magical! One or two even stand up and jive to the music as they give their solos a go. And of course, they are ALWAYS smiling! 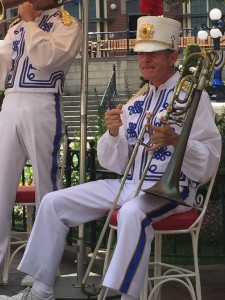 This magical group we call the Disneyland Band has played into our hearts for 60 years, bringing tunes from all over the world and blending them with a Disney touch. They have remained classic and timeless with many members being part of the band since its’ beginning years (the longest member going on 44 years). Unfortunately this traditional group is being disbanded and re-imagined for Disneyland’s 60th anniversary. It is said that all members must re-audition and many might not make the cut. The new Disneyland Band is to have a fresher look and new sound that might cater to younger audiences. While this will be a change that sends original band members apart, it might also breathe new life into an old fashioned set of performances. All in all, we should take in one last performance of the Disneyland Band as we know it today, their last performance being on July 16, and be prepared to welcome the revamped Disneyland Band as it sheds its skin and recreates the music of Disneyland in a new and exciting way. 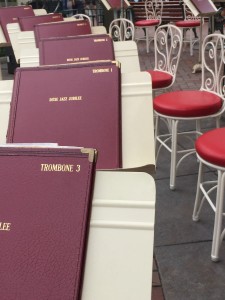