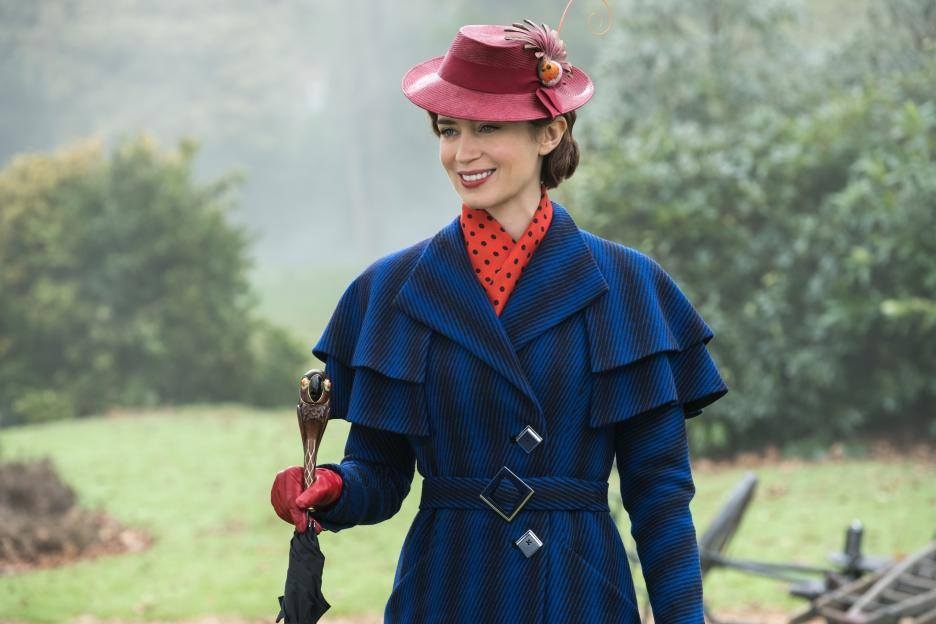 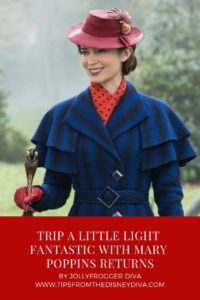 Mary Poppins has always been one of my favorite movies. I can remember watching it countless times as a child, fascinated how the movie switches from live action to animation and back again so seamlessly. The combination of Julie Andrews and Dick Van Dyke is genius- they are both as talented vocally as they are as actors. The movie itself is full of fun, catchy songs, and has withstood the test of time to become a classic for many generations.

When I heard Disney was making another Mary Poppins movie, my first reaction was one of horror. I knew no actress could ever touch Julie Andrew’s performance as Mary Poppins and I had no plans to see whatever they came up with. Then I heard it wasn’t a remake, but rather a sequel, and I became a little more intrigued. After seeing the first teaser for Mary Poppins Returns, I started to think that perhaps I had been hasty in judging the movie before I knew anything about it. The more trailers I saw for the movie, the more convinced I became that Disney knew what they were doing and that I needed to give the movie a fair shot. Sure enough, it was fantastic and, to quote the movie, “[my] first impression was mistook”. 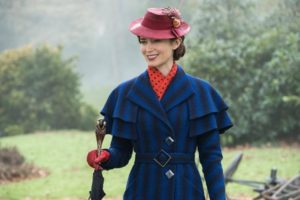 My first concern was Disney’s choice of casting when it comes to Mary Poppins. I have always been a huge Julie Andrews fan and couldn’t imagine anyone else being able to do the role justice. When I first heard that Emily Blunt had been chosen for the role, I was a bit intrigued. I have seen other movies Emily Blunt had been in and knew from Into the Woods that she was a talented singer as well as actress.  I actually pulled up a picture of Julie Andrews as Mary Poppins and put it next to a picture of Emily in the same role, and they look surprisingly similar. After seeing the movie, I can say that she blew the role away. She really is a fantastic singer and they definitely did a great job showcasing her vocal talents in the movie. Her version of Mary Poppins was the same fun, caring, witty character I’d come to love, although I did feel she came across a bit more condescending than I’m used to Mary Poppins being. 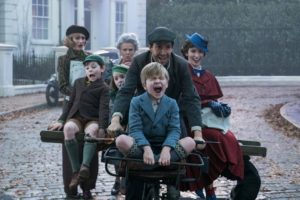 As concerned as I was about the casting of Emily Blunt, I was equally excited to see Lin-Manuel Miranda in the role of Jack. I haven’t him in anything that I haven’t thoroughly enjoyed. For those of you who haven’t seen the movie yet, Jack is the Bert of this movie- the wise, hard working, knows more about Mary than he lets on character. Lin-Manuel Miranda does a fantastic job in this role- he’s funny, heart-warming, and charming. I was also excited to see that Meryl Streep and Julie Walters in the cast, as I love them both in “Mamma Mia”.  Be sure to watch for an appearance from Dick Van Dyke and Angela Landsbury as well.

Just like in the original movie, Mary Poppins Returns does a fantastic job of seamlessly blending live-action and animation for some of the scenes. In fact, they go so far as to make the clothes the actors are wearing look animated as well, which I thought was a particularly awesome effect. If you’re a fan of the dancing penguins from the original Mary Poppins, you’ll be excited to see them join Mary for a musical number in this movie as well. 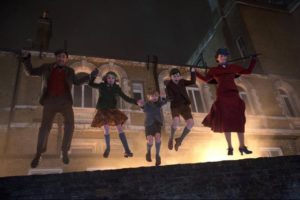 Speaking of music, be prepared to find yourself humming one of the songs from Mary Poppins Returns well after the movie is over. In fact, I am listening to the soundtrack for inspiration as I write this review. Much like the original, expect fun, whimsical, can’t-get-it-out-of-your-head-for-days musical numbers that do a great job showcasing how vocally talented the cast really is. Marc Shaiman and Scott Wittman did a fantastic job of creating a new score that sounds like it came straight out of the golden-age of musicals and it really helps the film feel more like the Mary Poppins I already knew and loved. 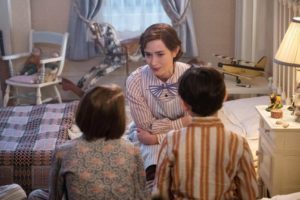 Perhaps my favorite part of Mary Poppins Returns is the way they make countless references to the original movie while still telling a new story. Michael and Jane, the children from the first movie, are now the parental figures of the story and in need of Mary Poppin’s help once again. Ellen is still the maid although given her age in the first movie she’d have to be ancient in the second. The kite from the first movie is just as pivotal in this tale, although in a new way. Be sure to listen for snippets from the original musical score in the instrumental segments between scenes, as well as a few in the script itself. Dick Van Dyke even reprises one of his roles from the first movie. I’m sure I could watch the movie again and find many more I missed the first time. I love that they were able to evoke a sense of nostalgia without overpowering the current movie’s plot.

Overall, I found Mary Poppins Returns to be as Mary says, “practically perfect in every way”. The cast does a fantastic job, the musical score is amazing, and it had everything I loved about the original Mary Poppins. The movie does touch on the loss of the children’s Mother, which was a bit difficult for me since it hasn’t been that long since I lost my own Mom, but overall it’s a wonderful light-hearted movie that’s bound to be as much a classic as the first movie was. Although my kids aren’t old enough to sit through a movie in the theater yet, I’m sure they will love it just as much as I did when we’re able to watch it together at home. I am so glad I decided to see this movie- if you have any reservations of your own, consider putting them a side and giving it a chance.