Twisted Tale; A Muppet’s Version of The Fight For Independence 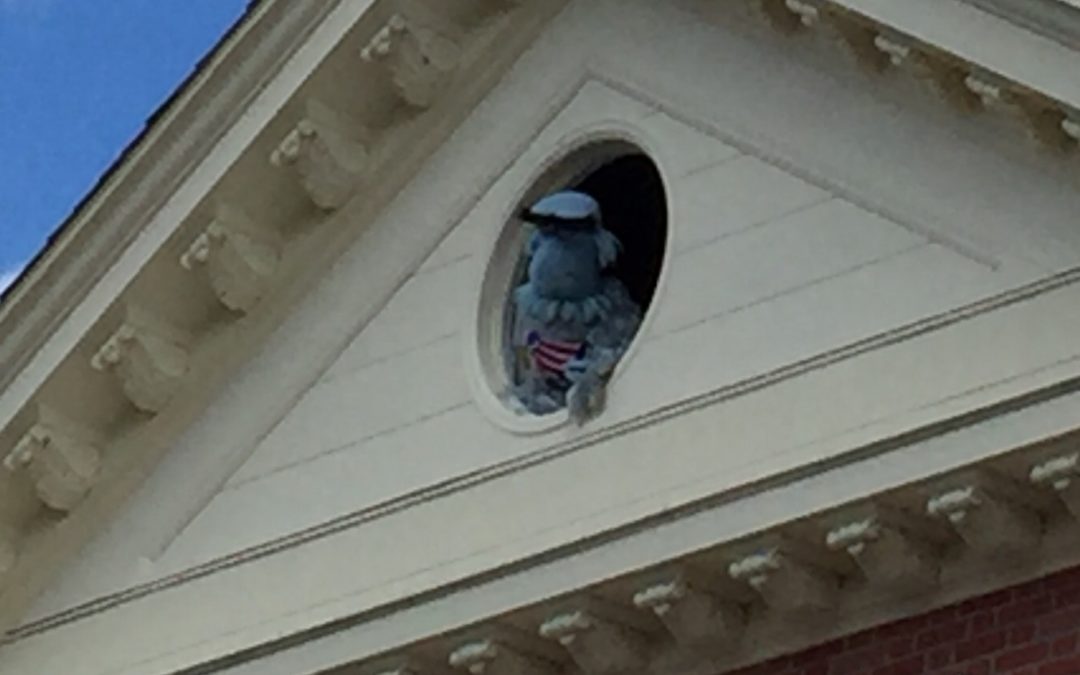 I recently had the pleasure of catching the new Muppet Attraction at Liberty Square just after it debuted, and I have to say it’s quite entertaining. It takes place above The Hall of Presidents and in the upper windows of the building to The Hall’s right. This makes it easy viewing for all in attendance which means it’s one of the few attractions you can still get a good view of even once it’s begun. 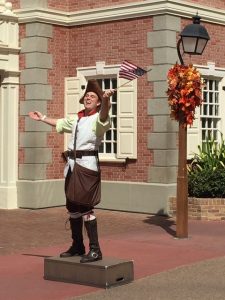 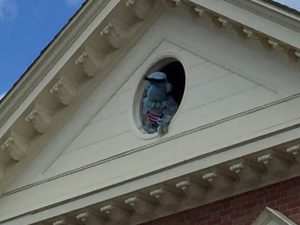 The concept is brilliant as The Muppet crew take the story of America’s independence and add their corny brand of family humor and music to the historical event, complete with a town crier. The cast includes Sam Eagle, Kermit, Fozzy, Gonzo and Miss Piggy who, despite a lack of female historical characters, manages to assert herself and inject some girl power into the re-telling of the well known story. 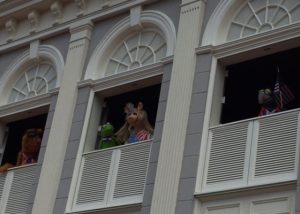 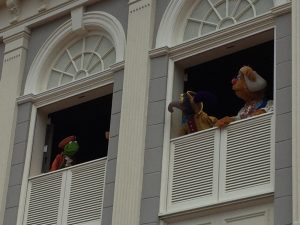 I must admit there was an instance where my own patriotism was tested and I almost walked away as the crowd was encouraged to denounce and chant down King George; but, reminding myself that I’m a professional writer, I put my bruised ego aside and continued watching using my British heritage’s stiff upper lip to press on. I stayed calm and carried on as they say, and was very glad I did. Not only was the show entertaining with the personalities of the well known characters infused into the story, but the music was catchy and, in the end, it compelled me to do something I’d never done on any of my other countless visits to the Disney Parks; I went to The Hall of Presidents. 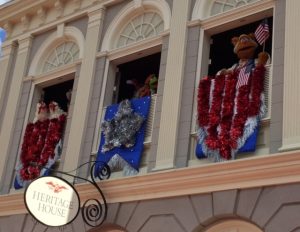 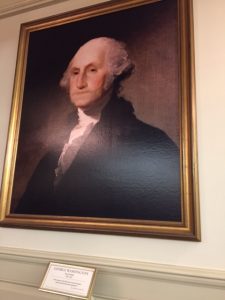 I have no doubt that this new attraction will encourage many others who may have skipped the Hall of Presidents otherwise, to add it to their list of activities, and they’d be wise to do so. These two attractions are a great compliment to one another and as Disney have proven themselves to be masters at, they evoke a sense of pride even in those of us who were on the other side of history. 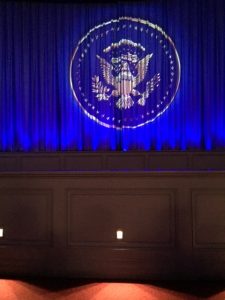