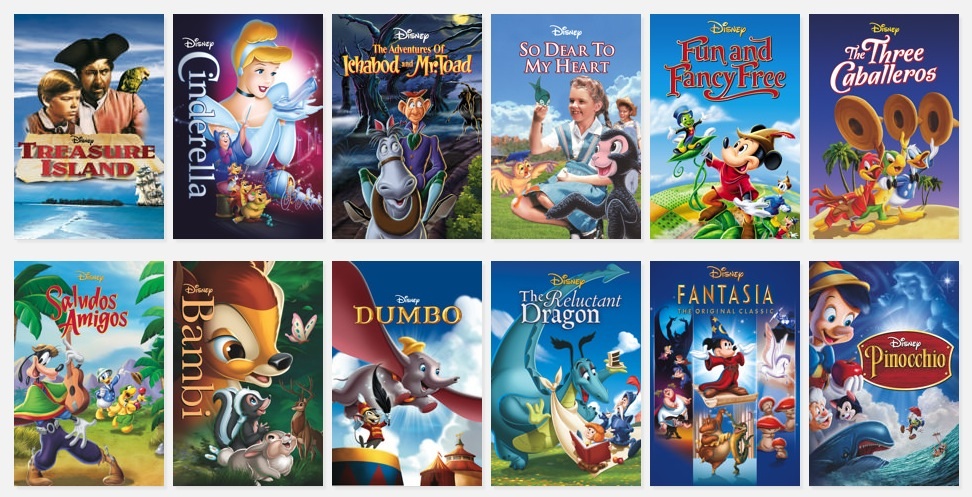 You must be a Disney fan. I make that assumption based on the fact that you are reading this article. There are many different types of Disney fans and there are many different sides of Disney to love! Maybe you just love the Disney parks. Maybe you love the cute relatable characters. Maybe you’re a lot like me; I just love everything about Disney. Regardless of what you love about Disney, there is one thing you can not deny- Disney’s roots are in film.

Walt Disney wasn’t just a good filmmaker, he was a pioneer. Much of what we enjoy today in film is due to a man who thought “It’s kind of fun to do the impossible.” In 1937, Walt Disney produced Snow White and the Seven Dwarfs, which was the very first full-length cell animated feature film. I’m sure that back in 1937 many people thought that a silly cartoon would never make it as a full length feature film, but as you know Disney proved that it could be done.

I would love to know what was going through Walt’s mind in that little Holly-Vermont Reality office while working with Roy on the Alice Comedies. Did he know? Of all the things that he was able to dream up, how many of them were in his imagination at that time? It’s all really mind-boggling to me. I can’t even imagine all the things he had growing in his mind. Of course we all know that he had a mouse growing in his imagination in 1928.

Now I could be here all day long talking to you about the many innovations that were created by Disney and how the company began to grow. And maybe in the future I can do that. But here is where we need to flash forward and talk about today. I think we can all agree that Frozen has been a phenomenon. Maleficent has made us rethink how we feel about villains. There are other sides to the story, after all. And don’t get me started about Big Hero 6, Into The Woods, and Cinderella. 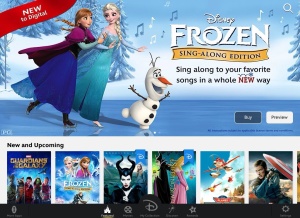 We all know that you can go into most stores today and purchase Disney DVDs and Blue-rays. And here’s where I’m going to give you my Devo tip! Buy the combo pack! In my opinion, the DVD, Blue-ray, digital copy combo packs are the way to go! But you may say “I don’t have a Blue-ray player.” But maybe one day you will. And even if you don’t have a Blue-ray player, I still think it’s worth it. Why? Disney Movies Anywhere. If you don’t already know, Disney has created a free app for tablets and smart phones called Disney Movies Anywhere. When they released it for Apple, you received a free copy of The Incredibles when you downloaded the app. And now it is available for Android and you can receive a free copy of Wreck It Ralph when you download the app. Disney Movies Anywhere is great because you can store your favorite Disney movies right there on your device. You can actually purchase a digital copy of any Disney movie right there in the app, or if you purchased the combo pack, you can store that digital copy in the app. 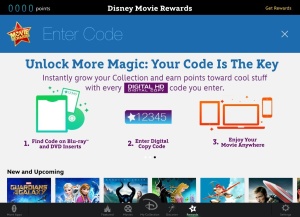 Which brings me to Disney Movie Rewards. You know about that, right? If you don’t, you really should. You don’t have to have the Disney Movies Anywhere app to take advantage Disney Movie Rewards, but they do work together very nicely. Go to disneymovierewards.go.com and set up your account. You’ll use the same log in information that you use at any of the Disney websites. Disney Store? Walt Disney World? Yep, same log in credentials. The only Disney website that requires different log in credentials is the D23 membership website. Most, if not all, Disney movies come with a Movie Rewards code that you can input in return for a certain amount of points. You let your points add up and  eventually you’ll be able to cash in those points for some pretty cool items. You’ll find collectibles, movies, and toys that can be purchased using your movie rewards. There’s also many free activities and templates that can be downloaded. And some people may not know that Disney has a disc replacement program. If your DVD or Blue-ray becomes destroyed, you can pay a small fee to have them replaced. Of course, you’ll need to have your discs registered before hand. The good news is that when you input your Movie Rewards code, that registers your discs! 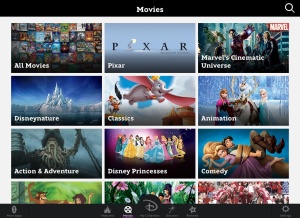 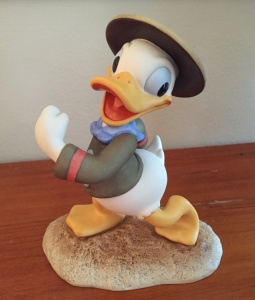 So now you may ask “Why do I need to do all this?” And I would ask “Why not?” You love Disney movies, you’re going to buy them, so why not take advantage of the rewards? I’ve cashed in my rewards a few times and have been able to add some pretty nice collectibles to my Disney collection. Why have Disney Movies Anywhere? So you can take your favorite Disney movies with you! I can see how this option would be great for parents. If you’re a parent, I’m sure you can agree that there have been moments when you wished you could just sit your child in front of a television and let them watch a good Disney movie. Now you can. Even in the middle of an airport.

I really think that we are going to see some new things from Disney Movies Anywhere. In fact, Disney just recently announced that the app will now work with VUDU, so I’m sure there are many new things to come. And really, even if you don’t download any movies in the app, you can use the app to check out previous, new, and upcoming movies from Disney. You can get release dates, movie information, and even watch trailers. The app itself is free so there really isn’t a reason for a Disney fan to live without it.