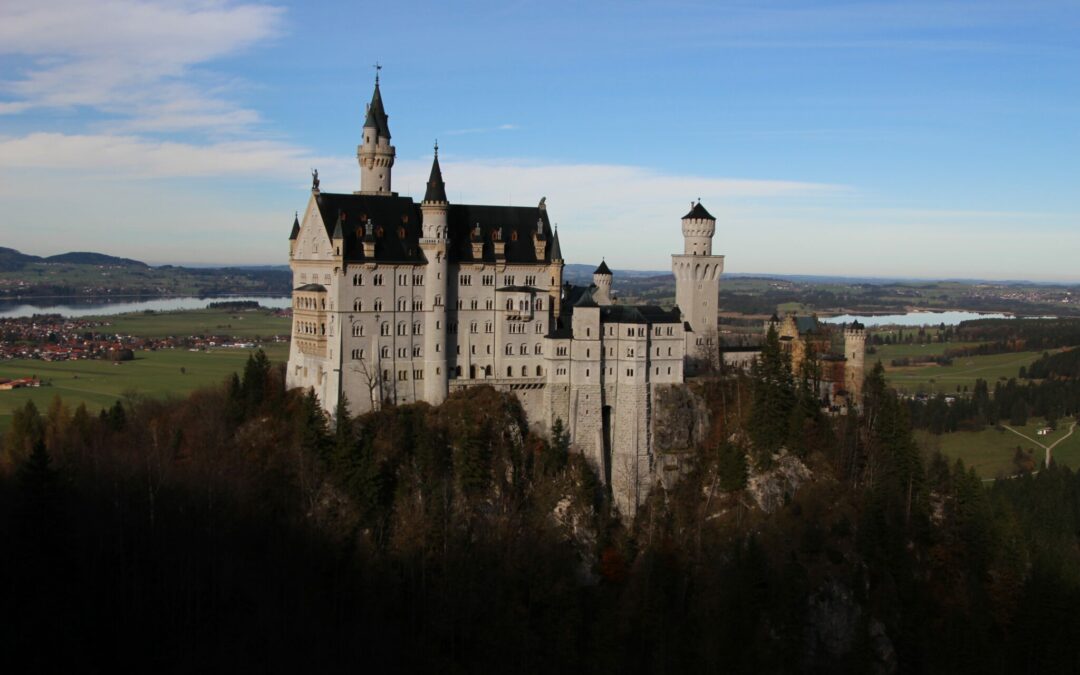 We recently replaced our old TV that was on its last legs and actually had a line running through the middle of it. To christen the new television and to celebrate the launch of Disney+, we decided to watch several animated features, and seeing them in true 4k was – literally – an eye-opening experience. The lush forests of Brave, the amazing depictions of water in Moana, and the glowing lanterns of Tangled got me to thinking: Disney movie makers have often been inspired by real-life places. 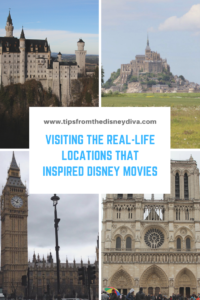 While I’ve visited a handful of these places myself, several more are on my bucket list. See how many places you recognize from these Disney films.

Mary Poppins and Mary Poppins Returns – These two movies are set in a mix of real and imagined locales in and around London, England. While the first movie was filmed at Walt Disney Studios in California, the settings included actual places like Saint Paul’s Cathedral and the Bank of England. 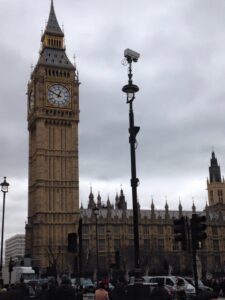 Mary Poppins Returns was filmed in the United Kingdom and features iconic British buildings like Big Ben (which also makes an appearance in Peter Pan) and Buckingham Palace.

There is no Cherry Tree Lane, but the row houses in neighborhoods like South Kensington and Chelsea look very much like those depicted in the films, which is no surprise since Mary Poppins author PT Travers had a home in Chelsea.

Pocahontas – this film is based on the real-life daughter of Chief Powhatan, who was captured by colonists in Jamestown, Virginia and later married tobacco planter, John Rolfe. We lived just up the road in Yorktown for three years and my kids went on many field trips to Jamestown.

There is not much left of the original buildings, but you can visit the active archeological site where researchers are piecing together a clearer picture of early colonial life. There’s an interesting museum and kids love the re-enactments of everyday colonial life.

Sleeping Beauty – The inspiration for Sleeping Beauty’s castle is said to have come from the exterior of the 19th century Neuschwanstein Castle located in southwest Bavaria, Germany. We were fortunate enough to visit this castle twice while living in Europe. Make sure to make reservations beforehand or arrive very early to get same-day tickets.

The castle was never fully completed and only a few interior rooms are furnished. But the stunning exterior and natural setting make this an unforgettable place to visit. 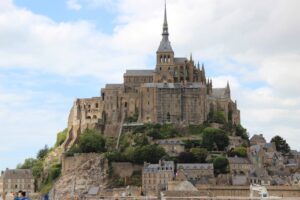 Mont St Michel, a Benedictine monastery located off the coast of Normandy, inspired the kingdom of Corona in Tangled.

Tangled – the kingdom of Corona looks very much like the Benedictine monastery of Mont Saint Michel located on an island in Normandy, France.

Mont Saint Michel is very touristy but incredibly unique-looking. The island is connected to the mainland by a causeway, but when the tides come into the bay, it is surrounded by water.

Moana – this movie is said to be a mix of several different Polynesian locations including Fiji, Samoa, and Bora Bora. I haven’t visited any of these locations, but they are on my bucket list for sure! 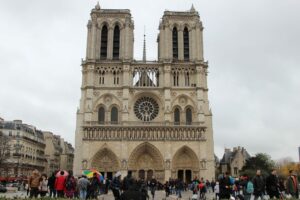 The Hunchback of Notre Dame centers around this medieval cathedral, which was sadly damaged in a fire in April of 2019.

Brave – This movie is said to be a mix of several different Scottish locations, including the striking castle of Eilean Donan in the Scottish Highlands, which I visited many years ago. There’s also a Neolithic standing circle that was inspired by the Callanish Stones on the Isle of Lewis. My family was lucky enough to visit a similar site, the Ring of Brodgar, on the Isle of Orkney.

Hunchback of Notre Dame – this movie is set in medieval Paris, and as the title suggests, centers around the real-life Cathedral of Notre Dame. Sadly the cathedral was badly damaged in an April 2019 fire and is slowly being rebuilt. We were fortunate enough to visit several times while living in Europe. 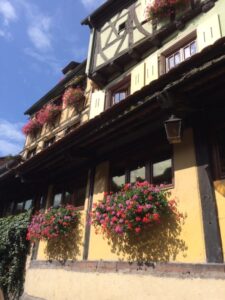 Beauty and the Beast – several locations around France are said to have inspired Disney filmmakers of both the animated and live-action versions of this fairy tale.

I like to think that picturesque towns like Colmar and Riquewihr in the Alsace region of France, which borders with Germany, inspired the “small, provincial town” where Belle lives. The half-timbered houses and lovely flowers really reminded my family of a real-life fairy tale.

Frozen – while this wildly popular film was set in the mythical kingdom of Arendelle, it’s no secret that the look of the movie got its inspiration from the landscapes and traditions of Norway. 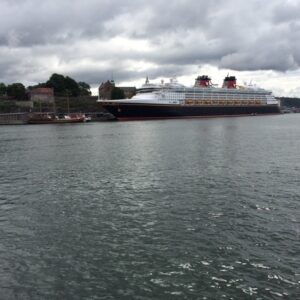 While visiting locations that inspired Frozen, we docked below Akershus castle.

We were fortunate enough to visit Norway on a Disney Cruise a few years ago and found that the fjords, the stave churches, and the facades of the city of Bergen all reminded us of the movie.

As a “bonus,” the Disney Magic anchored in Oslo, Norway right below the walls of Akershus Castle, which is featured (in restaurant form) at Epcot’s Norway Pavilion.

These are just a few of the many real-life places that inspired Disney animators and moviemakers. Have you been to any of these places? Do you have any more locations that you would add?

Has thinking about these movies made you want to visit a Disney park or take a Disney cruise? Contact Patricia at All for Dreams Travel for FREE help with all your Disney vacation planning needs.