Visiting Universal Studios and Islands of Adventure in Florida 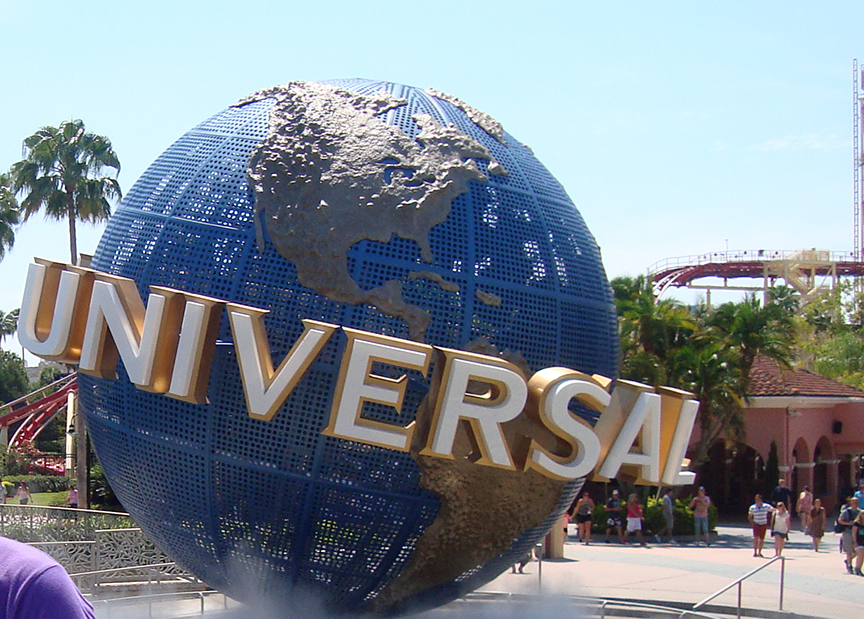 I know this may come as a shock to some readers, but there are in fact several other theme parks in central Florida outside the Disney property. And many of these parks are well worth your time, even if it means scheduling an extra day or two to your Disney trip. Universal Studios Florida and its sister-park, Island of Adventure, are terrific parks that have gotten better and better with each year, and I always makes sure to devote at least one day to them when I’m in Orlando. 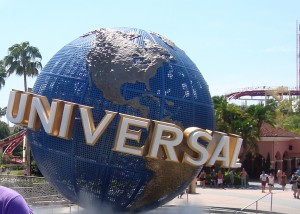 Providing tips for touring these 2 parks could easily fill a whole blog series, but I’ll try to give the basics. Since this is a Disney blog, we’ll assume you are staying near or on Disney property. If you have a car, it’s about a 20-minute drive away. If you are using Magical Express, Universal had shuttle bus packages that can be added to park tickets, for a low fee. These buses will come to your resort at a predetermined time, and drop you back off at the end of the day. Lastly, you might consider possibly spending either the first or last night of your Disney trip at a Universal resort hotel. Doing this automatically provides with early entry into the parks, and Express Passes, Universal’s version of a front-of-the-line pass that is normally an additional fee to day guests.

Like Disney, arriving at Universal very early is just as important. After parking or getting dropped off, you’ll stroll through Universal’s CityWalk, their version of a Downtown Disney-style shopping district. There are a lot of great stores here and plenty of places to eat (usually a better option than eating in the parks). Eventually you’ll come to a fork in the road and go to either Universal Studios or Islands of Adventure. The parks are walking distance from each other, making for easy park-hopping. 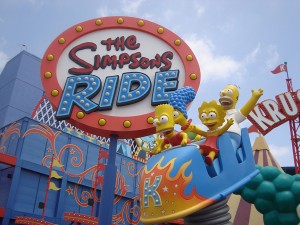 Universal Studios is the older park, and it shows in some areas. The general theme is a movie studio, complete with a 3 hour movie set tour that actually puts Hollywood Studios’ Backlot Tour to shame. Highlights in this park include The Mummy roller coaster, The Transformers and Despicable Me 3-D simulator rides and the new Simpsons-inspired Springfield land. Another popular attraction is the Rip, Ride and Rock-it roller coaster, a ride that lets guests choose their own soundtrack before blast off and even traveling out of the park and over CityWalk. 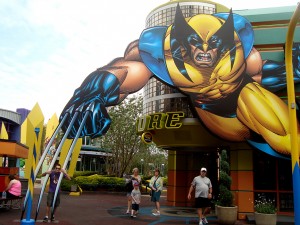 The Studios Park is a little hit and miss for me. For every excellent attraction like Transformers, you have some incredibly dated attraction like Terminator 2 3-D. While T2 is still fun, it feels like it is definitely passed its prime. Although, ET, while probably the oldest attraction at the park, feels a bit more classic and is actually my wife’s favorite. But maybe that’s an overall problem with Universal; they are able to capitalize on what’s hot fairly quickly, but once the excitement fades, the attractions feel old very fast. The Men in Black ride, while fun, already feels like it’s from a by-gone time-period (remember the 90’s, kids?). Disney still has a leg up on Universal in that their rides, no matter what age, feel classic and rarely go out of style.

I am not a big fan of dining at Universal Studios. Most of the resturants in this park feel like the worst version of “themepark food”, lots of terrible premade-pizzas, burgers and deep fried items. If you’re hungry while at the Studios, I would recommend hopping to Islands of Adventure or CityWalk. 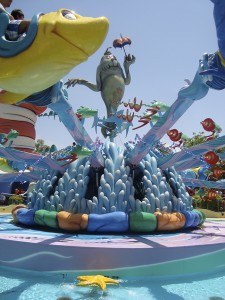 Next door is Islands of Adventure, the newer and more elaborately themed park. Universal took notes from their fellow Orlando competitor and it shows. Six themed lands surround a lagoon. In the Marvel section, you’ll find what is arguably one of the best attractions in any park, The Amazing Adventures of Spider-Man, a 3-D simulator that takes the concept to the next level. The Jurassic Park sections truly feels like entering the park that the movie promised us, complete with a recreation of the visitor’s center from the film. And Seuss Landing, an area themed to the stories of Dr. Seuss, is the closest you’ll get to a Universal Fantsyland, with many great rides for kids and adults alike. 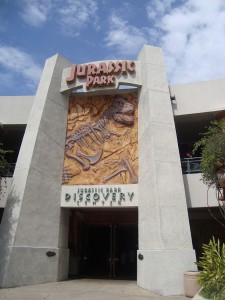 Here, you’ll also find the better dining options. I really like Mythos, a restaurant in the Lost Continent section of the park. The restaurant has won multiple Best Theme Park Restaurant awards and I recommend it.

But, let’s get to the topic everyone’s talking about. A few years ago, Universal added a land to Island of Adventure that took their park from a “maybe do” to a “must do”; The Wizarding World of Harry Potter. And yes, all the hype is true. Its spectacular. If you are a fan of the films, you’ll be in heaven, and if you are not a fan, you will be. For every kid that ever wanted to be a student at Hogwarts School of Witchcraft and Wizardry, this is the closest you will get. You find a kiddie-coaster here, as well as a full-blown dragon-themed rollercoaster, but the main attraction is Harry Potter and the Forbidden Journey. This ride is a dark ride/ coaster/ 3-D simulator hybrid. It’s pretty amazing, but not for very young children. 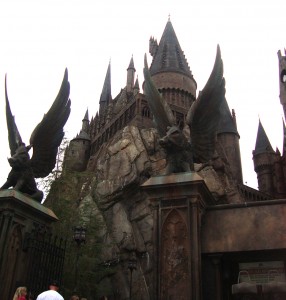 Due to the massive popularity and success of the Harry Potter area, a second land was recently opened at Universal Studios with a Hogwarts Express train attraction to connect the two. A second simulator ride was opened, Escape from Gringotts, as well as a new restaurant and numerous shops. This area has only been open a few weeks, and I have not seen it yet, but from what I’ve heard it is even better themed and immersive than the original section. You truly feel like you have left the real world behind as you wander the magically alleyways and streets. 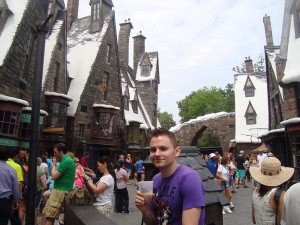 Many people travel to Universal just to see the Harry Potter attractions, so it can get very crowded very fast. When the land first opened, guests waited several hours just to enter the land, and The Escape From Gringotts attraction recently had a 7 hour wait.

With the introduction of Island of Adventure, and more specifically, Harry Potter, Universal Studios is really starting to challenge Disney’s dominance in the theme park arena. More immersive theming, shops with unique merchandise and quality restaurants all show Universal is studying the best and learning from them. Universal used to be considered by many a more adult version of Disney with more rides for grown-up’s, and while that is still true, there’s now lot’s for little ones to do as well. Universal is really at the top of their game right now, and a day or two spent there is well worth every Disney fan’s time. 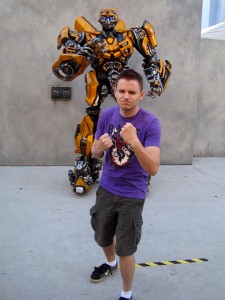 -Both parks can be covered in one day, but you’ll have to arrive early, have a solid plan, and stay until close. Consider two days if you want a more relaxed pace.

-Consider staying a night at a Universal resort to enjoy their free guest benefits.

-If you only have one day, consider the “Express Pass.” This pass is an additional fee, but grants guests front of the line access (once) at most major attractions, excluding Harry Potter. It also allows day-guests to enter the park an hour early, well worth the price in my opinion. Prices vary depending on the day of the week and the season.

-Head to both Harry Potter lands first. By midday, even walking through the shops will be unbearable.

-Universal has a higher percentage of rides for older kids and adults than Disney does, so make sure you familiarize yourself with ride restriction before waiting in any lines.

-Universal features walk around Characters like Disney, but the process for taking photos can be a bit disorganized.