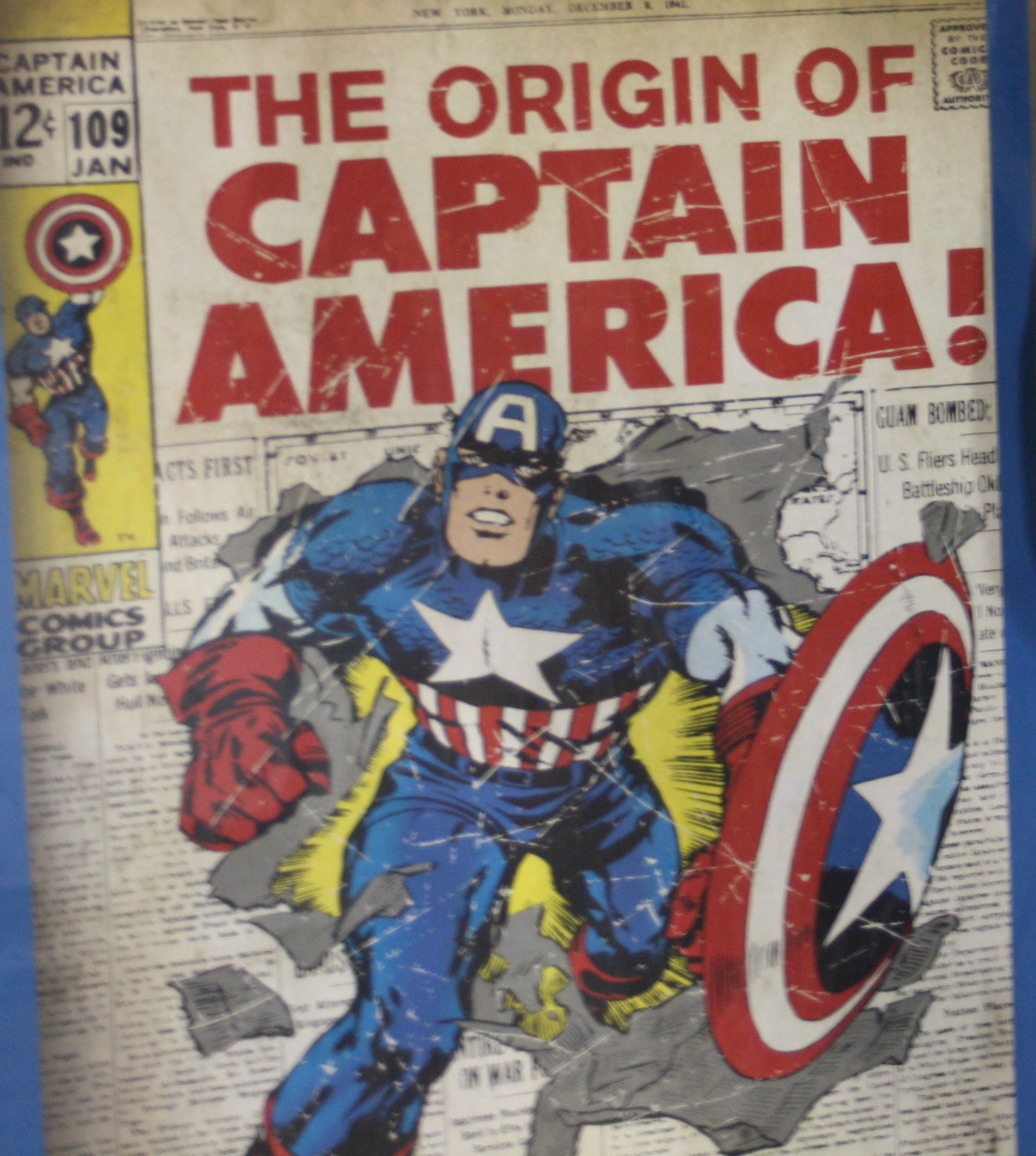 On this, the 59th Anniversary of Walt Disney’s Disneyland opening day, let’s read about how far Disney has come and maybe get a glimpse into what the future holds for the Disney company!

Article and Pictures by Florida Diva 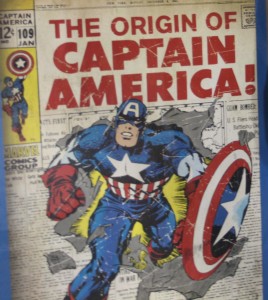 So I recently found myself at The Calgary Comic Expo. Ahhh, geekdom.  As I wandered passed John Ratzenberger’s booth (the only actor who has been in every Pixar Movie) and then past Anthony Daniels (C3PO and the only actor to have appeared in all 6 Star Wars movies) it wasn’t long  before I noticed a trend. There was Sean Astin. Did you know he’s a huge fan of Disney Marathons? Sigourney Weaver was there too, she starred in Disney’s movie Holes. I saw Bill Paxton, who is in Marvel’s Agents of Shield and so many other people dressed as Disney characters; and it soon became apparent to me that Disney has a huge influence on Fan culture. But how did it start? 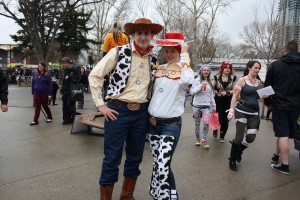 What once was a culture looked down upon by those too cool to know what a Death Star was and who only knew Kryptonite as being a song by 3 Doors Down, has now become the best gig in town. But way before Comic-con, and long before the first Star Trek Convention, there was a man who understood what it meant to truly be a fan of the world of make-believe and fantasy. He  was obsessed with creating a world where people could step away from reality and walk through the stories he had creatively and painstakingly brought to the big screen.

Yes, Walt knew a classic when he saw one and gathered them up to spin them into magical tales told through animation and classic musicals. He bought the rights to such beloved stories as The Many adventures of Winnie The Pooh, Mary Poppins and of course some of the The Grimm’s Fairy-tales that we all know as Snow White, Cinderella and Sleeping Beauty. The Jungle Book was a story written by Rudyard Kipling and Disney’s latest hit, Frozen, was based on the classic, The Snow Queen, written by Hans Christian Andersen. So what does this have to do with geekdom, and the international pop culture craze that is known as Comic-Con? Well, I think it’s quite obvious actually; Walt started it all. 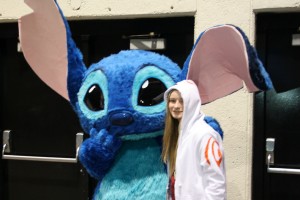 His vision for Disneyland was intended to have the same purpose as every Star Trek, Star Wars, Harry Potter, and comic book convention has ever had; to bring fans together to celebrate their love of make-believe and fantasy.

Not only can Walt clearly be noted as the first Fanboy of the fantasy genre, but his predecessors have all followed in his footsteps and built an empire that revolves around fandom. Disney has slowly but surely purchased a wide range of popular franchises starting with The Muppets in 2004. They finally reached a deal with Pixar in 2006, and in what almost resulted in sheer revolt, they acquired Marvel comics in 2009. And finally, although you might think they had done so long ago, Disney didn’t actually purchase the Star Wars Franchise until 2012. 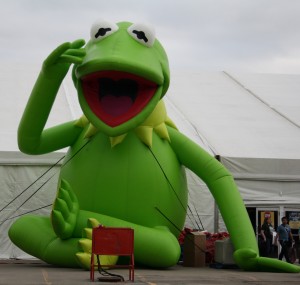 These acquisitions have caused more than a few ruffled feathers on both sides of the coin over the years, myself included. For instance, I have yet to see any new Muppets Attractions at Disney’s Hollywood Studios in Florida (there is the old Muppets in 3D show, which is way outdated). Why? Because the Muppets are the Muppets; lovable and cute, entertaining and sweet, but they ARE NOT Disney originals. They seem to me to be a kind of outsider; like a D-list celebrity when standing next to The Mouse.

Some fans felt the same when their beloved superheroes were scooped up by the company better known for it’s tales of talking animals and true love. But I have to say, and I think most Marvel fans would agree, Disney struck gold when they started the Avengers series with the first Ironman movie. As someone who never enjoyed superhero films, I will now freely admit that The Avengers and their intertwined story lines that we’ve seen over the last few years, have been some of my favorite movies of all time. 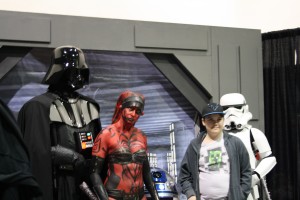 And now, we’re on the cusp of a new twist on a beloved classic; Star Wars. Set for release in the fall, 2015, the original cast has signed on, but a recent interview with Anthony Daniels (C3PO) when he attended the Calgary Comic Expo last month, had him tight-lipped on any possible story line or film schedule.

In talking with Stacy and Rob, members of the Toshe Station Calgary Star Wars Fanforce, which is a Calgary based Star Wars Fan Club that meets monthly, I discovered that most Star Wars fans are eager to see what Disney will do with the new films, given the success of the Marvel series so far. As they manned their non-profit booth and raised money for The Leukemia and Lymphoma Society of Canada, we discussed many things Star Wars, and I had to ask; what did they think of Disney’s relationship with Star Wars? 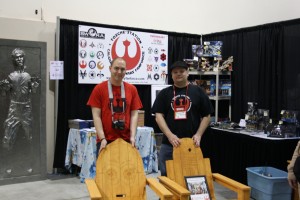 To my surprise, they were pretty cool with the idea. Stacy had never been to any of the Disney Parks but ended up at Disneyland a few years ago when he was in California to attend the Star Wars Celebration; and he loved it. Star Tours was a favorite, of course, as was the Star Wars merchandise; but so was almost everything else he saw. And Stacy isn’t the only cross-over; there are millions who were fans of science fiction and comic books who now include a love for Disney on their list. And millions, who like me were die-hard Disnerds, have now found a love of superheroes and droids thanks to the vision of The Walt Disney Company. 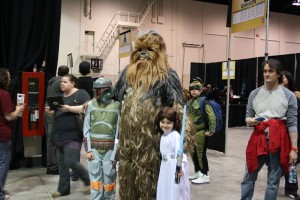 So as new generations are introduced to Disney, and comic books and movies and stories that pit good against evil, we’re sure to see many more cross-over fans emerge and new and exciting things from the company that brought them all together.

All of this because of one man’s vision, so long ago.

And to think; it all started with a mouse.