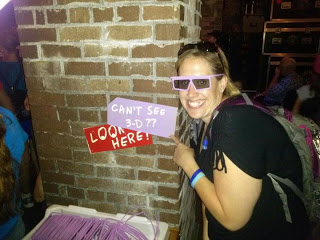 All four of the main WDW Parks have a 3-D Show.  For my family and friends, they are not to be missed! 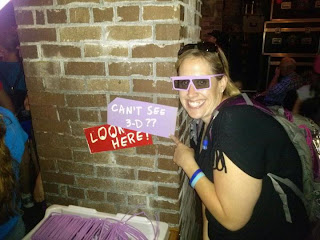 All four of the 3-D shows are in large capacity theaters with air conditioning and comfortable seating.  Though some of them offer Fastpass, my group usually finds that it isn’t worth it because you usually just have to wait for the current show to end before you can enter with the next audience group. Each theatre is high capacity, so it isn’t worth wasting your fastpass. If there is a line outside the door, than you may have a longer wait time, but the wait will be relatively quiet, indoors, and cool.  If you and your family need it, you can often find an out-of-the-way spot along the wall to sit and relax while you enjoy the pre-show entertainment.
In Hollywood Studios is Jim Henson’s Muppet Vision 3D, located in the Streets of America.  Kermit and the gang lead the audience through a hysterical journey that revolves Muppet Labs’ (run by Dr. Bunsen Honeydew and Beaker) newest creation, a 3D cartoon character, Waldo, who is the perfect prop for as Kermit calls them “cheap 3D tricks.”  This show is really 4D with animatronics and a character who comes out into the theatre.  This show is very low on the scream scale, even for the smallest of guests.  There is nothing to worry about for young children.  Especially with the new The Muppets movie, your whole family will recognize and love the cast and chuckle at many of the jokes.  Try not to miss the pre-show!  Though at slow times it is possible to walk right in and miss most of it, I highly recommend seeing as much of it as you can.  It is by far my favorite pre-show of the 3-D shows.

There are three TV screens used to show the movie, and in true Muppet fashion, they use the three screens to create visual comedy.  Also, the pre-show room has great props and signs all around.  Take the time to look around and see what enjoyable puns and jokes you can find.  These are especially enjoyable for true Muppet fans.  Just outside of the theatre is a Muppet Fountain with the lovable characters surrounding Miss Piggy in Statue of Liberty gear and the gift shop on the other side of the fountain has fabulous Muppet gear.
In Animal Kingdom is It’s Tough To Be A Bug, located in the bottom of the Tree of Life. This is the 3-D Show with the best 3-D glasses.  They have antennae!  The show is based on the characters from Pixar’s A Bugs Life.  The pre-show room has some very clever Broadway spoof posters, which are a favorite of my New York actor brother.  They are worth a second look, especially for theatre fans. 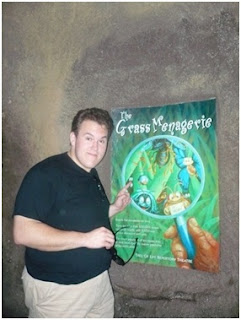 In the show, the audience is brought down to bug level to join Flick and the other bugs as we become “honorary bugs” and learn about what it is like to be a bug.  This insight into the bug world includes the less enjoyable aspects of being an insect, as well, though, at which time the story turns into a more intense experience.  My family and friends LOVE this show because of this intensity, making it more exciting for teens, young adults, and adults, but for young children and anyone who has a fear of bugs or insects (including spiders) needs to be warned!  One of my close friends is terrified of spiders, and we were able to warn her when to close her eyes and hide her head, but she is in her mid-twenties and had experienced friends to warn her.  This should give you an idea that if you have doubts about you or your child enjoying the show, don’t risk it.  If you don’t know what is coming, you may be startled and a child will be scared.  For that reason, I give the show a scream factor of 4 (with 5 being the most intense) and I advise parents to warn their children that things may pop-out at them, fly down on them, and poke them.  Daring children love this show, but many kids are terrified. 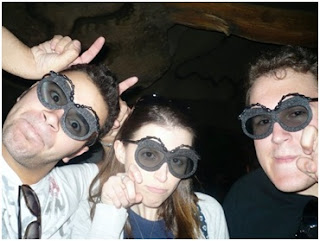 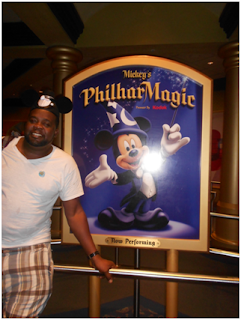 You can read Mommy Diva’s review here: http://www.tipsfromthedisneydiva.com/2012/03/mickeys-philharmagic-review.html.  I agree with her review and I add that of all the 3D shows, this is the most accessible to non-English speakers.  Disney purposefully chose Donald to be the main character because he is the least language-based character (since no one can understand him!) and it is really based in music and images.  This was the only one that my husband, who is a native Spanish speaker, didn’t need help to understand.  This show is totally worth seeing at any age.  It has a minimal scream factor, and will have you singing along with your favorite Disney songs.
Epcot is the only 3D show I would skip at this point.  In the Imagination Plaza, Epcot’s 3D show since the 90s was Honey, I Shrunk The Audience, but since most of the new generation of Disney fans don’t remember that Honey, I Shrunk The Kids movies, Disney decided to discontinue the show.  For now, they have replaced it with the previous 3D show from the 80s, Captain EO. 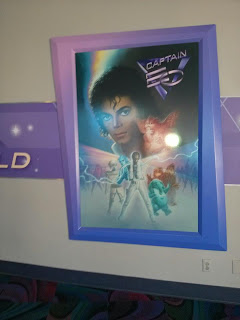 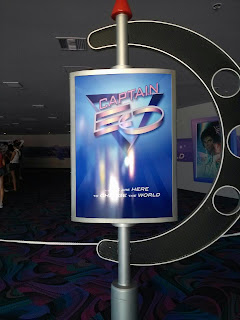 Captain EO is a Michael Jackson 3D show from when Michael was huge and 3D was just starting.  The show was a technical marvel in the early 80s, but now, with 3D movies available at any local movie theatre, the magic is long gone.  Disney is trying to capitalize on the star-power of Michael Jackson and his wide appeal (especially with the international audience) but I’m pretty sure they are just holding the place of this 3D theatre until something better comes along.  The plot is cheesy and VERY slow!  I was really bored at times.  The characters, a cast of Muppets who seem like Star Wars wannabes, are un-relatable.  Instead of chearing for them, I spend the movie wondering what they were supposed to be.  Also, the cast members warned the audience at the begining that there are many loud bangs, explosions, and violence that may scare children as they are very loud.  This is all Star Wars-like violence which most kids are used to, but for little ones, this could be frightening.  I give the show a scream scale rating of 3.  The only positives are that it is a great peek into the world of the 80s and the show does a good job with the light effects.  The music, however, which has a lot of build up because of the pop-icon star, is really lame.  I was hoping for some of Michael Jackson’s top hits, and this movie did not deliver.  Go if you miss spandex, leggings, and mullets, but let your family members who don’t remember (or don’t care about) the 80s skip this one until Disney replaces it with something better.