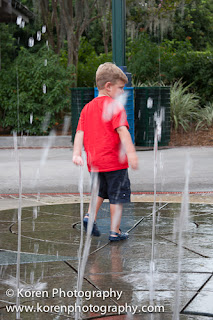 Downtown Disney is an open-air shopping, dining, and entertainment center located at Walt Disney World Resort.  This very large outdoor area is free to enter, and offers complimentary parking and transportation to all Disney hotels (but not its theme parks).  The complex is divided into three areas:  the Marketplace, Pleasure Island, and the West Side.  Each section features a selection of entertainment venues, shops, and uniquely themed restaurants.

History
According to Wikipedia, Downtown Disney opened on March 22, 1975, as the Lake Buena Vista Shopping Village, a shopping complex intended to serve the planned residences within the Walt Disney World property.  However, as resorts took the place of the residential areas, it became more focused as a shopping destination for Walt Disney World Guests, and its name changed to the Walt Disney World Village.  On May 1, 1989 Pleasure Island opened as an adults-only area featuring themed bars and clubs that required a separate admission ticket, and the shopping area once again changed names to the Disney Village Marketplace.  In 1995 the whole complex was re-branded Downtown Disney, and in 1997 was expanded again when West Side opened its doors with such offerings as Cirque du Soleil’s La Nouba and DisneyQuest.  The World of Disney (in the Marketplace) was also opened.  Then on September 27, 2008, all of the Pleasure Island nightclubs closed as part of a larger refurbishment of Downtown Disney, in order to make room for new shopping and dining offerings.  Pleasure Island was to be re-branded Hyperion Wharf – a dockside-themed shopping and dining area – but the project is on hold indefinitely as the Imagineers work on another design. 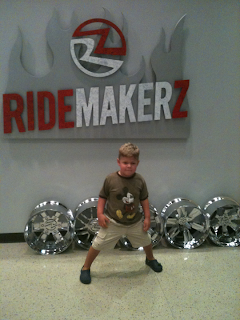 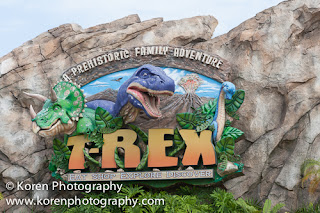 There are also lots of places to grab a bite to eat!  There are several quick service and table-service options to choose from.  Options include:  Earl of Sandwich, Ghirardelli Ice Cream and Chocolate Shop, Marketplace Snacks, Pollo Campero, Wolfgang Puck Express, Cap-n Jack’s Restaurant, Rainforest Café and T-REX.

And if all that eating and shopping were not enough, there are other entertainment options too!  You can rent a boat from Cap’n Jacks Marina, ride a train or Carousel, enjoy a live performance at the Waterside Stage, or let your kids run through the water feature.  At Christmas, you can even meet Santa!  The Marketplace is a fun shopping experience for the whole family!
Pleasure Island 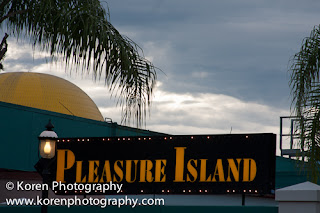 Although the nightclubs are closed (I sure do miss The Adventurer’s Club), there are still a few restaurants and shops open on Pleasure Island.  Curl by Sammy Duvall, Apricot Lane Boutique, Fuego by Sosa Cigars, and the Raglan Road Irish Shop are unique options for shopping, and Cookes of Dublin, Raglan Road Irish Pub and Restaurant, Portobello and Fulton’s Crab House are great places to grab a bite to eat. 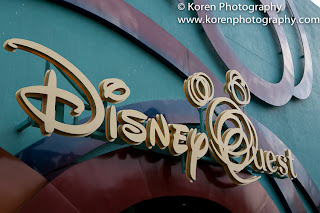 Parking and Transportation
As Downtown Disney is a large complex. Knowing where you are going and where to park, get a bus or a taxi, is important.  Disney transportation bus stations are located at the far end of the Marketplace and to the right of Planet Hollywood.  These buses service all of the Disney resorts and Good Neighbor hotels.  They do not, however, service any of the Theme Parks. Resort boats are also available from Saratoga Springs, Old Key West, and Port Orleans resorts.  There is also complimentary boat service between the 3 sections of Downtown Disney. Taxi stands are located in Parking Lot B (Marketplace by Basin), Parking Lot H (West Side by Planet Hollywood) and Parking Lot K (West Side by DisneyQuest).  If you are driving, parking is free, but lots do tend to fill up.  Parking lots A – D service the Marketplace, lots E – H service Pleasure Island, and lots I – Q service West Side.
~~
Like what you read? Follow Cheryl, the Memory Maker Diva, at magicalmemorymaker.com!
Share this tip!

Hi, my name is Cheryl, the Memory Maker Diva. I took my first trip to the Walt Disney World® Resort in 1986, and I was hooked! There is just something so special about the feeling you get when you step into the Magic Kingdom® Park - the castle, the music, the characters, that popcorn smell...it is like you are transported into a different world that instantly feels like home. Writing about that place makes it even better for me - it's like I never have to leave. If you like my articles, please visit my blog at magicalmemorymaker.com!