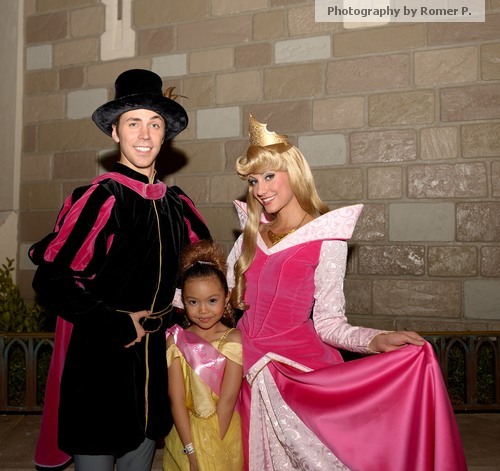 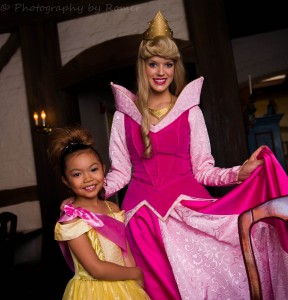 Although Disney’s newest siblings, Princess Anna and Queen Elsa from the movie “FROZEN” are the HOTTEST Royalties to take the world by storm (Princess Kate Middleton, you have some serious majestic competition), Classic Disney Princesses still endure through the decades..

2014 marks the 55th year of the 1959 animated feature, “Sleeping Beauty“, the protagonist is  Princess Aurora (alias, Briar Rose). It has been re-released a Diamond Edition with some extra features and you buy it on Amazon here. It is one of the classic Disney Princess fairy tales adapted from the traditional fairy tales: “Little Briar Rose” by The Brothers Grimm and “The Sleeping Beauty” by Charles Perrault. The theme of these fairy tales was revisited again in 2014 with the Disney Blockbuster, featuring arguably, the most famous Disney Villain of all,  “Maleficent” which stars Angelina Jolie.

“Sleeping Beauty” is a cinematic animated gem, but to be honest with you, Disney’s adaptation of this Fairy tale is one of my least favorites Disney Stories. Princess Aurora was also my least favorite Disney Princess. Perhaps because Princess Aurora lacked depth in character (I read in my research on Disney Princesses,  that she only had 18 lines throughout the ENTIRE film). I felt she didn’t have to suffer and endure quite like the other Princesses (c’mon, a prick of a needle on the finger and falling asleep afterwards doesn’t count as suffering much). Nobody can seem to make up their mind in that movie; from the bumbling idiotic, bickering Kings, to the Fairies who are constantly changing things (is Aurora’s dress pink or blue?) to her own identity crisis, “What! I’m not a commoner named Briar Rose anymore?”

My tween daughter and I always found that scene where Prince Phillip meets Aurora/Briar Rose in the forest, super creepy. A strange man comes up from behind you in a secluded forest? She pretends to be scared and run away from him yet he overpowers her with his charm and good looks, then they dance in the forest. Talk about a major eyeroll in this day in age.

The Disney story line of “Sleeping Beauty” is just not my cup of tea. And she wasn’t the Princess that I was interested in meeting when we went to Walt Disney World…. BUT, can I tell you how actually meeting Princess Aurora has changed my perception of her?

We have met Princess Aurora at Disney World several times and each time I was enchanted by her. I’m sure the  Disney Company has a character description for each role and how they are to be portrayed. Princess Aurora is simply sweet, (but not too sugary like Snow White is) and is adoring as well as engaging (I always found Cinderella just a little more reserved) . I have enjoyed meeting a lot of the Disney Princesses around Walt Disney World, yet with Princess Aurora, she has a certain special appeal upon meeting her.  I didn’t realize how in awe I would be of her.  I’m surprised to state this; she is my FAVORITE Princess to meet at Disney World.  So much so that for our next trip, even though my tween daughter is currently on this Anti-Princess phase (sigh, this is another article I will cover), I want to do a Princess Character meal or a meet and greet, just to see Princess Aurora again. 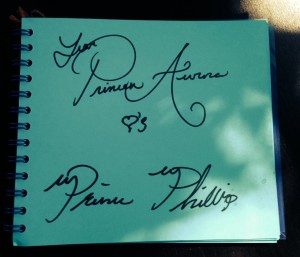 We  always had a chance to encounter her at the Akershus Royal Banquet Hall in the Norway Pavilion at Epcot (although it is not a definite that she will be there at every meal). Akershus is where the spell was first cast on me with Princess Aurora’s endearment. We also met her with Prince Phillip at Magic Kingdom in Fantasyland.

You can exclusively meet Princess Aurora where she hosts: “My Disney Girl’s Perfectly Princess Tea Party” at the Garden View Tea Room in the Grand Floridian Resort.  This High Tea is on select days starting at 10:30, however it is also one EXPENSIVE Tea Party. The cost is  $250 for one adult and one little Princess where you will enjoy high tea with the host Princess Aurora as well as a few more of her royal friends. Your little Princess will also receive gifts and will probably get more individual attention than the above Character meals.

Diva tip: all of the above, strongly requires Advanced Dining Reservations and can be made 180 days in advanced. For Character meals, you can make your reservation online or call (407) WDW-DINE or (407) 939-3463.  For “My Disney Girl’s Perfectly Princess Tea Party” call (407) WDW-MYTEA or (407) 939-6983. Don’t want the HASSLE? CONTACT our Official Travel Agent PATRICIA who could make all these reservations for you and more!

If you are not interested in doing a Character Meal, you can also meet Princess Aurora in the France Pavilion at Epcot. See your times guide when you arrive for when she will be making an appearances. You can also see this Sleeping Beauty at the various Walt Disney World Parades and shows where the Disney Princesses are featured (she will definitely be awake by then!) 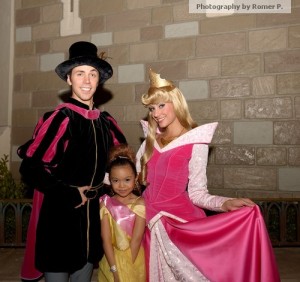 Meeting Princess Aurora has enticed me to want to visit her own Castle in Disneyland… hmmmmmm, maybe it’s time  I should start planning a trip to Disneyland too!