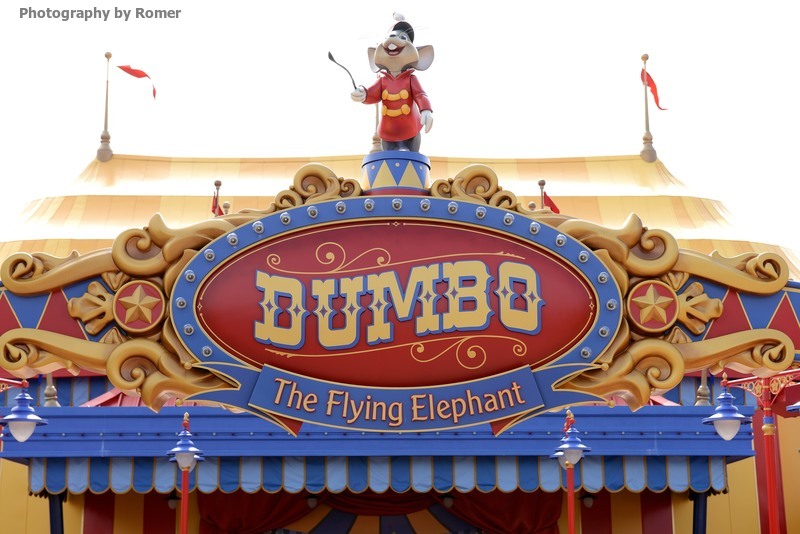 It’s tough to keep up with all the MANY changes happening at Walt Disney World. They certainly know how to keep us on our toes and make us yearn to visit again and again. I did the 1st Edition of the A-Z Tips a couple years ago and you can imagine how much has changed.  Here is the 2nd Edition of the A-Z Tips with articles from Tips from the Disney Diva (and Devo) team  to help you have a fun way to plan you next vacation.  Enjoy the many new tips and some classic ones as well!

A  –  Anna and Elsa, the HOTTEST  Princesses EVER!?!  In the Magic Kingdom at Walt Disney World, it was reported that visitors would line up for 5 hours during PEAK season, to see these royal Siblings (read about Anna and Elsa’s Meet & Greet here). Also, with the popularity of everything FROZEN, Hollywood Studios started a Frozen Parade, Frozen sing-a-long. Frozen Fireworks and added an Ice Rink that was available this past summer, so fans can really experience being Frozen!! And now, a new FROZEN Attraction will open in 2016 in the Norway Pavilion at Epcot, replacing the beloved  Maelstorm.

B – Be Our Guest Restaurant The popular and newest restaurant in the Magic Kingdom. Located in the expanded, new Fantasyland, this ornately themed jewel of a restaurant takes you back to the story that is “a tale as old as time”. The brilliance is, it is a Quick Service for Lunch and Table Service for Dinner. Many of our Divas and Devo(s) RAVE about the food, the ambiance and the theme of this Beast of a Ballroom. You can even meet the Beast sometimes, but watch out for Gaston who will be meandering outside in the village near his Tavern. (To read about the difference between Lunch and Dinner, read this delicious article here.)

C – Charging Stations Social Media has literally trended in Disney World over the past couple of years. There are millions of photos of Disney World from visitors using their various devices to post on Instagram, Twitter, Facebook, Snapchat, Pinterest, blogs and the list goes on. Charging stations have now become a necessity and where there is a need, Walt Disney World provides. Check out this informative article on where you can charge your smartphone or other devices!

D – Disney Springs! Downtown Disney will be reinvented and given a STORY of a town built around a Spring which turned into a place for shopping and entertainment for all the “Disney” World to enjoy. Stay tuned as construction started happening in late August 2014 and will be expected to be completed in 2016.

E – Enchanted Tales With Belle New Fantasyland is bursting with theme and stories as this interactive Story with our favorite bookworm, Princess Belle, is told. Through the queue of Maurice’s charming cottage leading to a magical room in a Castle. Visitors can re-visit the story and BE IN the story as their favorite character. 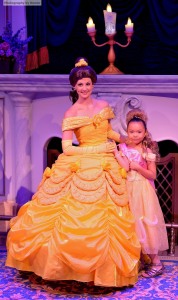 Canadian Diva’s daughter had so much fun playing a role in the story!!

F –   FastPass+  The new Fastpass +. Some people love it and some people hate it! Nick the Devo states that the Fastpass+ system is the best invention since slice bread.  Fastpass + allows you to plan in advance for the times you would like to ride certain rides and it is all on your Magic Bands.  They have tested Fastpass+  only  (no Stand By lines)  for Toy Story Midway Mania as well as for the Be Our Guest Restaurant at lunch.  However you feel about this system, it is here to stay.

G – Gaston  Many say that Gaston is the BEST thing at the Beauty and the Beast Live on Stage show at Hollywood Studios. And now with the new Fantasyland Expansion and the whole Beauty and Beast theme with village, you can see Gaston’s Statue and MEET Gaston! He will be flexing his muscles and swooning all the ladies, so watch out! 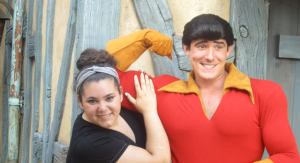 H – “HEIGH  HO, Heigh ho, heigh ho, it’s off to work we go!” One of the most anticipated attractions in the new Fantasyland is the SEVEN DWARFS MINE TRAIN which opened in 2014! It is getting “Happy” reviews from even the most “Grumpy” of visitors. Get your FastPass+  to this this attraction as it is a HOT ticket and lines can be long.

J – Jake and the Neverland Pirates! I have to admit, I have never seen an episode of “Jake and the Neverland Pirates” because by the time it was released, my daughter became a bit older to watch it. I have always loved seeing images of him and was always wanting to see an episode. Now that I’m pregnant with my second child,  we definitely will be watching this show and hopefully check out the Character Breakfast “Play’n Dine”  at Hollywood and Vine in Disney’s Hollywood Studios where Dopey Diva and her family had a fun time!!

K – KISS GOODNIGHT at the Magic Kingdom! A “Kiss Goodnight” is a nightly light and nostalgic Disney music show on Cinderella’s Castle that plays for a few minutes at the closing of Magic Kingdom. It is to say “good-bye” for now, until the next time (hopefully the next morning).  It is a very short and sweet show to bid farewell.

L – Land — that is Avatar Land  HUGE changes are happening over at the Animal Kingdom in Walt Disney World, as the construction is being worked on the new Avatar Land Attraction based on the blockbuster hit. Let’s see what Disney Magic the Imagineers can create with this new attraction, expected to open in 2017.

N – No More … With so many new changes at Walt Disney World, many old attractions and entertainment have disappeared. As mentioned,  Maelstorm is making way for the New FROZEN attraction at Epcot’s Norway Pavillion. Many other beloved attractions have closed down as well, like Hollywood Studio’s Backlot Tour and the American Idol Experience will close in January 2015. Live shows in Epcot like: Spirit of American Fife & Drum Corps, Off Kilter, Mo’Rockin, as well as the World Showcase Players make room for new acts. And my favourite parade, Mickey’s Jammin’ Jungle Parade,  in Animal Kingdom had it’s final run in June 2014. There are many other closed attractions, parades and final performances around Walt Disney World, which ones will you miss the most? 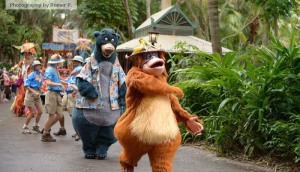 So long “Mickey’s Jammin’ Jungle Parade” in the Animal Kingdom which bid farewell in June 2014! We will always remember to dance “to the rhythm of one”!

O – The Osborne Family Spectacle of Dancing Lights Is truly a sight to behold. It is presented annually at Disney’s Hollywood Studios and this year will be shown starting from November 7, 2014 to  January 4, 2015. Head on over to the Streets of American and view this truly spectacular show of 5 million lights. Read Jersey Diva’s article about this wonderful wonder of lights.

P –  Parades Many people around the world will agree that NO ONE does a parade like Disney and the newest and most lavish Parade to date is Walt Disney World’s “Festival of Fantasy Parade” which had it’s debut in the Spring of 2014. Read about the World Premiere here.

Q – Q, for Timothy Q – DUMBO’s BFF!! Timothy Q welcomes you as you see “double” the Dumbo ride which was expanded in the new Fantastyland! Ride aboard this classic ride which has increased in size for more visitors to enjoy. And while you are there, kids and adults alike will enjoy the play area which takes you back to the magical Circus days of long ago. 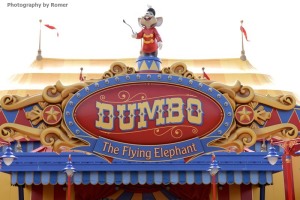 R – Resorts!! Since it opened a couple of years ago, Walt Disney World’s newest resort, ART OF ANIMATION has had guests very animated for their adoration of this very fun themed resort. We have many wonderful reviews of this GREAT VALUE resort. Many Walt Disney Resorts are also upgrading their resorts to make the “on-property” experience more magical. With refurbishments happening at the Polynesian Resort to NEW Grand Villas at the Grand Floridian as well as many changes to other resorts, your stay will be even more sprinkled with Pixie Dust as the resorts are a marvel as the Theme Parks themselves at times!!

S – STARBUCKS Need your Venti Latte or Iced Frapuccino fix at Disney World? Well there are currently 3 Starbucks coffee locations where you can order your Starbucks Drink  (and you can use your SNACK credit if you are on the Dining Plan). At the Magic Kingdom on Main Street, in Future World at Epcot and in Downtown Disney. In 2015 there will be a new Starbucks in Disney’s Hollywood Studios named “the Trolley Car Café”.

T – Talking Magician Mickey From the inception of Character Meet and Greets at the Walt Disney Parks, there was always 2 distinct ‘types’ of characters: the ‘Face” Characters and the ‘Atmosphere’ characters. The “Face’ Characters could talk and interact with visitors,  verbally like the Princesses or say, Peter Pan. “Atmosphere’ characters cannot talk but interact with their bodies and gestures (very well I might add), yet with full costume covered from head to toe. Disney Imagineers have done some magic and made Mickey come alive! Read Dopey Diva’s encounter with Talking Magician Mickey and Tangled Diva’s as well!!

V – Villains! Disney Villains have become Iconic and as popular to meet as the Disney Princesses. With many Villain events especially during Halloween time and merchandise to fulfill one’s sinister desires, Villains have many of us raging with intrigue. 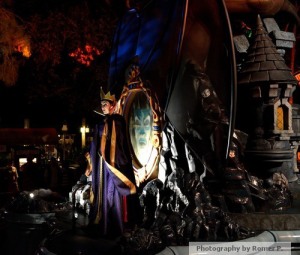 The “QUEEN” from ‘Snow White and the Seven Dwarfs”

W – Wandering Oaken’s Trading Post in Hollywood Studios, located in the former American Film Institute Showcase, FROZEN fans will love this “trading post” reminiscent from the movie where one can buy FROZEN merchandise. It feels as if you have traveled far North as if you are not in Florida anymore. There is real snow for many to play with! 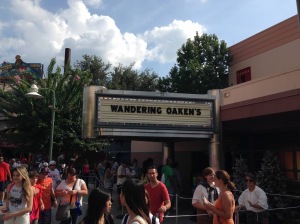 X – Xmas at Walt Disney World. Christmas at Walt Disney World is one of the most magical holidays to experience. From the “Osbourne Spectacle of Lights” mentioned above, to the Giant Gingerbread House at the Grand Floridian, the enormous Christmas Tree at the Wilderness Lodge and who wouldn’t get nostalgic and in the Christmas Spirit with the Mickey’s Very Merry Christmas Party! Read Dopey Diva’s lovely experience of Christmas in the Magic Kingdom and Local Diva’s Tips for Mickey’s Very Merry Christmas Party!

Y – Yo Ho Ho a Pirates Live for ME!! With the popularity of the Pirates of the Caribbean Attraction which turned into a BlockBuster Franchise, Pirates like the Villains have become quite popular and especially at Walt Disney World. Check out writer, Jayship Earth’s mission as he went on A Pirate’s Adventure in the Magic Kingdom. Or have your children transformed into a Pirate for the Day at The Pirate League in Magic Kingdom, read the Disney Diva’s son’s experience here. 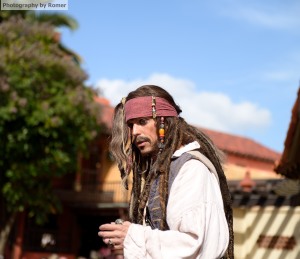 Z – ZERO DOLLARS extra, when you book with a Travel Specialist like our Travel Agent, Patricia Payne!! She can help you with your reservations, booking and finding the BEST rates ON PROPERTY to suit your needs. Check out our TOP Reasons to use Patricia with All for Dreams Travel to plan your next Walt Disney World vacation!

We hope you enjoyed these A-Z tips, what are your favorites? Tell us on the comments below or give us a Tweet or post your comments on our FACEBOOK page!!