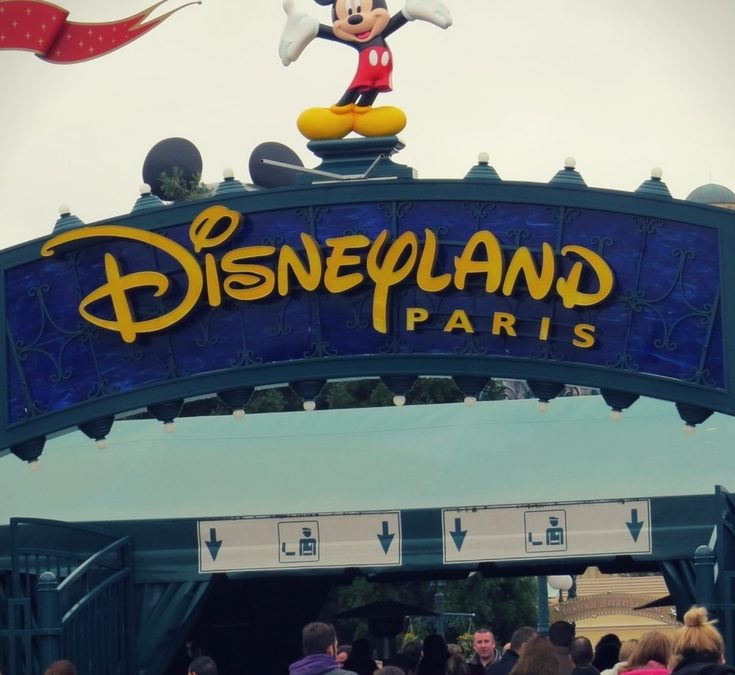 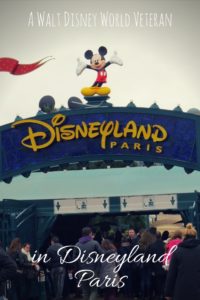 Visiting all the Disney parks worldwide is a bucket list item for me. So when my husband’s job took us to Europe for a few years, I jumped at the chance to visit Disneyland Paris (DLP). A veteran of countless visits to Walt Disney World (literally – I don’t even remember how many times I’ve been!), I wasn’t sure what to expect from the French spin on Disney. I had heard a lot of bad things about the park, but I was determined to keep an open mind. Here are a few impressions of Disneyland Paris as well as things that set the park apart from its stateside “cousins.”

Everything is close together. WDW pros know that it ca 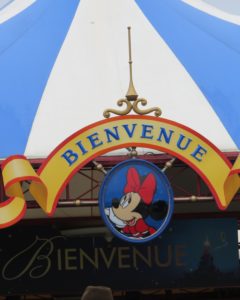 n take a longggg time to get between parks or between Disney Springs and a resort. And to get from one resort to another, you have to go via a park or Disney Springs. I’m used to building in a LOT of travel time to my plans. But at Disneyland Paris, the two parks – Disneyland and Walt Disney Studios — and Disney Village (the French version of Disney Springs) are just steps from one another. And to make things even more convenient, there is a commuter train station (the RER, or Réseau Express Régional) literally out the front gate of the park. One of the days during our stay, we took the train into Paris and toured the city, since it’s just under an hour or so train ride away. This site is a big help when it comes to navigating the train system.

It may pay to become an annual passholder. While there are frequent sales or special offers, a one day, two park ticket is currently $95 for adults and $87 for a child on the Disneyland Paris website.  But unlike the US parks, becoming an annual passholder at Disneyland Paris can actually be quite affordable. For example, the lowest level annual passport, the Classic, is only about $145. For our visit, we had a package that offered a discount on the hotel and a free ticket for children under 12. We were able to have most of the party, which included my in-laws, get the package while I purchased an annual passport to have discounts on shopping, dining, and parking. The highest level annual pass even comes with daily free stroller or wheelchair rental. This alone made my annual passport purchase a good financial choice.

Dining options are different. We went in the mid-November time frame. Crowds were not crazy, but it wasn’t off-season either: in fact, Walt Disney Studios reached capacity and closed one day. Yet there were several restaurants in both parks that were closed. Counter service eateries were few and far between resulting in insane, out-the-door and down-the-street lines at Casey’s and elsewhere. The WDW dining plan doesn’t exist here, although they do sometimes offer deals with full and half board. The standard full board dining plan, however, only offers vouchers for meals at buffet restaurants and breakfast must be taken at your resort. In order to have a la carte choices, you’ll have to spring for the most expensive dining plan, Premium.

And while French cuisine in general is excellent (mmm….macaroons!), the park fare here is standard at best. The tastiest restaurant we found by far was the chain Earl of Sandwich in Disney Village (and they gave u 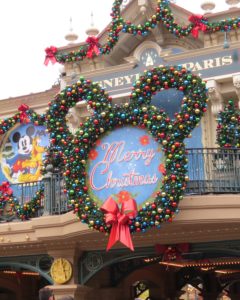 s a passholder discount, as did the Starbucks!)

There are different rides. This is truly a topic for another, or even multiple, posts, but there are a few unique attractions that can only be found at DLP. The first one that leaps to mind is the Ratatouille: L’Aventure Totalement Toquée de Rémy ride in Walt Disney Studios park. Unique and whimsical, it’s a 3D ride in trackless “ratmobiles.” The park is also home to Crush’s Coaster and Armageddon: Les Effets Speciaux, also only found in Paris. In Disneyland, Les Mystères du Nautilus, Alice’s Curious Labyrinth, La Tanière du Dragon, and Le Passage Enchanté d’Aladdin are all walk-throughs unique to the park. And even when an attraction is technically similar to one at another park, such as Big Thunder Mountain, Space Mountain, the Haunted Mansion (known here as Phantom Manor), and Pirates of the Caribbean, there are important differences in theming. Truth to be told, I prefer the Paris versions of both Big Thunder and Phantom Manor.  Another difference is that there are the two covered galleries that parallel Main Street providing respite from inclement weather, an alternate route on crowded days, and a place for non-shoppers to hang out while their companions brows e.

You *are* in Europe. While there is plenty of signage in English and every cast member I encountered could at least speak some English, there are not many Americans in the parks. Most English speakers, in fact, are from the UK or Ireland. And while the parks visually closely resemble their American counterparts, one cannot forget that it is, after all, Europe. There’s a lot of smoking that goes on outside of designated areas, even in ride lines. This was a major bummer for us. The parks are also not kept as scrupulously clean as the ones in the US. And there were several times during the day when it seemed like all the E-ticket rides were down for maintenance, at the same time.

It’s still Disney. At the end of the day, cultural differences aside, Disneyland Paris is most definitely a Disney Park, and as such is filled with many magical touches. The cast members that we encountered were all pleasant and friendly, the park was decorated for the holidays, and pixie dust was definitely in the air. As a Florida girl born and bred, Walt Disney World will probably always be my favorite resort, but I am very grateful that I had the opportunity to visit Disneyland Paris.

If you’re ready to have your own Disneyland Paris experience, we recommend contacting Authorized Disney Vacation Planner, Patricia Payne at All For Dreams Travel! Her services are FREE and she can help you with all of your travel arrangements. Click here for a free quote!