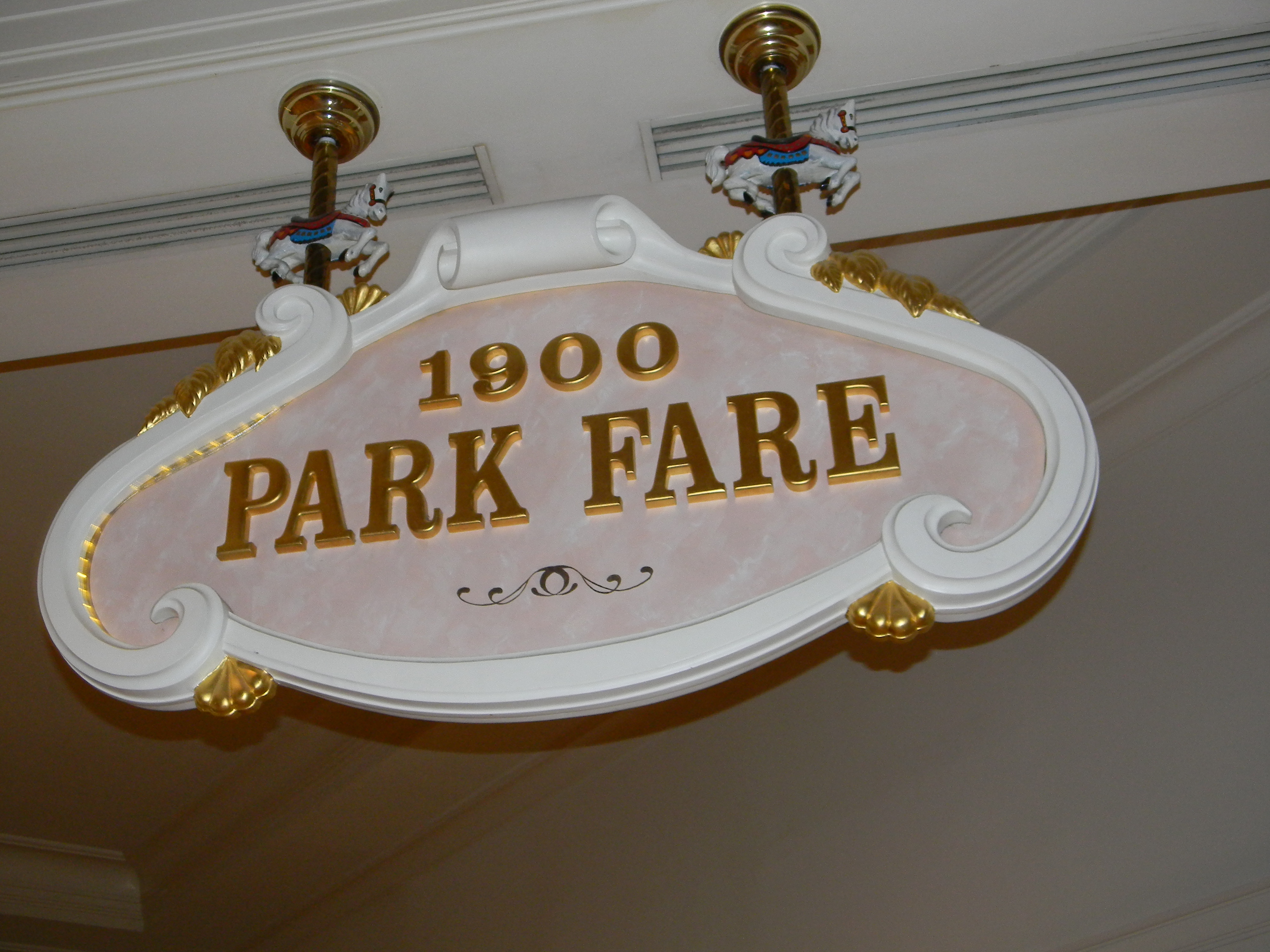 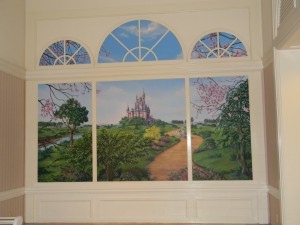 We love character dining experiences – it doesn’t matter that our children are 18 and 24, our family still loves mingling with Disney “celebrities” over a good meal.  Because we have a boy and a girl, we’ve always tried to find character dining everyone would enjoy.  For many years, we enjoyed Chef Mickey’s so much, we couldn’t imaging going anywhere else!  The Fab Five (Mickey, Minnie, Donald, Goofy, and Pluto) were so much fun!  They are pretty quiet though – which got me thinking about trying a character dining experience where the interaction would involve actual conversation.  After researching my options, I settled on 1900 Park Fare at the Grand Floridian Resort and Spa and booked an ADR (Advance Dining Reservation) for dinner. 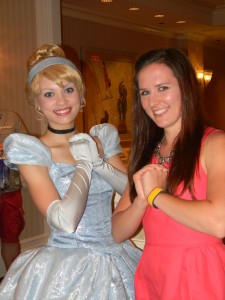 company we had really enjoyed!  The characters at this buffet include Cinderella and Prince Charming (who are every bit as gracious and lovely as you would imagine) – but that royal couple is not who attracted me to this particular restaurant.  Cinderella’s extended family also makes an appearance during your meal at 1900 Park Fare!  I’m talking about Lady Tremaine, Drizella, and Anastasia (the Step Sisters)!  If you’ve never had the opportunity to visit with these three, you don’t know what you’re missing.  They are simply hilarious and wildly entertaining – they are the reason I booked our dinner there.

Your evening begins as you check in at the restaurant’s podium.  The Victorian beauty of the Grand Floridian is indescribable, and extends to the theming of the dining area for 1900 Park Fare, which is decorated with whimsical carousel figures.  Once your party has received their light-up buzzer, you’ll be directed to an area for your group portrait.  Disney photographers at the ready, you’ll pose in front of a pretty picture-window backdrop.  Once the pictures have been taken, you’re free to wander and explore the resort’s beautiful lobby while waiting to be seated.

When your table is ready, you’ll be asked to wait by the door to the dining room for a hostess who will escort you to your table.  The room is large, open, bright and yes, as you would expect, pretty noisy!  It’s okay, though, the openness of the main 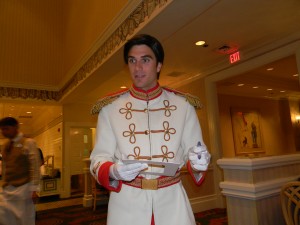 seating area allows guests to see and be seen.  You get to watch the characters as they make their rounds, having fun with both dinner guests and each other,  and you get to see the other guests who are (both boys and girls) often dressed up for the occasion!  Our server explained exactly what we could expect – Prince Charming would visit us first, followed by Cinderella, then by Lady Tremaine, and finally, each Step Sister would stop by.

Dinner is a buffet.  The variety of dishes was impressive – American and international dishes meant to represent all the kingdoms in the world.  Of course there was also plenty of standard kid-friendly fare as well.  Salads, soups (try the strawberry!), stew, curried chicken, pot stickers, sushi (really fresh), a carving station, and peel-n-eat shrimp are among the selections.  Desserts are also plentiful (bread pudding, yum).

Diva Tips for Making the Most of Dinner at 1900 Park Fare: 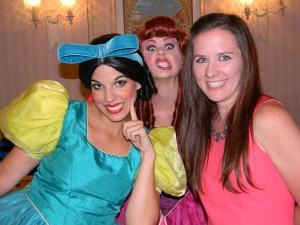 This meal seemed to be a favorite of older children (as opposed to toddlers or pre-school-aged who don’t recognize some of these characters or understand their demeanor/fictional attitudes).

Consider dressing up a bit.  I was happy we wore nicer clothes which made for better pictures, but if you have little ones, we saw some adorable interactions between the characters and young guests dressed as princes and princesses.

Have autograph items ready.  We placed ours (photo mats) and pens at the outer-facing end of the table – the characters were then able to easily and conveniently sign everything while chatting with our group.

Help children understand that every table will receive a visit from every character – it appeared to be a little challenging for some tables to get good pictures when the children from other tables were running over to interrupt (or photo-bomb) the interactions. 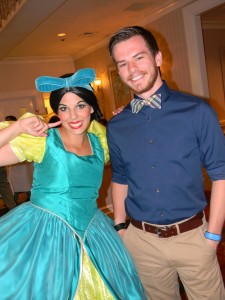 Play along.  The characters are masters of ad-libbing some hilarious dialogue that is much more fun if you buy into the “story.”  Lady Tremaine asked my son a few questions – clearly to determine his suitability as a possible “prince” for one of her darling daughters.  When Drizella asked if our paint pen was “real gold” we said, “of course” – then she wanted to know where our son was from, if he was a prince, and how many castles he had…clearly she loved all the answers and before we knew it, she had informed Lady Tremaine of impending nuptials.  This prompted Anastasia to stop by with some tips for my son on finding the perfect engagement ring, “Use the nostril test – if a diamond can fit up your nose, it’s too small!”

Have you enjoyed a character dinner at 1900 Park Fare?  Was it what you expected? 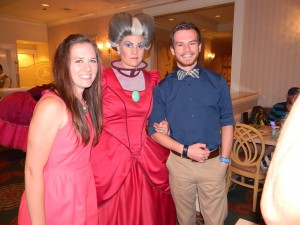