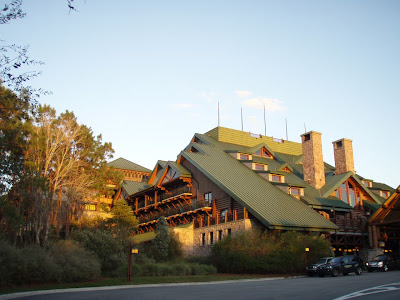 A Tale of Two Resorts: Part 1

In part one of this series, I thought I’d share a few pictures of the Wilderness Lodge.

The front of the Lodge is impressive.

The Lobby is even more spectacular. I spent a lot of time just sitting in the lobby, enjoying the surroundings, and people watching. 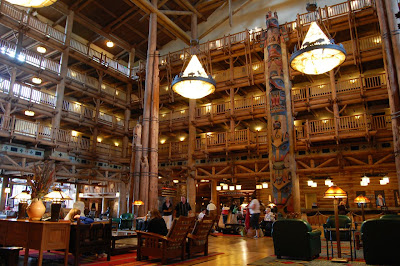 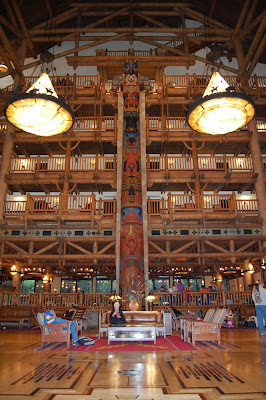 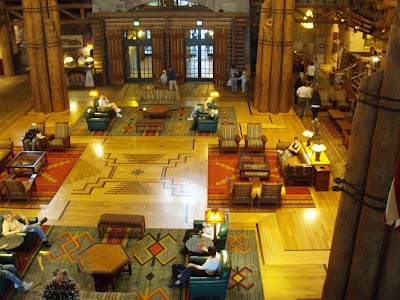 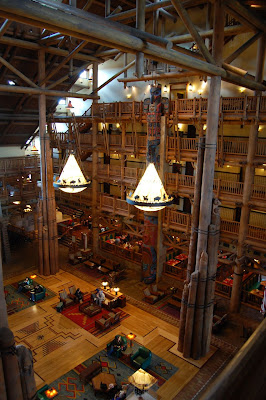 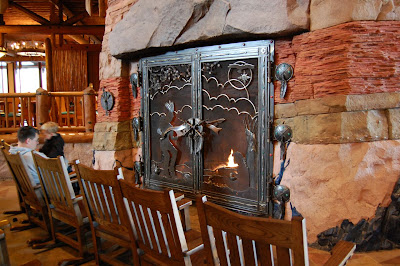 The indoor hot spring starts in the rear of the lobby, where the water flows down…

…into the waterfall, and continues…. 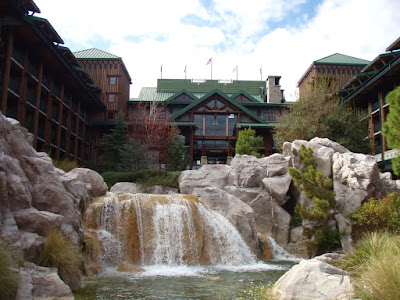 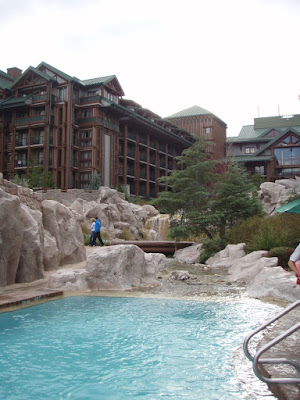 Here’s a glimpse of our our room.
. 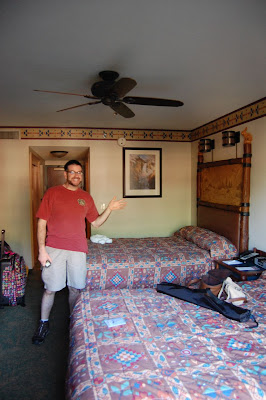 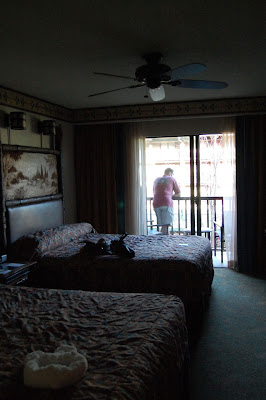 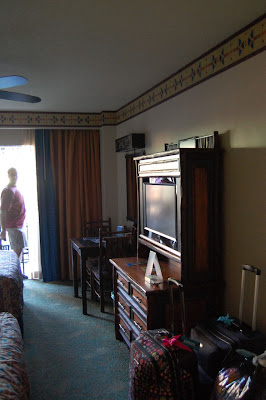 The view from the balcony is terrific.
. 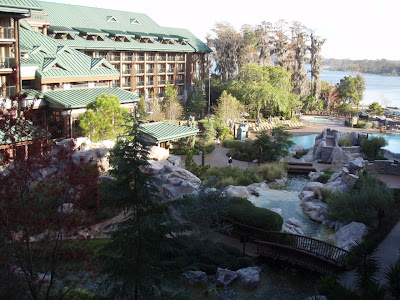 In the evening, the balcony is a great place to enjoy a cocktail, a snack, and…. 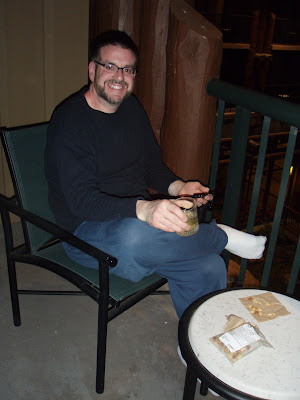 ..and watch the Electrical Water Pageant. 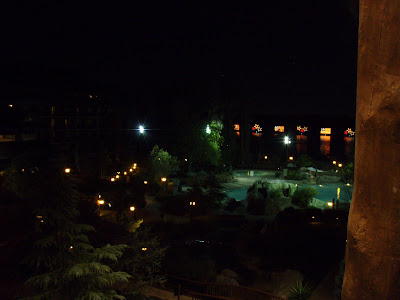 The view to the left left you feeling as if you were in the middle of a national park! 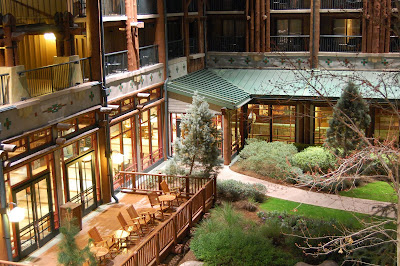 View back to the right reassured you that you were still in the magical world that only Disney can provide.

The lodge from the ferry to the Magic Kingdom. This is a great bonus to staying at the Wilderness Lodge. You may not have the monorail, but the boat provides at least one additional form of transportation “home” after fireworks. 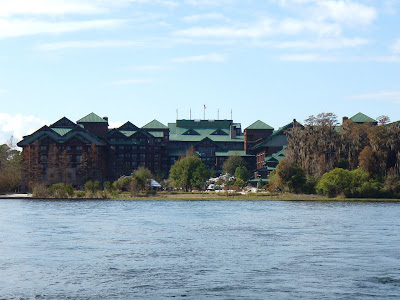 The Lodge is amazing, and one of my favorite resorts. It is a short boat ride to the Magic Kingdom, and a short bus ride to Epcot and Disney Hollywood Studios, so you don’t feel like you’re too far away from everything.

The area is beautiful, it’s easy to forget you are in Florida. It is also in close proximity to Fort Wilderness, and all its great activities. (More on them coming later in the series!)

Next up: The Villas at Wilderness Lodge.