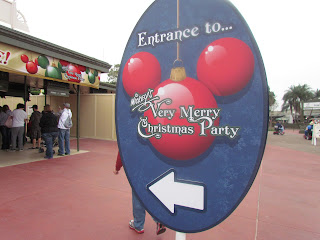 It’s the Most Wonderful Time of the Year at Walt Disney World and you’re heading down there to enjoy the holidays with your loved ones. Have you considered going to Mickey’s Very Merry Christmas Party?

The Christmas Party is a separately ticketed event at Magic Kingdom. Which means that you buy it apart from park admission ticket. You can buy the tickets from Disney the day of, but I really suggest that you pre-purchase as its entirely possible that the parties will sell out.

Parties usually begin around the second week of November and go until Christmas week. You can see what dates the parties will occur on the Walt Disney World website. 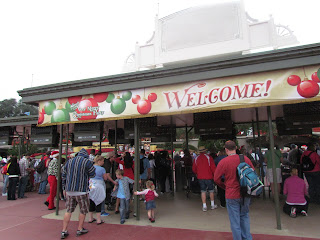 The Magic Kingdom DOES shut down to the general public on Christmas Party nights, which means that guests at Walt Disney World who do not have MVMCP tickets must spend the evening at another one of the parks. This is particularly important if you have Magic Your way Tickets because if you start the day in Magic Kingdom and don’t have Mickey’s Very Merry Christmas Party tickets then you will not be able to go into any of the Disney Parks that evening. Essentially you will have wasted one of your full day tickets by only being able to go into Magic Kingdom half of the day.

The Christmas Party officially starts at 7:00pm, but you can begin going in with your special tickets at about 4:00pm. IF you are in the park you will need to go back to the front of the park and re-enter with your special Christmas Party tickets. They will give you a special arm band. This is basically how you get to stay in the park. Around 6:30 cast members start walking around and asking you to show your arm band. If you don’t have one they will send you out of the park.So that arm band is ESSENTIAL!!! 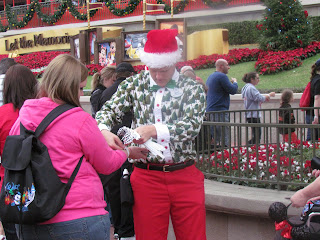 When the Diva Family goes to the Christmas Party we always make sure to take an extra long rest in the middle of the day because we plan on staying out ALL NIGHT! So we always go back to rest around noon and then re-enter the park around 4:30pm so we don’t have to mess with doubling back to get our Christmas Party armbands.

There are many different events that happen at Mickey’s Very Christmas Party that you don’t get on regular evening at Magic Kingdom. For example: 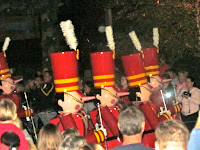 – Mickey’s Once Upon a Christmastime Parade: At MVMCP they have a parade that only happens during the party. It features Santa Claus at the end which really makes the season feel like its officially “kicked off”. 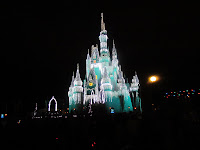 – Holiday Wishes: Celebrate the Spirit of the Season: Christmas Fireworks?! Oh yeah. You can only see this particular show at the Christmas Party.

– Dance Parties: Need to shake your groove thing? There are two different places you can get down with some of your favorite characters.

– Rare Characters – There are also some rarely found characters around like the Seven Dwarfs.

So consider Mickey’s Very Merry Christmas Party for YOUR next November or December vacation to Walt Disney World !!