What this Disneyland Gal Loved about Walt Disney World 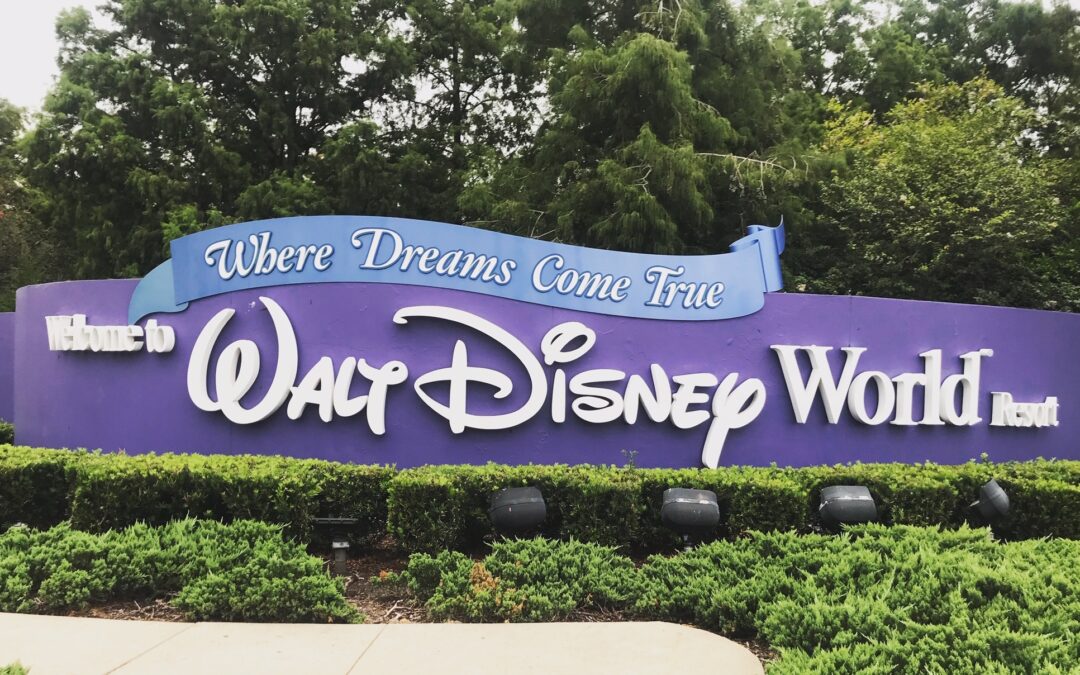 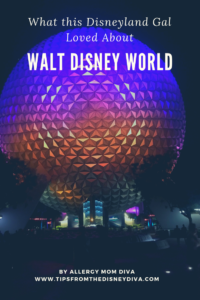 Having lived most of my life on the west coast where Disneyland was just a hop, skip, and a jump away from my town, I never had the opportunity to visit Walt Disney World. Between my frequent trips to the Disneyland Resort, I always wondered what the “other” side of Disney was like.

Is the Cinderella Castle really that much bigger than my beloved Sleeping Beauty Castle? (Yes). Do they have churro carts on every corner? (No… instead, they have completely marvelous treats like donuts bigger than my hand). Would I get completely lost trying to find, well, anything? (Yes. Every. Time.). 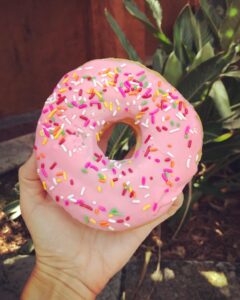 After my first trip to Walt Disney World this summer, I’m excited to share some of my favorite aspects of the “Most Magical Place on Earth.”

Diversity of the Parks

With four theme parks (not to mention water parks and Disney Springs), I really appreciated the diversity of attractions, shows, and food at each park. There seemed to be an endless list of things to see and do for all ages and interests.

In addition to the roller coasters and time-honored attractions, I really enjoyed the non-traditional theme park experiences. Witnessing the beauty of giraffes, lions, and hippopotamuses on the Kilimanjaro Safaris as the sun was setting over Animal Kingdom was awe-inspiring. 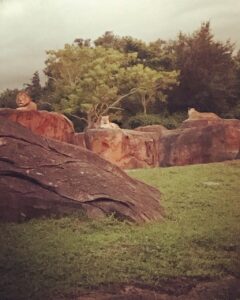 In Epcot, cruising through greenhouses on a gentle boat tour in the Living with the Land attraction was both educational and motivating. Who knew there were so many innovative approaches to farming?? I could also spend a week solely focused on sampling all of the food and drinks in Epcot’s World Showcase.

One of my most favorite experiences at Walt Disney World was actually The Hall of Presidents in Magic Kingdom. Being reminded about the foundation of our nation and witnessing the (animatronics) presidents all standing together on stage gave me goose bumps. 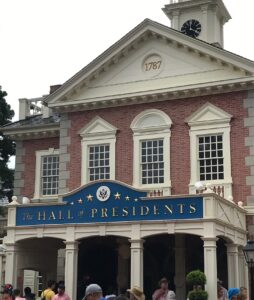 Explorers, thrill-seekers, foodies, window-shoppers, and Disney fans would all find plenty of activities to keep them busy for many days at Walt Disney World.

The People Mover. Country Bear Jamboree. Need I say more?? These were some of my favorite attractions as a child, and Walt Disney World still has them! The Tomorrowland Transit Authority PeopleMover is somewhat different from Disneyland’s original attraction, but the movement and birds-eye view of the park below is reminiscent of my cherished childhood attraction. 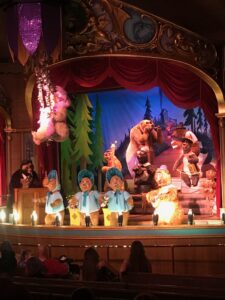 On a hot summer day, there was also nothing better than visiting the zany, singing bears of the Country Bear Jamboree. It closed in Disneyland in 2001 to make room for the Many Adventures of Winnie the Pooh attraction, and it is actually one of the very last attractions that Walt Disney personally helped develop at Walt Disney World. It was everything that I remembered and more!

It took me a minute to adjust to having no idea where anything was located at Walt Disney World, especially at Magic Kingdom. What do you mean Big Thunder Mountain Railroad is next to Splash Mountain, and the Haunted Mansion is in some place called Liberty Square?? It was disconcerting at first.

However, I soon began to enjoy being a “newbie” to a Disney park. It was refreshing to remember what it was like to experience attractions for the first time. I laughed out loud multiples times during the show at Monsters, Inc. Laugh Floor, and I may have been a bit terrified when we reached the end of the tracks and had nowhere to go on Expedition Everest – Legend of the Forbidden Mountain in Animal Kingdom (who knew we would go backwards??). 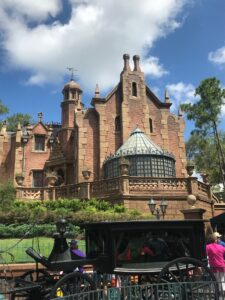 Everything was new and unexpected. Even the attractions that we had at the Disneyland Resort were different in Walt Disney World. I felt like a kid in a candy store with so many options and not enough time!

I also think we frequent-Disney park guests sometimes take it for granted that these trips are brand new, sometimes once-in-a-lifetime experiences for many people. These were good reminders to myself to not only appreciate the frequency that I am able to visit the Disneyland Resort, but to also go out of my way to help other guests who look lost or overwhelmed. Many guests and cast members did just that for me at Walt Disney World (where, I apparently have no sense of direction. I may have turned my phone upside down multiple times when trying to follow the walking directions on the Walt Disney World app).

My list of “favorites” at the Walt Disney World is extensive. Here are some of the highlights: 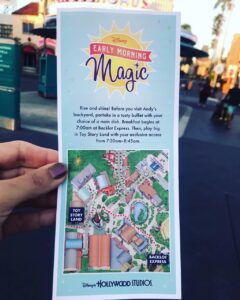 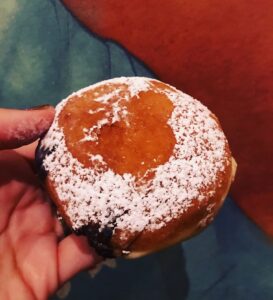 Now that I have been to Walt Disney World once, I’m already conspiring how to visit again! Our recommended travel agent, Patricia at All Dreams for Travel, guided me effortlessly through the vast, sometimes overwhelming realm of planning a Walt Disney World vacation.  She can help you do the same! Contact her here!

What are your favorite tips for first time guests to Walt Disney World?

Hi there! In addition to constantly dreaming about our next Disneyland vacation, I love helping my friends and family plan their own (practically) perfect Disneyland trips. I also work in the health and human services field, and I am a mom to two young kiddos with food allergies. Traveling can be stressful for those of us with food allergies. It is my hope that my Disneyland experiences and related tips will help other families enjoy magical, allergy-free vacations.