What to do when it storms at Walt Disney World 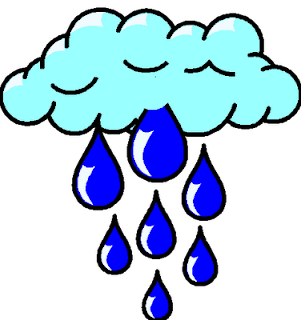 One day I was awakened early with BEEP indicating a weather alert on my phone.

The alert was in Kissimmee, Florida, which was experiencing A FREEZE warning on that day. My phone said it was a balmy 30F (-1 C) degrees at Walt Disney World, and this was at 9:00am. That’s cold to just about anybody, whether you are one of my FINE Canadian readers or not, eh?

I can honestly say I’ve never heard of it being this COLD at WDW, but the weather is sometimes FRIGHTFUL there.

From early May until mid-October Orlando can experience some unbearable heat and humidity. The Diva’s family lives in the deep South and even WE occasionally swoon at the heat/humidity in June.

Summer also means rain showers at Disney. So bringing rain gear is a MUST. I highly suggest you buy some cheap ponchos at Wal-Mart before you leave and a compact umbrella.

So where should you go should the weather turn nasty (cold/hot/rainy) on your vacation?? I mean, you’ve paid already, you should still be able to have some fun, right?

You should make out ok in ANY of these places should you need air conditioner/ heat/ or shelter from the rain.

Epcot:
Future World: Spaceship Earth, Ellen’s Energy Adventure, Test Track (does have a short outdoor portion if its raining), Innoventions East and West, The Seas with Nemo, Turtle Talk with Crush, Soarin, Living with the Land, The Circle of Life, Journey into Imagination, Honey I shrunk the audience/ Captain EO.
While there are absolutely indoor things to do in World Showcase you’re going to have to go outside between attractions and there is a lot of walking between countries. I’d stick to Future World. World Showcase is miserable when its really really hot too.

Hollywood Studios:
The Great Movie Ride, American Idol, Star Tours (when it gets back up and running), Muppets 3D, Toy Story Mania, One Man’s Dream, Voyage of the Little Mermaid (sooo great when its super hot outside because there is a light mist), Magic of Disney Imagination, Playhouse Disney, (Part of the queue is outside for Rock n Rollercoaster & Tower of Terror). Any of the outdoor amphitheaters are BEYOND miserable when its hot outside!!!

Animal Kingdom:
Top Tip: The Diva Family actually LOVES Animal Kingdom when its raining because everybody seems to leave when it starts (probably because most everything is outside), If you can stand a little rain then head to AK. Best way to ride Everest over and over again!
Its tough to be a bug, Festival of the Lion King, Finding Nemo.

So if the weather gets FRIGHTFUL on your next Disney World Trip remember you can still have a GREAT time at Walt Disney World.
Have a Magical Time!