What You Need to Know about Star Wars: Galaxy’s Edge Opening 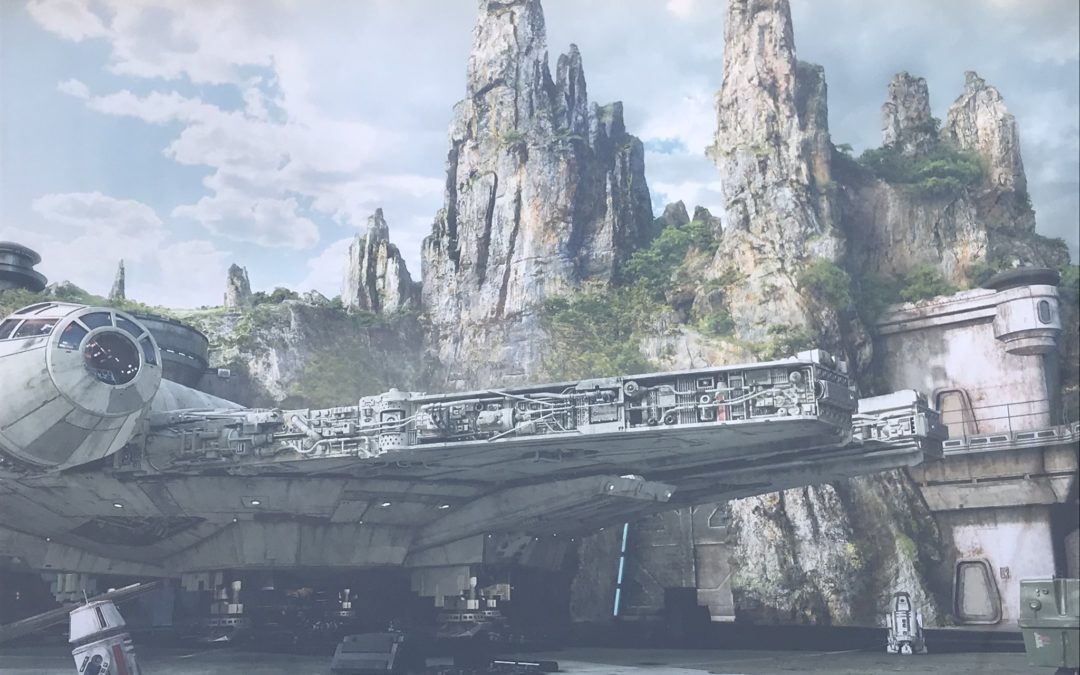 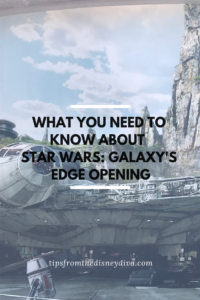 Anyone else feel like Christmas came early last week?

In August 2015, Disney announced they were going to undertake a massive construction project – creating a Star Wars themed land at both Disneyland Resort and Walt Disney World Resort. Eight months later in April 2016 construction began.  And for almost three years fans all across the galaxy have been anxiously watching and waiting for the opening.  We’ve seen sneak peaks of design concepts and watched the cranes and other equipment from this side of the construction walls.  We were told to expect Disneyland’s Galaxy’s Edge to open Summer 2019, and Hollywood Studios’ to open late Fall 2019.  But last week at Disney’s shareholder meeting we were all thrilled to receive an unexpected surprise – an EARLY opening date! Star Wars: Galaxy’s Edge will open on May 31, 2019 at Disneyland Park, and August 29 at Disney’s Hollywood Studios!

If you’re planning to be among the first to set foot in Batuu, there are a few things you’ll want to know. 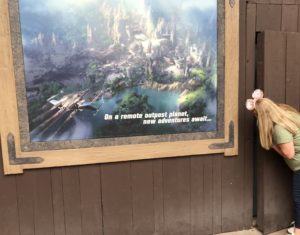 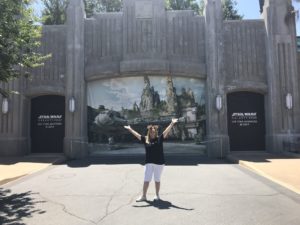 Diva Tip: There are lots of benefits to stay on-site at Walt Disney World, but utilizing Extra Magic Hours to see Star Wars: Galaxy’s Edge may be one of the best for Star Wars fans! Soarin’ Diva and Passholder Diva tell you why they’ll always choose a Disney resort. For Disneyland, check out Tinker Belle Diva’s review of Disney’s Paradise Pier Hotel.

Disney is stressing that capacity is limited, and even with a resort reservation and valid theme park ticket (which is required) you may not be able to get into Galaxy’s Edge. 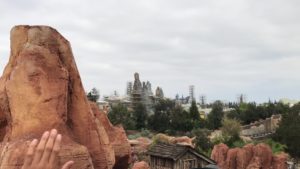 Opening in phases will allow guests to experience the Outer Rim as soon as possible and hopefully ease the crowds.  And although you may not be able to battle the First Order on opening day, you will be able to browse shops and partake in an out-of-this-world array of food and beverages.

No FastPass available At least initially, you won’t be able to avoid the long lines for your chance to pilot the Millennium Falcon by using a FastPass.  Until further notice, Disney is not offering either MaxPass or FastPass+ for Millennium Falcon: Smugglers Run.

Be Prepared for Galactic Crowds There’s no question crowd level will skyrocket once Star Wars: Galaxy’s Edge opens.  Disney is very clear on their websites that capacity is limited, and even if you have a park ticket and resort reservation, you may not be able to access Galaxy’s Edge. 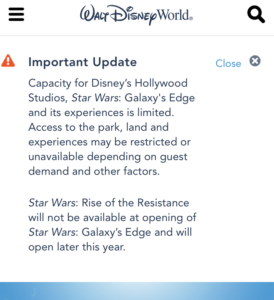 On Walt Disney World’s website, when you book a resort reservation there’s an “Important Message” warning of limited capacity and reminding you Star Wars: Rise of the Resistance won’t be open until later this year. A similar warning is on Disneyland’s website, including a reminder that you will need a reservation to enter Star Wars: Galaxy’s Edge. It will be more important than ever to pack your patience.

Diva Tip: Remember, the Disney Skyliner will be opening at Walt Disney World Resort in the fall, hopefully in time for the opening of Galaxy’s Edge.  You might want to consider a stay at one of the resorts serviced by the Skyliner so you have an additional transportation option to Hollywood Studios. 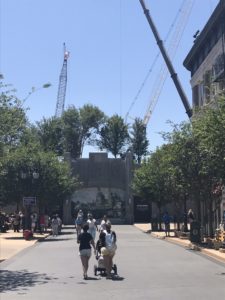 The construction cranes at Hollywood Studios

Stay up to date with new web posts. While you’re waiting for Star Wars: Galaxy’s Edge to open, you can brush up on the back story of Batuu. Disney will be posting a series of articles called “Building Batuu” which promise to give us details and sneak peeks of what to expect. There’s also a dedicated Star Wars page to keep us up-to-date on the latest news. You can be sure I’ll be bookmarking both of these!

Are you ready to jump to hyper-space?  Contact Patricia at All for Dreams Travel to book your room now!  Her services are FREE! I’ll see you on Batuu!