What’s All The Fuss About Disney+? 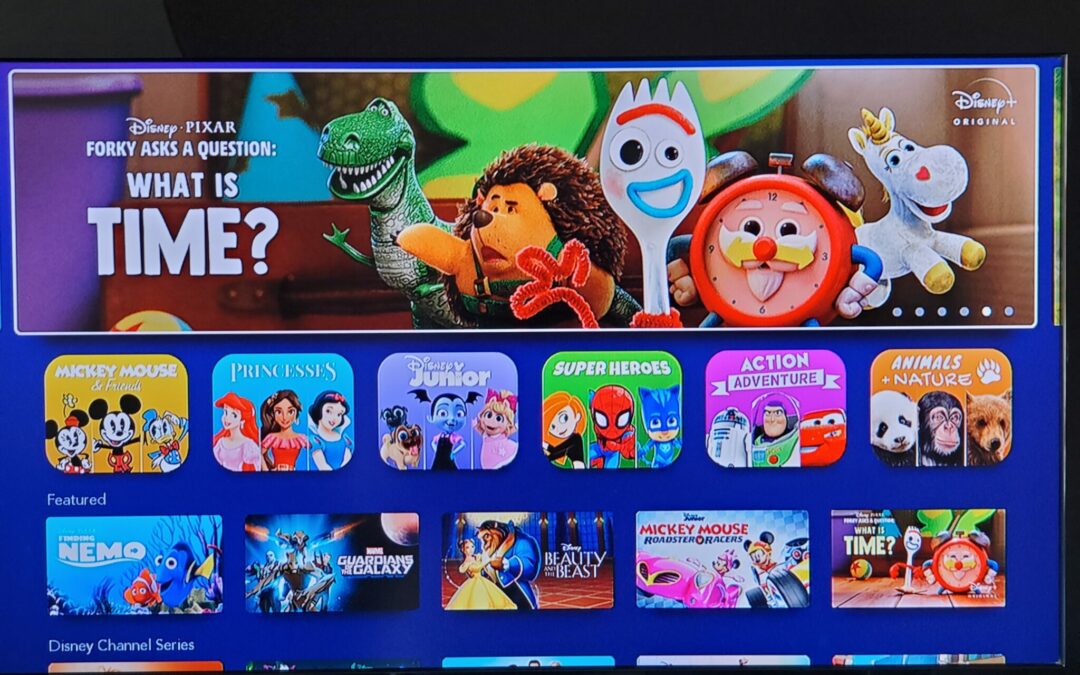 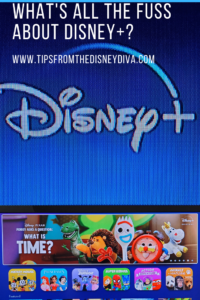 The wait is finally over! Disney fans in North America received access to Disney+ on November 12th. This much anticipated streaming service brought to you by the House of Mouse united Disney fans around the globe from the moment the new product was announced. Facebook pages and Instagram accounts popped up devoted to Disney+ providing fans a place to speculate what may be available and celebrate when their favorite movies and shows were added to the ever growing list.

In true Disney fashion, several options were provided to purchase Disney+. Disney fanatics with a D23 membership had option to pre-purchase 3 years of the streaming service for 30% less than offered through the Disney+ website. Although this offer is no longer available, there are still options to purchase Disney+ for a discounted rate. Through the website, a bundle package is offered which includes Disney+, Hulu (add supported) and ESPN+ for $12.99 a month. What I love about this package is that it is customizable. Disney realized fans may already have one or more of the other products and they’ve taken that into account. Fans who already have Hulu or ESPN+ (or both) can merge their accounts and receive a discounted rate. Disney will credit you back the difference monthly for the value of the base products. We have Hulu + Live TV in our house so we will be credited the $5.99 a month for the Hulu add supported product from the bundle towards our monthly Hulu bill. For more information click here Disney+ Bundle.

The service was rampant with issues during Go Live. Although Disney knew the volume of subscribers they didn’t anticipate them to all access Disney+ on the same day. The internet was full of stories of access issues, horrific customer service wait times, inability to access content and more. These issues seem to have been resolved very quickly and overall Disney fans are very happy with the product. The biggest issue that affected our household was the fact our TV’s were too old to support the app. After much trouble shooting and discussion we decided to purchase a Roku and get started on our newest Disney adventure. Click here for a full list of Disney+ Supported Devices.

**Disclaimer: Tips from the Disney Divas and Devos is not in any away affiliated with Roku and I was not paid by Roku for an endorsement. It was just simply the product that made the most sense for our family needs.**

I won’t lie, I was the most excited member of our family to access Disney+. For Mouseketeers who grew up in the 80’s and 90’s there is a huge nostalgia factor to the service. Suddenly I had access to all my favorite childhood cartoons and movies. Gummie Bears, Darkwing Duck, Chip n’ Dale Rescue Rangers, Ducktales, it was all there and it was amazing. I was one happy grown up kid. Yes, I can still sing the Gummie Bears and Ducktales theme songs after all these years which resulted in some very funny looks from my husband.

You can set up to four individual accounts to access the app at the same time. The app lets you limit the content based on age. The only issue I have with this is Disney makes the determination of what is appropriate for a child versus an adult. My six-year-old loves Star Wars but the movies were not available under the Child setting. Also, you cannot lock the preferences, currently, anyone can go back in and change the settings. It would be nice to see Disney set a PIN requirement to make changes to the accounts.

So what is on Disney+? 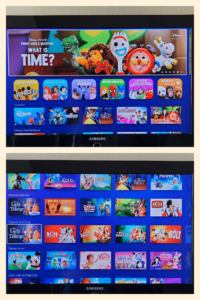 Disney+ has a lot of content sure to please everyone in the family. Under the child settings, there is a list of categories and movies or TV selections under each grouping. Major headings include: Mickey Mouse and Friends, Princesses, Disney Junior, Superheros, Action Adventure and Animals + Nature. My youngest is four and immediately goes for the Disney Junior content where she can find all her favorite shows including Fancy Nancy, Vampirina, Mickey and the Roadster Racers and Doc McStuffins. Disney brought back older DJ content like Handy Manny and My Friends Tigger and Pooh as well.

The sub groupings break content down by categories like Amazing Animals, Sing Your Heart Out, Magic and Fairy Tales and Disney Channel Original Movies. After launch Disney+ has added additional playback features at the request of fans to include Continue Watching, Resume and Restart. Unlike Netflix, if you are watching a series, it does not automatically start the next episode.

Under the Adult settings you have access to all content including the FOX movies and shows such as The Simpsons. Headings are broken down by Disney, PIXAR, MARVEL, STAR WARS and National Geographic. You can scroll through categories for Hit Movies, Originals, Trending, Recommended for You and several other categories. My personal favorite is the Out of the Vault option where I can find Disney classics that have been locked away in a Vault for years. This includes lesser known classics like The Rescuers and Hurcules. Jolly Frogger Diva gives her top picks in her article My Favorite Underrated Disney Animated Movies. 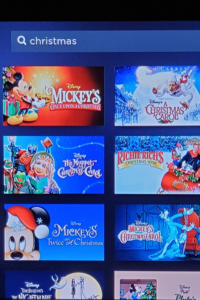 The search option allows to not only search by show title but also a particular actor. This was a quick way to find the Santa Clause movies starring Tim Allen. My kids are working their way through the trilogy as I type this article. Too many choices and not sure where to start? Check out Jolly Frogger Diva’s article on her family’s Top Five Favorite Movies.

Disney+ did include several options for Jim Henson Muppets fans. Most of the Muppet movies are there along with the most recent Muppet TV show. I personally would like to see them add the original Muppet Show from my childhood including the episode where Mark Hamill plays himself and Luke Skywalker. I’d love to see them add Fraggle Rock as well.

Like Netflix, Disney has added original movies and shows that are exclusive to Disney+. The much anticipated Star Wars spin off, The Mandalorian brought an entirely new set of fans to the streaming service and gave us the ridiculously cute Baby Yoda who is taking the internet by storm. Some people signed up for the app purely for the Star Wars content. Disney added a live adaptation of Lady and the Tramp and a new Christmas movie titled Noelle as part of the launch as well. Noelle has already become a family favorite and Snowcone the baby Reindeer gives Baby Yoda a run for his money in the cuteness department. There are shows about Disney Imagineering, finding the wonder in everyday objects in the World According to Jeff Goldblum, Pixar shorts and everyone’s favorite Spork from Toy Story 4 has his own series called Forky Asks a Question.

For users who currently have Netflix or other streaming services, you will find all Disney owned content disappearing very soon. These will only be available on Disney+ going forward.

Is Disney+ worth the cost? 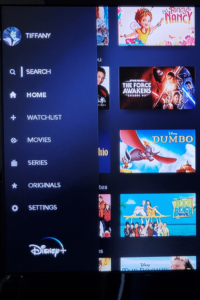 For our family, Disney+ is absolutely worth the price. Is costs less than a monthly Netflix subscription and we have access to all the shows and movies we love. I get to share all my favorite Disney classics with my children and make new memories enjoying the shows all over again. Although we have been very happy with our Disney+ experience, some fans were disappointed with the amount of content at launch. Disney has announced they will be releasing new movies and shows as they expand the content. They have even added an option on the website for fans to request shows and movies to be added.

Overall Disney+ is a solid streaming service that will give Disney fans plenty to watch and enjoy for years to come. Given that Disney+ had over 10 million subscribers by the launch date and is gaining almost one million subscribers daily the House of Mouse has clearly claimed victory in their newest entertainment endeavor.

Have you signed up for Disney+? What is your favorite show/movie/original content? We’d love to hear from you!

If you would like information on planning your first or 50th trip to Disneyland be sure to contact Patricia at All For Dreams Travel for a free vacation quote.