When to Tell Your Kids about a Disney Vacation 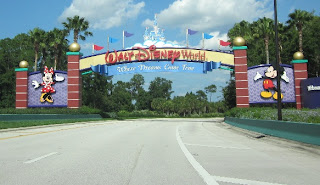 By Savvy Diva
Going to Walt Disney World, Disneyland, or on a Disney Cruise is exciting from beginning to end. By beginning I mean the moment it is decided that you’re going! But should you tell the kids right away?
If you do tell the kids right away you can get them involved with the planning process like picking out the resort, what restaurants to eat at, the outfits they want to pack, making a countdown. They may also annoy you down to your last nerve with a never-ending barrage of questions including a repetitive ‘Is it time for our vacation yet?’ Also, a change in plans could be heart-breaking. Unforeseen circumstances like vehicle trouble, illness, alien invasion, etcetera could cause you to cancel the trip which leads to crying. The kids may cry too.
I love the idea of surprising kids with a Disney Vacation. There are, however, many things you need to think about before deciding to surprise or not surprise. If you look up “Disney surprise” on YouTube it will pull back over 27,000 hits, and not all of them went well. Some have been downright disastrous. Ask yourself, how does my kid handle surprises or drastic situation changes? Are there meltdowns when play dates or outings get cancelled? Just because it’s Disney doesn’t mean the news will be taken well. Try it out on a surprise trip to the zoo or to their favorite restaurant. My biggest tip here is: DO NOT use a fake trip to cover-up the Disney trip. If they have their heart set on visiting Grandma, and then it’s not going to happen, you’re not going to get the reaction you want. Using a Disney trip surprise for a birthday or holiday is pretty common and can save money, but is your child going to be disappointed about not having a traditional present or party?
“We are going to Disney World right now!” (insert screaming here). I think this is the most exciting option, but it does have some drawbacks. Consider your kids’ ages and don’t make the reveal too complicated. Older kids will catch on faster than younger ones so you may not get that all-at-once reaction you’re looking for. For multiple kids I highly suggest verbally telling them together.
Some kids may not understand why you’re so excited about telling them. You can order a free Disney planning DVD and watch it as a family, then when you say that you’re going you will get the I-had-to-scrape-them-off-the-ceiling reaction.
Keeping the secret can be difficult. You have to really watch your conversations so they will not be overheard. No blurting out ideas to your significant other when they pop into your head. Make sure anyone you tell knows it’s a surprise to the kids. Don’t let your kids get the mail or they may question those Disney envelopes! Working with a travel agent can help since the paperwork goes through them first, you can request that they send them to you in a different envelope. The mail could be a great way to tell the kids, though. A package with Disney stuff could magically appear on the doorstep, or a letter could arrive with vacation clues.
However you decide to tell your kids about the Disney trip, I wouldn’t suggest doing it in public. Showing up to your child’s classroom would be a thrill to them, but the teacher may not be too happy about the disruption. Screaming and flying chicken nuggets could possibly annoy fellow fast-food diners.
Too Excited to Sleep Syndrome is very real. You can ask any Diva or Divo here. That last night before the vacation is a killer. Waiting until the last minute to tell your kids may insure a full night’s sleep for them.
My 10 year old has no idea that he’s going to Disney World this May. He will go to sleep Monday night thinking he will go to school Tuesday morning as usual. He will have no idea the day he spent at his Grandma’s that last Saturday was used to pack up the car with luggage. Then at six a.m., when he would least expect it, I will throw open his door, turn on the light, and say “Get up! We’re going to Disney World!” I wonder how long it will take to sink in? Probably when we show up at the airport. It’s going to be great!
Share this...