Where to find Santa at Walt Disney World 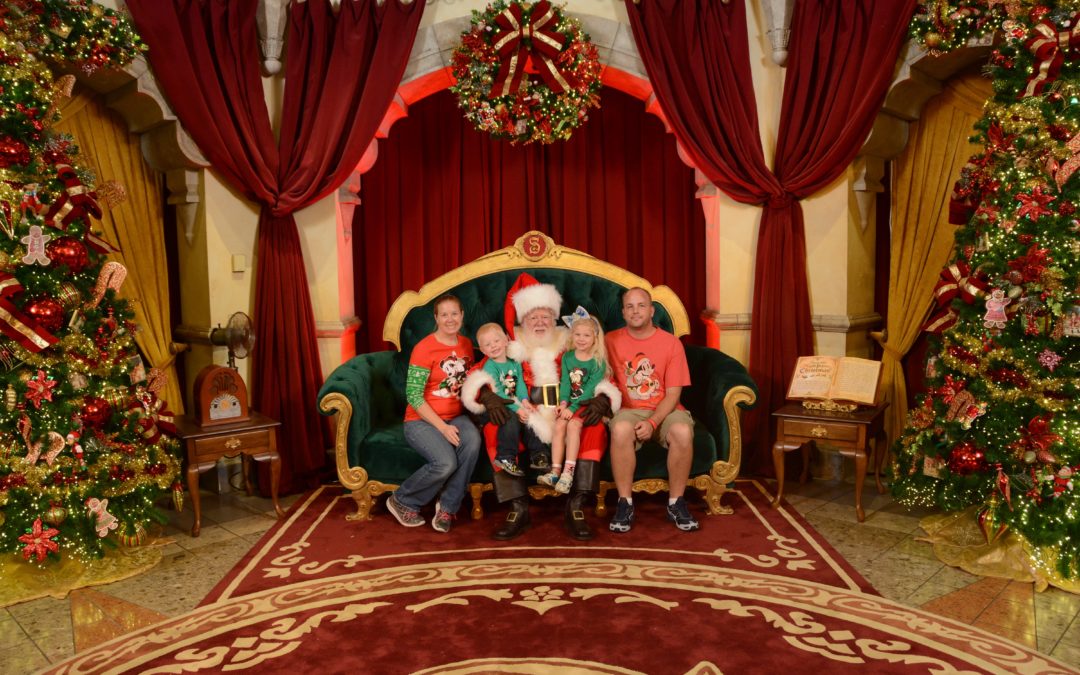 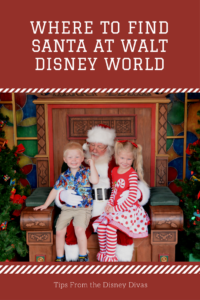 Where to find Santa at Walt Disney World

One of the best things about the Christmas season is getting photos with Santa.  These photos are treasured for generations.  Whether it be a crying baby photo, a kid who believes with their whole heart, or teenagers who do it to please Mom, these photos will always bring back memories.

What better place to make Santa memories than Disney World?  Some places have some good Santa’s: Malls, small events, and local parades.  Some places have great Santa’s: Bass Pro Shop, parades, and higher end events.  Then there are Santa’s that make a believer out of anyone.  Disney is one of those places. 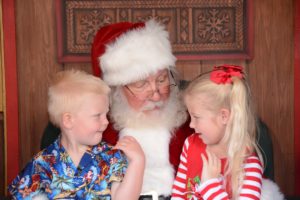 Santa was wonderful with the kids at Disney Springs 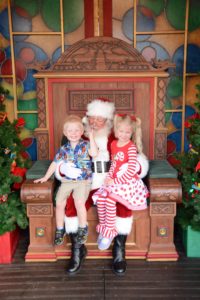 Santa meets in a charming log cabin at Disney Springs

You do not have to have park tickets to see Santa.  One place to see Santa without a park ticket is Disney Springs.  Santa is set-up in a log cabin within the Christmas Tree Trail.  The room Santa is in is fairly small, so you should get good up-close photos with Santa.  In order to see Santa, you will need to see a Cast Member for a pager that will let you know when you can come back in line.  They only work in the immediate area, but there is enough in the area to keep you busy while you wait.  While you are in Disney Springs check out the Christmas Tree Trail and Stitch’s Holiday Gift Hunt. The entrance podium to receive the pagers is at the end of the Christmas Tree Trail near the Once Upon a Toy Store.

Magic Kingdom is home to Mickey’s Very Merry Christmas Party, but you don’t have to have a party ticket to see Santa.  He meets near the entrance by City Hall.  During the holidays that area is transformed into “Candy Cane Garden.”   If you do have tickets to MVMCP, Santa takes a break from seeing families to participate in the Christmas parade. 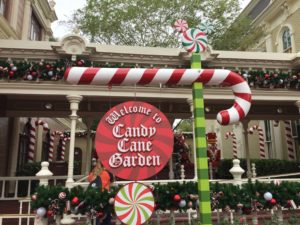 Not only does Santa meet at Epcot, but so does Mrs. Claus!  They reside in America in the World Showcase.  Along with the American Santa and Mrs. Clause, Storytellers and special musical acts are in many of the countries along the World Showcase.  The Storytellers are dressed in traditional holiday attire to present how each county celebrates their winter holiday.  Many of these performers will take photos after their presentation.

Hollywood Studios has, in my opinion, the best Santa photo scene.  There is a couch large enough for even the biggest families to fit on and around.  The room is full of decorations.  The photographer is able to get both wide shots and some up close.  Santa is located in Once Upon a Time.  The line is outside the store and easy to identify. 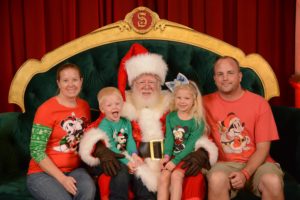 Up close picture at Hollywood Studios 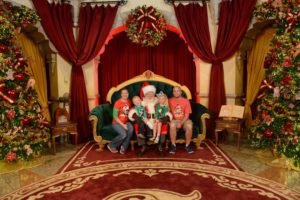 Photo with the scenery at Hollywood Studios 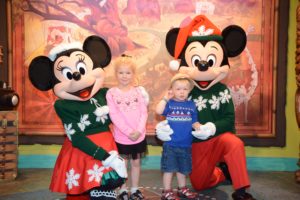 Mickey and Minnie in their Christmas outfits

If you are coming to Disney World between December 25-31 and still want to meet Santa, never fear!  Goofy steps up and fills in for Santa for pictures and the parade in Magic Kingdom. 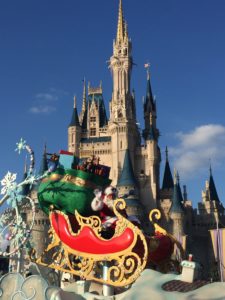 Santa in the Christmas Parade 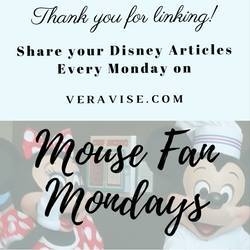