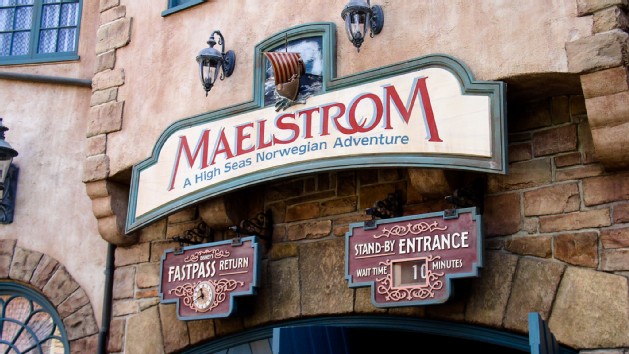 I am sad that Maelstrom is closing forever on October 5th. 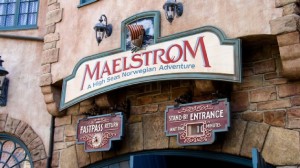 Maelstrom may not be the flashiest ride in Epcot at Walt Disney World, but it was always on my “must do” list.  The ride is similar in scope and feel to It’s A Small World or Pirates of the Caribbean, but with out the iconic popularity that has given those rides a special place in our hearts.  Everyone knows It’s A Small World, but many people have been to Walt Disney World without ever visiting Maelstrom.

Maelstrom means a big whirlpool or vortex of water, and though the ride is a boat ride through water (again, like It’s A Small World or Pirates of the Caribbean), the ride does not live up to its name.  There is no big whirlpool, and really, there is no huge excitement or climax (like the drop at the end of Splash Mountain).  The ride is just a lazy river boat trip passed some animatronics depicting history and legends from Norway.  There isn’t a real story to the ride and though there is an ominous voice at the start that warns you of peril to come, nothing scary happens other than some dark lighting and a few trolls that are more cute than scary.

I can see why Disney has decided to re-do the ride and make it a Frozen attraction, especially with the huge popularity of Frozen.  The Norway pavilion has been bustling with Frozen-Mania and this will surely continue in the future.  I predict that the new ride will be hugely popular to begin with (as all new rides usually are) but then settle into being a crowd favorite, especially for young girls who can’t wait to visit the land of Princess Ana and Queen Elsa.  It is a good choice.  The ride already has some great elements that go well with the movie (like the Trolls) that just need to be changed to match the movie.  It will have much more of a story, it will be a great connection to a beloved Disney movie, and it will draw more crowds. 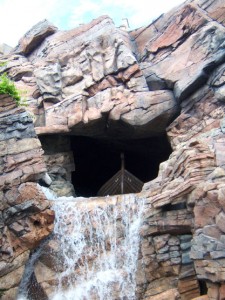 Why, then, do I say I will I really miss it?  To be truly honest with you, I have to reveal a secret about me.  I love to freak people out.  Seeing someone else worried with anticipation, sweating as the idea of what could be coming brings them to the brink of panic, gives me great joy!  Really.  I know, I’m a little sadistic.  So now that you know that about me, you can appreciate that my favorite thing about Maelstrom was the unknown and how I could exploit it.

Many people, as I mentioned earlier, go to Epcot without going to Maelstrom, and it doesn’t have the popularity insuring that guest new to WDW have heard about it before their trip.  Also, as you walk up to the ride in Norway, there is a waterfall spilling outside, and nothing else.  Nothing else of the ride can be seen ahead of time.  There is no way to tell what the water inside does.  So, I love to tell people who don’t know about the ride that it is just like Splash Mountain only “way scarier” because it is inside and in the dark.  Terrible, I know, but I have some amazing memories of my friends and family cowering in fear and almost jumping out of line while waiting for the ride as they have walked slowly around the roped waiting area with huge Viking images above their heads on the walls, still not giving anything away about the ride, and allowing me to play up the fear.  Maybe the new Frozen version will still allow for some cruel fear exploitation, but really, we all know that Frozen is a feel-good movie, so who is going to believe that it is the scariest ride at Disney?  Tricking people and enjoying those few moments of crazy anticipation before they experience a ride that didn’t really offer much is really what I will most miss about Maelstrom. 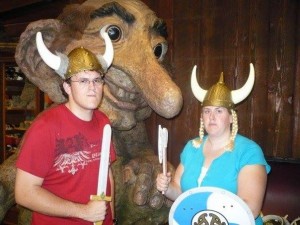 Hola! I'm Diva Viva, the bi-lingual Diva from the Boston area. My husband is from Dominican Republic and we speak fluent Spanish at home. I have always loved Disney and I get to WDW as often as I can! Now, I'm starting to introduce the Disney Magic to my husband and my step-daughter.