“Why Is The Kid Driving The Car?”- Indiana Jones Adventure at Disneyland 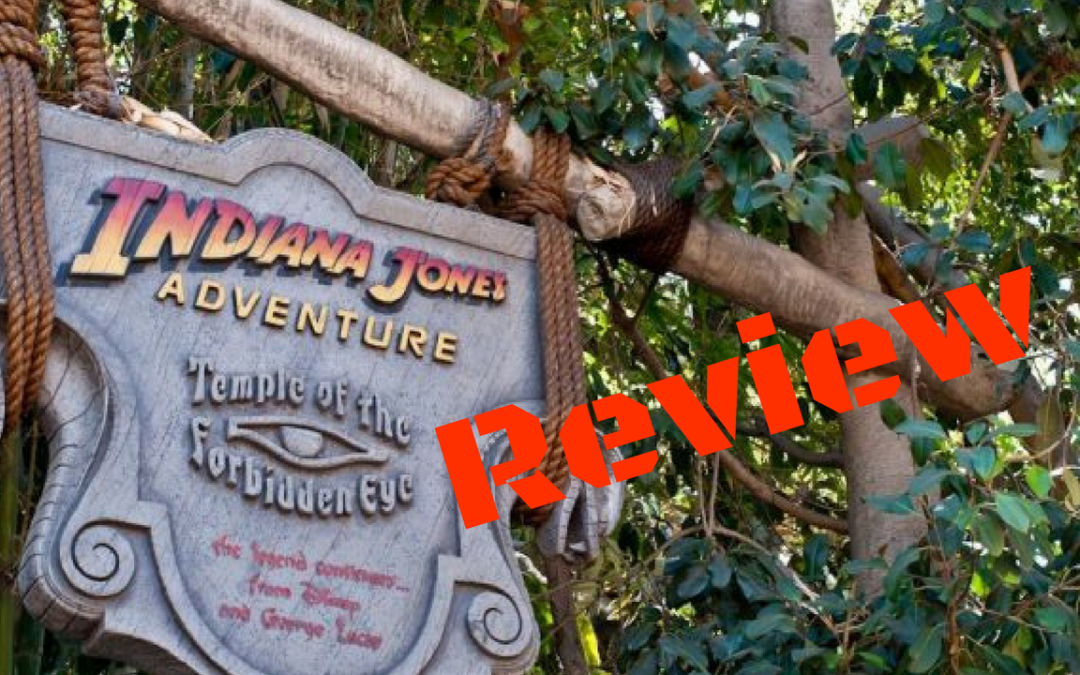 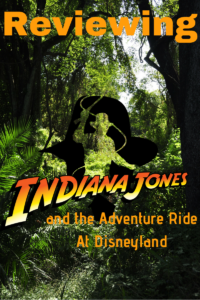 Be Sure to share this article with a friend who loves Indiana Jones!

I’m the Toy Story Fanatic. There’s no doubt about that, but my second favorite movie franchise is hands down Indiana Jones. I love the action and adventure, the treasure hunting and the heroics, and Spielberg’s work on Raiders of the Lost Ark is a big contributing reason why I chose to study film at university.

Rule number one at Disneyland for me was always “go straight to Indy”. I consider it to be the best ride in the park and on my last 2-day trip to the park I went on the ride a total of 9 times. But what is it really about this ride? And is it really something you can’t miss? Well, let me describe it to you and some of the things you need to consider before you board. 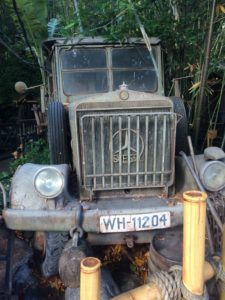 Devo Tip: Be sure to look to your left when you’ve made it back outside exiting the ride. You’ll see a Mercedes truck sitting there. That is the ACTUAL movie-used truck from Raiders of the Lost Ark that Indiana Jones hijacked in the caravan scene.

The story of the ride is one of the most interesting and inventive ideas. Depending on what point you get to the safety information video in your wait in line, the story for you changes. You are either…

Exploring the new temple discovered by Indiana Jones, only to get lost and have to be fished out by the famous archaeologist

OR
Indiana Jones has gone missing for a week, looking for lost tourists. You and your band of adventurers have been commissioned to go into the temple of Mala and find him.

The one consistency- Do not, under any circumstances, look into the Eyes of Mala. They will surely lead to your doom!

Of course, someone in the jeep will look cause he really is *just right there* so you now embark on your adventure through caverns, evil idols, snakes, rats, bugs, skeletons and other various “Death Traps”.

Though this story isn’t the best in a Disney ride, it is cool that they allowed some “re-rideability” to this ride by potentially giving guests a different experience from the get go when they begin the ride.

The story is whatever (Especially compared the Spielberg-led film franchise), but the ride is really interesting. The car you are in is one of the best and most important innovations contributed to the park. The bottom part rides along a track, you sit in the top part, and sandwiched between the two are a series of hydraulics and electronics that cause the bumping and swerving motions of the jeep. (a lot of the same things that gives Star Tours it’s unique flavor)

This allows for lots of jerking around, stops that kind of “stretch” (best way I could describe it. the car stops before you do), swerving and bumping. All this is to simulate driving over terrain that may be a bit bumpy on shocks that may need some work.

Bonus Trivia: When commissioned to help design the ride, George Lucas envisioned a second attraction to intertwine with the Jeep ride. It was a mine-cart roller coaster based on the events of Temple of Doom. This never came to fruition. Imagineers also envisioned Jungle Cruise to go through the ride and a segment of the Disneyland Rail Road to cut through as well, similar to the effect in Splash Mountain. You can see this in the Imagineers concept art above.

That said, I would give all the same cautions to this ride as I would to a standard rollercoaster. Make sure your back and joints are in good working order and maybe refrain from being pregnant while riding. 😊

Also, I won’t pretend this isn’t a scary ride. The theming for this ride both in the line cue and in the ride itself is very reminiscent of an Indiana Jones movie and some of the best and most realistic the park has to offer. Lots of skeletons jumping out at you, fire effects, ghosts, and all manner of creepy crawlies. If you’re concerned for kids, I think the best determiner is this: are they allowed to watch “Temple of Doom”? If yes, your kids should be fine.

Devo Tip: For the best results, ask right before you get on for the front. The Cast Members are very accommodating and can reserve you for a front seat if you are willing to wait another minute. Go in a group of four and you’ll be able to take up the whole front seat and you can get the chance to “Drive” which makes the ride 20% cooler.

“It’s not the Years, It’s The Mileage” 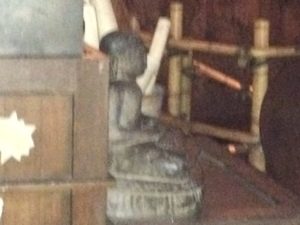 Bonus Trivia: on your way into the ride, look at the Buddha statue in front of the ride operations panel. This is “Breakdown Buddha”. If you displease Breakdown Buddha, the ride will break. Cast members have been known to give offerings at the feet of Breakdown Buddha to try and ward off the bad juju that effects the ride.

Unfortunately, due to how advanced the ride is, it’s very prone to breakdowns. If one thing goes wrong the ride will be shut down until it can be fixed. However, it may be worth your time to just sit across the way at the Bengal Tiger or something until it opens back up. The wait in line can get disastrously long sometimes but breakdowns are typically fixed within a half hour or so, so chances are you’re about a 20-minute wait until it’s fixed. It’s not an inconvenience. It’s a blessing!

It is worth noting though that in early 2018 the ride was refurbished a bit and a few new effects added, and on my last trip I went on the ride almost 10 times in 2 days and never experienced a breakdown. So maybe the majority of problems are fixed now?

Devo Tip: While in the line cue, you’ll notice different hieroglyphics on the walls. These are actual messages and were part of the promotion in 1995. If you look online you can find a decoder card to help translate the messages on the wall. How cool is that?!

Bonus Fun Facts: Indiana Jones Adventure is one of four attractions commissioned to George Lucas by then Disney CEO Michael Eisner to try and help Disneyland appeal to an older audience. The other three were Star Tours, Extra Terrorestrial Alien Encounter, and Michael Jackson’s Captain EO. Captain EO has gone through many replacements, eventually becoming “Pixar Short Film Fest”, Extra Terrorestrial became Stitch’s Great Escape, and Star Tours remained Star Tours but went through a major revamp in 2015. Indiana Jones is, so far, the only unchanged attraction from that commission.

“Keeping Up With The Joneses”

Indiana Jones Adventure in Disneyland accomplishes what every ride hopes for but doesn’t necessarily meet- It makes you feel as if you are an active participant in a grand adventure. You feel like you just escaped a terrible fate by the skin of your teeth and you almost can’t help but hum the Indiana Jones theme music to yourself as you exit.

The ride is cinematic, exciting, surprising, and a must-see attraction. If Adventureland has a name, it’s got to be “Indiana Jones and the Temple of the Forbidden Eye”.

DevoTip: Make sure you hit the ride as early as you can. In Disneyland (excluding California Adventure) Indiana Jones has one of the biggest lines in the park and a wait of over an hour is not uncommon. If you go there as soon as the park opens, you should only have about a 5-10 minute wait. I got on first thing in the morning with a 5-minute wait and I went on it again 3 more times in a row with about a 5-minute increase wait between rides.

Devo Tip: Most of the line cue is unchanged between Fast Pass and Standby. If you insist on a Fast Pass, I would recommend you get it for the afternoon hours from about 1-7 pm, otherwise, your Fast Pass won’t skip most of the line and you’ll be locked out of another Fast Pass unnecessarily. Again though, if you just head to the ride in the morning you won’t have to fight a long line and you get to experience the ride sooner.