Wishes Diva’s Tips and Tricks for the Festival of Fantasy

While visiting Magic Kingdom at Walt Disney World, making a point to see the Festival of Fantasy parade is a must do in my opinion. This parade happens once, sometimes twice, in the afternoon. For me and my husband, it is one of our favorite entertainment options at the park because it includes a nice mix of new and old favorites along with some fun music!

Typically the parade happens at 3pm everyday. During the peak season, the parade can sometimes run at Noon as well. Be sure to pick up a Times Guide by the maps when you enter Magic Kingdom so you can plan your parade time accordingly! Wishes Diva tip: If there are two performances of the parade, go to the later one. It will almost always be less crowded than the first! Most families will hit the earlier parade to get it checked off their list. If you are flexible and your Fastpasses allow, skip the earlier time and hit the later time. Bonus tip: Check wait times for the busiest attractions right before and during the first parade. Chances are the wait times will dip as people head to scope out their parade spot. 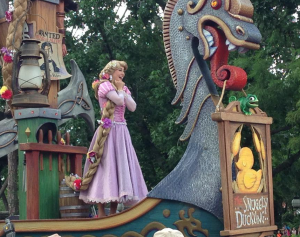 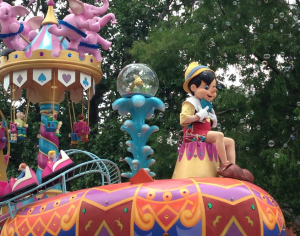 The parade route runs from Frontierland (near Splash Mountain) down toward Haunted Mansion and then toward the hub/castle area. From there the parade circles around the hub and then goes toward the train station. The parade disappears backstage after rounding the Town Square area. There are many, many different places that you can view the parade from. Wishes Diva tip: My favorite is in Liberty Square in front of the Diamond Horseshoe restaurant. We have stood or sat along here multiple times for the parade, and it has never failed us. We especially like this spot because the Maleficent dragon always seems to breathe fire through here! If you end up on the same side of the street as the Diamond Horseshoe be sure that your view is unobstructed as you look toward the beginning of the parade route. In some places the outside balcony porches of some of the shops along this stretch can get in the way. If you can find a good spot across the street on the Tom Sawyer Island side that could help this issue. Bonus tip: I would recommend scoping out your spot about 30-45min before the parade. If you are traveling in smaller numbers it can be easy to send one person to save places. If you are in a larger group, I suggest you all go together. If you are traveling with little ones, take this time to relax and get in a snack or a nap if needed! A little relaxation and people watching never hurt anyone! 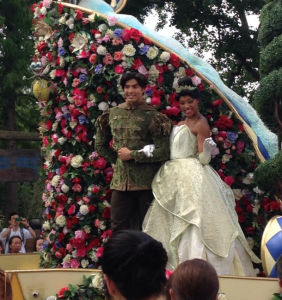 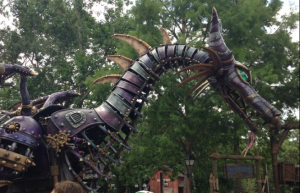 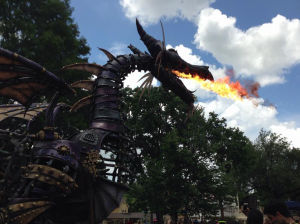 The nice thing about this parade is that you will find a large number of Disney favorites, both new and old. The parade cycles through almost all of the princesses, including my favorites: Belle and Ariel. Not only do they have princesses, but also their princes! Some of the floats also include classic favorites such as Pinocchio, Tinkerbell, and Dumbo! You can also find Mickey and his gang scattered throughout the parade route, with the main cheese taking up the rear with his leading lady, Minnie. 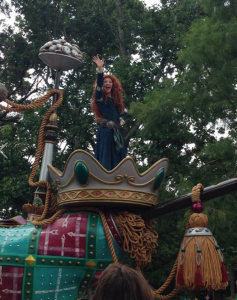 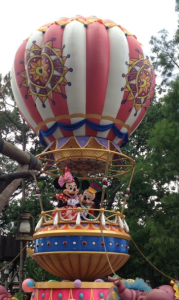 The Festival of Fantasy parade is not to be missed at Magic Kingdom. Be sure to put it in your plans as you prepare for your trip to the Most Magical Place on Earth!