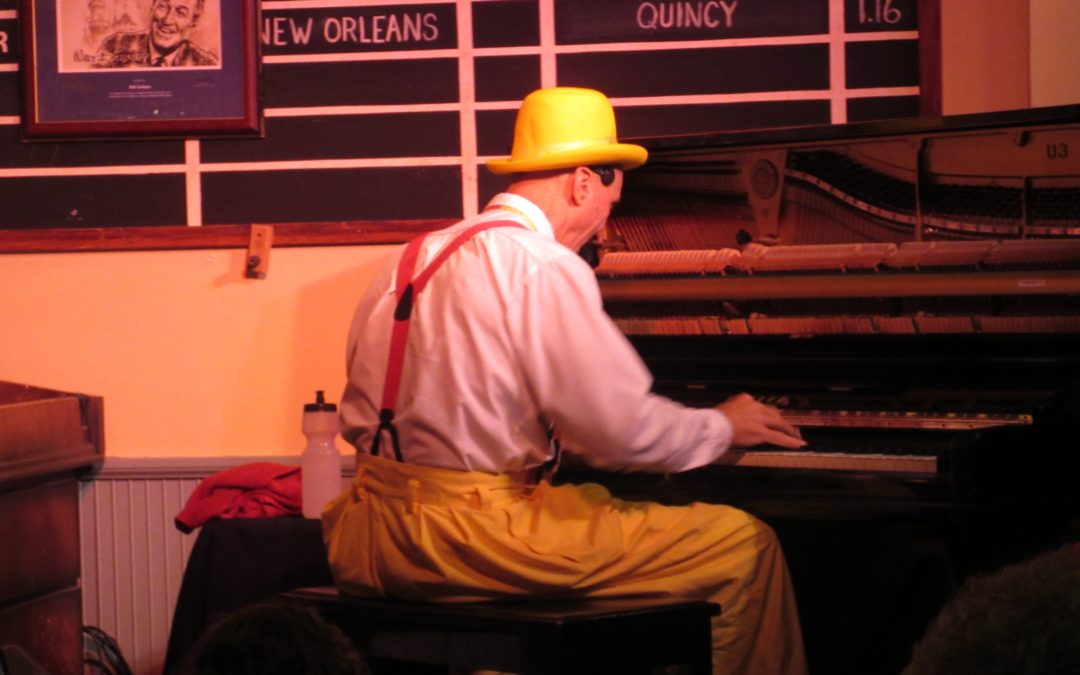 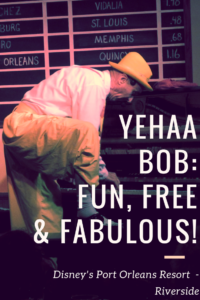 One of the reasons our family loves going to Walt Disney World Resort again and again for our vacations is the endless variety of magical moments you can discover. Sometimes they are spontaneous moments – the custodial staff using their brooms dipped in water to draw characters on the pavement, stumbling upon DiVine in Animal Kingdom, or catching the Muppet Mobile Lab in Epcot – and sometimes they are scheduled events we have just never had the opportunity to experience.  There are so many exciting and marvelous things to do at Walt Disney World Resort that we keep a Disney Bucket List of attractions, shows, and activities we want to see.   We try to cross off at least one or two each trip.

Diva Tip: Don’t let the word “lounge” deter you from catching YeHaa Bob’s performance with your family.  There were several kids in attendance the night we went, and the entire show is absolutely family friendly!  He even had teenagers putting down their phones long enough to actually participate! 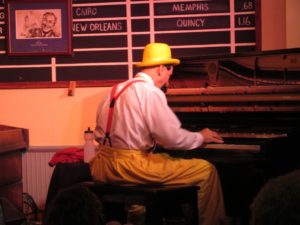 I’m ashamed to admit we’d stayed at Riverside several times, and always meant to catch a show, but just never made it. When we recently stayed at French Quarter, we decided it was time to make it a priority.  It was easy to get to Riverside – French Quarter is only about a 5 minute walk away along the lovely Sassagoula River.  If you’re staying at another resort you’ll need to take Disney transportation.  If you have your own car, just let the attendant at the resort gate know you’re there to see the show.

We arrived about 40 minutes before the show, and we should’ve arrived sooner. Thankfully, it was just my husband and I, so we were able to grab the last two seats at the bar.  All the tables had already been claimed, as well as the sofas and chairs in the lounge area.

Diva Tip: To get a good table, I’d arrive at least an hour before the show.

There is a nice assortment of appetizers you can order (burgers, wings, fritters, shrimp, oysters) as well as great specialty cocktails. The dining plan is not accepted. 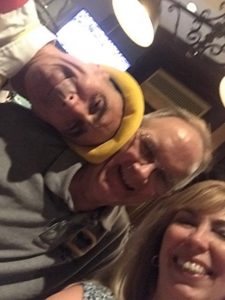 About 20 minutes or so before the show, YeHaa Bob appeared, and the room erupted in applause! He started getting ready for his performance, but given the thousands of times he’s performed, this mostly entailed posing for photos with kids who ran up to greet him, and then working the audience. He wandered from table to table, saying hello to each party and chatting for a few minutes.  It was an honor to grab a photo with such a Disney legacy! 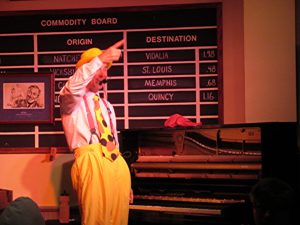 When the show began, so did the party! There really are no words to describe the energy and joyfulness YeHaa Bob brings to the room.  His piano literally rocks, and YeHaa Bob plays with unparalled agility and talent.  From Disney classics like The Bare Necessities, Supercalifragilisticexpialidocious, and Mickey Mouse Club Theme Song; to attraction songs like There’s a Great Big Beautiful Tomorrow and The Tiki, Tiki, Tiki Room; to sing along favorites like Take Me Home, Country Roads, Bingo, and Crocodile Rock; YeHaa Bob will play something you like! And he will get you involved in the fun!

You’ve probably realized that Disney always strives to get their guests immersed in the story. YeHaa Bob will get you immersed in the fun of the performance!  At one point, he called all the kids up, and had them help him with the most complicated rendition of Head, Shoulders, Knees and Toes I’ve ever heard.  They loved it!  And then there was the moment he had all ladies come forward to participate in a kick line during New York, New York. (Undoubtedly, we were better than the Rockettes!)  The gentlemen got the chance to show off their physique with Tarzan, and everyone joined in when he blew his horn. 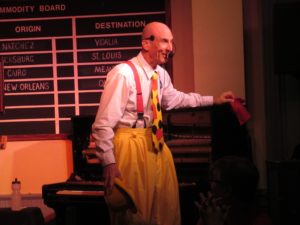 Naturally, with all this energy, Bob gets quite a work-out during his show. He periodically stops and asks the audience if he’s messing up his hair. It took us awhile to catch on, given it was the first time we’ve had the pleasure of enjoying his show,  but you will soon learn that correct response is a very loud assurance from the entire audience, “Looks great, Bob!”

It’s this humor interjected with his boogey-woogie musical talent and charisma that makes the show so fun. But maybe the most magical part of the evening was how well YeHaa Bob remembers everyone! He was able to call out specific details about guests in the audience – information they had shared with him while he was chatting before the show.  If you told him you were celebrating a special occasion, he probably announced it. Mentioned where you were from? Don’t be surprised if he calls on you – “Hey, Nebraska!”  It was phenomenal to me that he has this gift – to be able to meet tens of thousands of people over the years, and yet make each feel like they were his closest friend.

Not surprisingly, YeHaa Bob Jackson shares his talent with others outside of Disney Parks. You can visit his website, to learn more about what this amazing performer does for his community.  You can also order CDs or just send him an email.  What a wonderful way to bring a little Disney to your home!

So don’t make the same mistake we did. Don’t put off seeing YeHaa Bob Jackson!  His show is everything Disney World strives to be – family friendly, fun, and fabulous!

Ready to schedule your next trip to Walt Disney World Resort? Be sure to contact Patricia at All for Dreams Travel.   She can help you make all your magical plans, never charge you a dime, and make sure you have some time left to say “Hello” to YeHaa Bob!