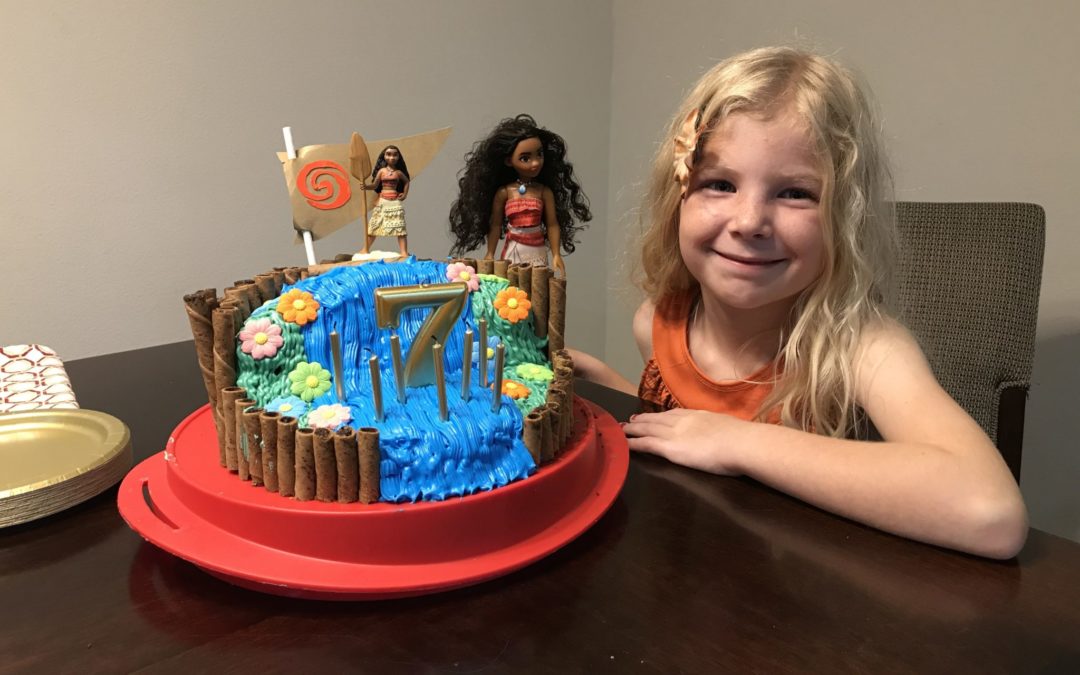 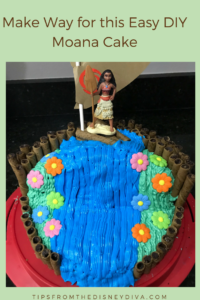 If you kids are anything like mine, then you have seen and heard the Moana movie umpteen times.  In fact, one of the catchy songs is probably running through your head at this very moment.  (You’re Welcome!) When my daughter decided she wanted a Moana-themed 7th birthday I wasn’t surprised.

The surprise came when she wanted me to bake her a Moana cake.  Not the special decorated cupcakes from Publix where all I had to do was pay for them put a cute topper on.  Nope, cake mix, oven, frosting, the works.  I do not bake.  I do not like to bake.  Boxed brownies are about as fancy as I get in the baking department.  But, since her birthday falls on December 24 and only family would be eating/seeing the cake I figured I would give it a shot.

First up, check all of Pinterest for Moana cakes.  There are quite a few options.  Most of them had very fancy frosting and fondant or were several layers tall.  I finally found a couple of pictures that I could put together to make a Moana cake that would work for me.

The cake I found was a simple two layers, with easy frosting that was mostly hidden behind stick cookies.  I bought all the ingredients at the local grocery store and ordered the Moana figurines from Amazon. (Find the ones I bought here)

The stick-like cookies were easier to find than I thought.  I bought three or four canisters, but only ended up using one.  Some came broken and I wasn’t exactly sure how many I would need.  The flowers are all sugar which I bought from the local craft store. 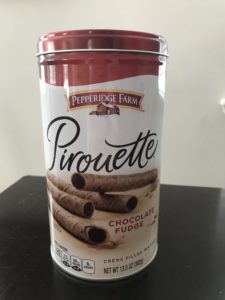 I baked two round cakes and let them cool completely.  Unfortunately, when I was getting the second cake out of the pan it broke.  Luckily, it broke in a way where I could use it as the waterfall.

I frosted the cake excluding the waterfall in green.  I wasn’t too concerned about appearance since most of it was going to be covered.  Once the green frosting was on I added the stick cookies.  I found that cutting them with a knife worked better than breaking them.  There are two layers in the back due to where the cake broke apart. 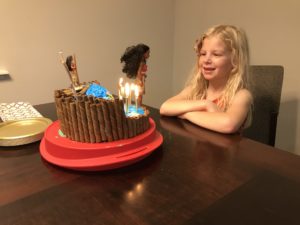 Back of the cake where I used two rows of cookies

I found a random frosting tip I had lying around and positioned it to make it look like the water was falling down.  I added the flowers to cover any parts that needed hiding.

I cut the sail out and drew on the symbol.  I had some random cakepop sticks around from a previous craft and used one for boat.  I used a couple more stick cookies for the boat.  I was hoping to put a few more figurines on or around the cake, but it was too small. 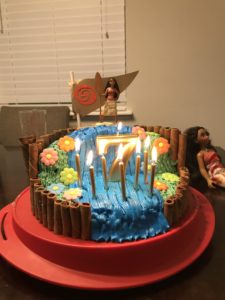 Moana Cake with all the candles