Trick or Treating at Mickey’s Not So Scary Halloween Party 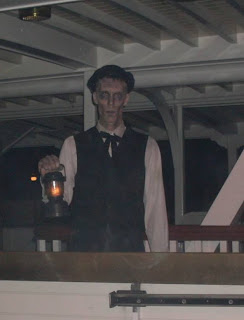 One of the best parts of Mickey’s Not So Scary Halloween Party is the Trick or Treating. And rumor has it that this will be the best year yet! Disney plans to hand out a whopping 215 tons of candy at this year’s parties.

When you check in for the party, at the Rose Garden or the gate, you are handed your party wristbands, a map, and a small, gift-bag sized trick or treat bag. In the past, the bag has advertised the latest Disney movies, such as TinkerBell or Wall-E. The bags are easy to carry and fairly sturdy. Diva Tip: If your child has a favorite Trick or Treat bag or bucket that they’d like to use instead, that’s perfectly okay.

There are several Trick or Treat Trails set up around the Magic Kingdom. The Trails, as well as additional candy stops, are marked on the party map. The two years that I attended the party, the Trails were Alice in Wonderland themed, with Cast Members dressed as playing cards handing out the candy. Along the Trails, we got a surprise meeting with the Queen of Hearts and the White Rabbit. The candy distribution is generous and we found the Cast Members to be very friendly and in the spirit of Halloween. Most Cast Members will give each person a large handful of candy at each stop along the trail. Some Cast Members will wait for the kids to say “Trick or Treat” before handing out candy, and you should remember to say “Thank you!” too.

Disney is very generous with the candy that they hand out during MNSSHP. The candy varies, but is usually a good mix of popular varieties including Butterfinger, Hersheys, Skittles, Twix, Laffy Taffy, Heath Bars, Smarties, Nestle Crunch, Reese’s peanut butter cups, Tootsie Rolls, Twizzlers, and more. In the past, there were also small boxes of raisins for a healthy option and also little extras that were handed out at some stops in lieu of candy. One year, we got packs of Winnie the Pooh Halloween memory cards. Another year, we got Jack Skellington stencils that were made of a nice sturdy plastic. This year, at the Jungle Cruise stop, you can even get bananas instead of candy. And Disney has also added several locations where you can trade in your candy for healthier alternatives, including sugar-free, allergen-free, and non-candy options.

You never know what you might find on the Trick or Treat Trails. In previous years, near the Haunted Mansion, was a trail that led down to the Riverboat landing. A ghostly ship’s captain bearing a lamp haunted a fog-enshrouded area at the bottom of the stairs. This year, Disney has added a new Riverboat stop that is less spooky and lots of fun: a Mardi Gras party from the Princess and the Frog.

The Trick or Treat Trails are a great way to pass the time while waiting for parades or dance parties to start, or walking from one area of the park to another. We usually us our small bags while walking the trails, but dump the candy into a single backpack when it becomes too much to easily carry or when going on rides. The Trails are rarely busy if you attend a party in September or even early October. We rarely had to wait for more than one group to finish before getting our candy or having a chance to interact with the characters. We really enjoyed the unexpectedly calm pace at a park that is often quite frenetic.

At the end of the night, don’t forget to get your bag topped off as you exit the gate. The last time I went to the party in 2009, the top of candy was giant Ghiradelli caramel filled chocolate bars. And each of us got six! So if you’re planning to attend Mickey’s Not So Scary Halloween party, be sure to make time for Trick or Treating. It’s definitely worth it!