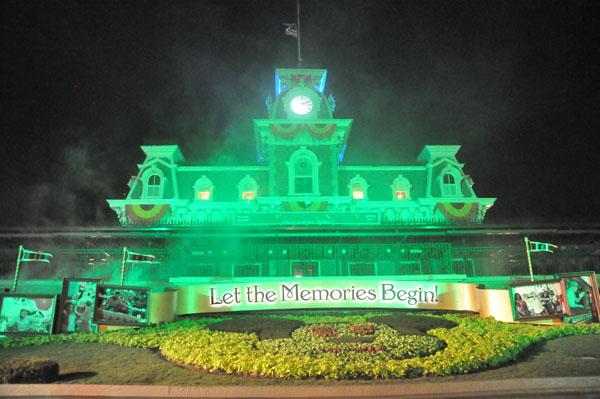 Guest Blogger: Tiffanie W.
Should I attend?
With most tickets costing over $50 a pop, you might be asking yourself “is going to Mickey’s Not So Scary Halloween Party worth it?” My opinion as a Disney enthusiast is yes, especially if you have never attended. The atmosphere is very entertaining. The entire park as a spooky look with fog and music to match! As you continue to read you will see what all is included for the cost of the ticket.
Tips
The best advice I can give is to wear a costume! Almost everyone who attends the party will be wearing one and it makes the night more entertaining.
The party officially starts at 7pm but they will allow you to enter the park as early as 4pm. This is the perfect opportunity to wait in line for your favorite rides, thus freeing you up to attend all the special party events. If you are interested in trick or treating, grab a treat bag when you first walk into the park. There are candy stations located in all four lands. You can go through as many times as you would like. The best way to load up on candy is to do the “Trick or Treat Trails”. These are located in Frontierland and Fantasyland. There are quite a few mini games located throughout the park. We played a ring toss game right outside of the space mountain store in Tomorrowland. 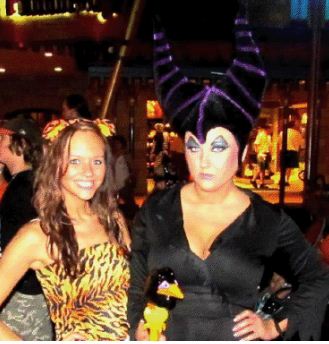 If you are looking to get pictures with some of your favorite characters in their Halloween costume, there are plenty of opportunities. Snow White and the Seven Dwarfs line fills up rather quickly. I suggest waiting in line as early as 6:45. Sometimes Snow White may be in a different location than the dwarfs. After snow white, I like to jump in line to meet the characters from Winnie the Pooh. There is a rotation of Pooh & Eeyore or Piglet & Tigger. If the line to meet Mickey & Minnie is still long, hop over to Adventureland and Frontierland. You can meet Jessie, Woody, & Bullseye at the Golden Horseshoe. There was no wait when I attended, and this was during a sold out event.
This was also true for the characters in Adventureland. Captain Jack Sparrow is always a pleasure to hang out with. You can find him right next to the Pirates of the Caribbean ride. We had some fun with King Louie; he impressed us with his dancing skills. Trek & Tarzan are also fun to interact with, especially when the lines are shorter. Try to check back with Mickey & Minnie towards the end of the night. (After 11PM) This was our last picture of the night and we didn’t have to wait too long. If you are attending the party with little ones they can dance the night away with Chip & Dale and Stitch in Tomorrowland or Woody & the gang in Frontierland. These dance parties are a unique way for the children to interact with their favorite characters.

Boo to You Parade
This is a parade you will not want to miss. It is always less crowded during the second showing. Make sure you get there about 15 minutes before the parade starts. You do not want to miss the headless horseman make his way through the park. If you are planning on leaving after the parade I would suggest watching it from Main Street. However, if you plan on staying for longer head over to Frontierland. This way you do not have to wait for the parade to come to you.
HalloWishes
This fireworks show spectacular can only be seen at MNSSHP. Unfortunately, there is only one showing. You want to make sure you catch this. It has castle projections and bursts. I suggest viewing them from Main Street USA. However, you don’t want to get too close to the castle or you will miss the projections. 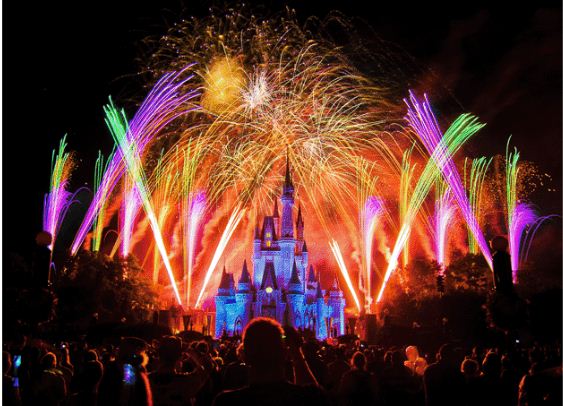 Villain Mix & Mingle
There are four separate times for the Villain Mix & Mingle. This is the only place to take pictures with some of Disney’s scariest bad guys. However, it is usually very chaotic and you can normally on get two pictures per show. The lines start forming for the villains before the castle show even begins. If you want a particular villain ask a cast member and they will tell you where the line is. We went on a sold out event night and had to attend 3 of the shows just to get pictures with all the villains. The last show of the night is usually the least crowded.
Share this tip!