My wife and I have eaten at the Hollywood Brown Derby at Disney’s Hollywood Studios several times through the years. It’s a bit expensive, indeed! However, it’s the only Signature Restaurant at the Studios and is 2 Table Service credits on the Disney Dining Plan. Regardless, we feel it is well worth the price!

Let’s head over and I’ll tell you why! 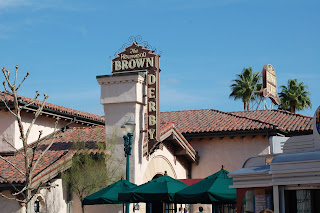 The original Brown Derby was opened at 3427 Wilshire Boulevard, Los Angeles, California, in 1926. 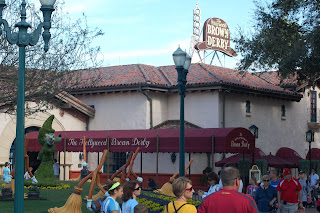 The Brown Derby began a licensing program with the Walt Disney Company in 1987. 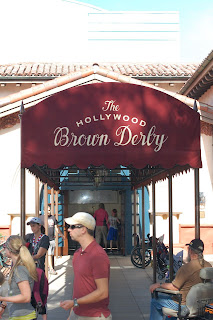 If you aren’t sure if there will be anything you’d like to eat, or to decide if it might be a bit too pricey, check out the menu before you enter. 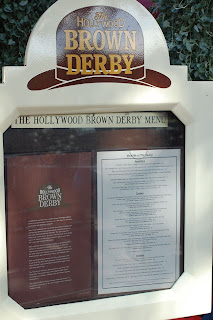 The Cast Members here are very friendly and seasoned. Some have been here since the Studios opened in 1989! 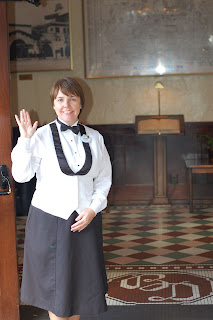 The interior transports you back to the golden age of Hollywood, with portraits and caricatures of movie stars adorning the walls. 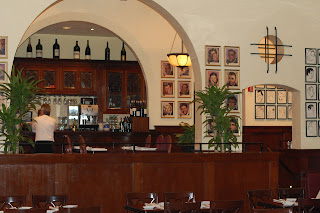 Despite the upscale feel, there is no dress code. Shorts and t-shirts are fine. 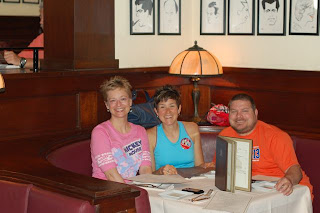 My wife and friends, Kandi and John.

But enough of all that, what about the food?! (’cause you know that’s what I do best!)

Now, I could come up with a multitude of complimentary adjectives for each item I’m about to present, which were sampled by my wife and friends, but I’m going to just say right now, everything is delicious. I will, however, point out some highlights.

Lets start with the starters, also known as the appetizers.

First there is the Portsmouth Lobster Bisque, with Tarragon oil, and a Brentwood sweet corn-lobster relish for $10. 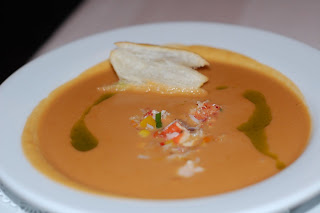 Next we have Blue Lump Crab Spring Rolls, snow crab claw and an Asian slaw with spicy miso aioli, $13. 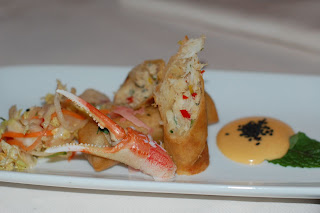 And finally, my favorite of the 3, Feuilles de Brick Napoleon of Blue Affine, with wild mushroom duxelle, grilled portobello, golden chanterelles, and a fig reduction $11. 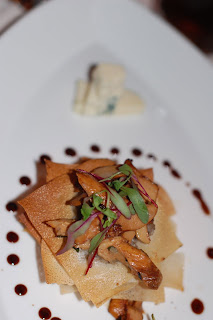 This next item can be an appetizer or an entree, it is so large. I’ve had it for both.
It is also a signature dish at this signature restaurant. 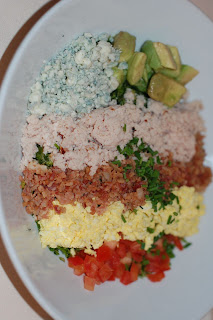 Your server will even ask if you’d like to have it mixed for you. 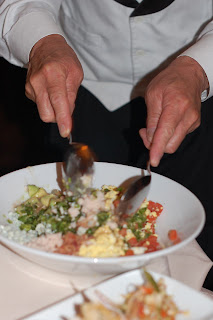 On to the entrees. 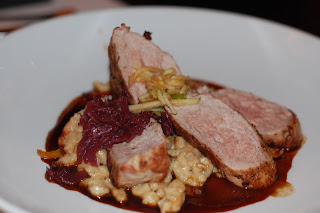 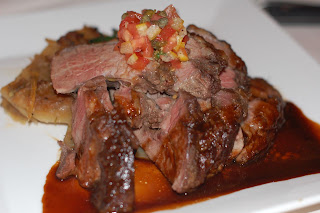 Everyone agreed this was the best entree, Duck Two Ways, which is Crispy duck Magret and Duck confit, with apple-rosemary stuffing over a butternut squash, mascarpone anolini and maple brown butter $35. 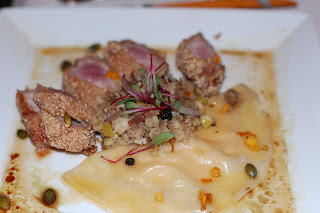 Another unique item is the Grapefruit Cake for dessert. Light Layers of Yellow Cake with fresh Grapefruit-Cream Cheese Icing, and a slice of dried grapefruit, $7. 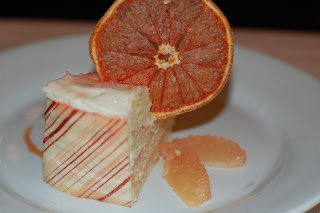 While I highly recommend it, it IS for adults! I believe young kids would be bored and uninterested in the environment.

For a special occasion while at the Studios, this is the place for you.