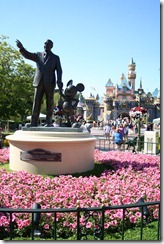 Trying to compare Disneyland and Walt Disney World is just impossible. Each park has their own unique values, and extra touches that make them special. There are some big differences between them, and many subtle differences. Having been to both parks, these are the top five things I noticed that make Disneyland unique.

1) Disneyland is a more intimate park. It is Walt Disney’s first park and there are many of Walt “special touches.” He oversaw much of the park, the attractions and design. It was his labor of love and you can feel that in the streets. Some of the intimacy of the park may also be because of the size. Disneyland is roughly 85 acres, while Magic Kingdom in Walt Disney World alone is 107 acres, but don’t be fooled by acreage, there are still MANY rides in Disneyland! Diva Tip: Walt and his family stayed in an apartment over the fire station on Main Street when they visited Disneyland. There is a light that stays on in the window of this apartment to honor his memory. There is also a fireman pole in the firehouse that used to connect to Walt’s apartment. Walt used to slide down this pole frequently to get into the park for his work day. The hole at the top of the pole was closed up, however, when an eager guest climbed up to greet Walt’s family!

2) Disneyland has “the corndog”. Locals and visitors alike rave over the corndogs from the red cart parked at the end of Main Street. This tiny cart often has a very large line. Recently, there has been a cast member taking orders on a portable computer while guests are in line, and that does seem to help get orders out faster. The corndog is a fried fabulousness that cannot fully be described. The batter is the real winner here, it’s crispy, but soft and sweet. Get the low down from Gary Maggetti, Disneyland’s Food and Beverage Director, in Suzanne Broughton’s Interview about the Disneyland Corndog. Diva Tip: The corndogs are huge and come with either a bag of chips or apple slices. Share with a friend or family member! You can also eat the corndog all by yourself and I won’t tell anyone because it is so good it will be gone before you realize you have eaten the whole thing.

3) Disneyland has Nightmare Before Christmas and It’s A Small World holiday overlays. I have mentioned before how magical Disneyland is during the holidays. What makes 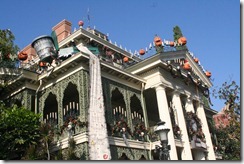 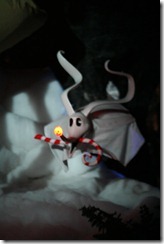 Disneyland unique is that the Haunted Mansion becomes decked out with Jack Skeleton decorations at the end of September for Halloween and Christmas. I strongly urge you to experience this transformation. My three year old is terrified of the ride in its normal state, but loves the Jack Skeleton overlay. There are singing flowers, a catchy Haunted Mansion theme song (combined with Nightmare Before Christmas music and of course, an appearance by Jack himself). Don’t miss Oogie Boogie at the end of the ride with a treat for you!

It’s A Small World also has an overlay during holiday time with holiday decorations from around the world and a catchy tune that combines “Deck the Halls” and “Jingle Bells” with the traditional “It’s a Small World” tune. At night, the lights are quite a site to behold. 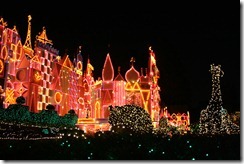 Diva Tip: The closer it gets to the holidays, the busier these rides are. Get a fastpass for Haunted Mansion Holiday and get there early if you can. 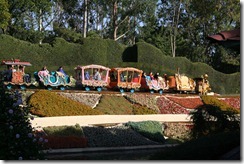 4) Disneyland has some rides and attractions that Walt Disney World does not have. These include: Alice in Wonderland, Sailing Ship Columbia, Great 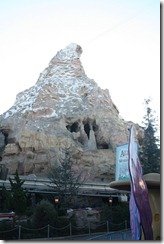 5) Pirates of the Caribbean is longer and has more details. This may seem petty, but it is one of the most beloved rides at Disneyland. I was actually kind of disappointed when I rode on Pirates at Walt Disney World. Both my husband and I stepped off the ride and looked at each other like, “That’s it?” We missed the large drop that the Disneyland version of the ride has. Of course, there were other rides such as Winnie the Pooh that made our version of the ride look a lot less appealing.

So there are my top five, for those of you that have been to both Disneyland and Walt Disney World, what are some of the unique things that you love about each park?