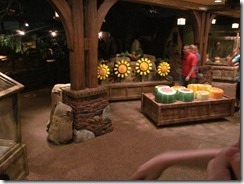 When Mr. Toads Wild Ride was converted in Fantasyland at Walt Disney World some people went absolutely INSANE! I mean, people lost their minds that the ride was being refurbished.

I went on Mr. Toads Wild Ride a few times growing up and you know how much I remember about it? Zero. That’s not to say that it was not a great ride, don’t freak out on me now. I’m just saying hey, Pooh is a good ride too.

There have been some recent updates to the queue. Actually one of the only lines at Disney that is not hard to wait through instead of fast pass is the Winnie the Pooh ride. There are all kinds of fun things for your child to play with while you wait, from drums to bang on, to cranks to turn to make things pop up! Its pretty fun.

You can pick up a fast pass for the ride which you can get at a long wait next to Philharmagic. I don’t know WHY it’s there instead of by the actual ride, but that’s where you pick up your fast passes. And, SURPRISE, they almost always come with BONUS fast passes for Philharmagic. Not that you will need them. 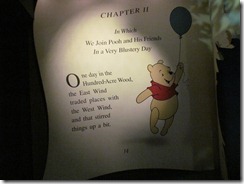 Once it is finally your time to ride, whether it be after waiting in the long line or the fast pass line, you will pile into a honey pot. These things are TIGHT SQUEEZES. I mean, if you are more Pooh-sized than Tigger-sized, it might make you feel a little too snug.

My friend and his wife had an older woman piled in the back of their honey pot next to them and they said they could barely breath with three people in the back. So try to split up your group if that is an issue. 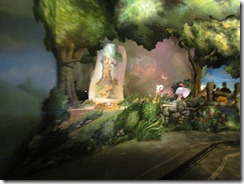 Then you start the ride by entering into the storybook. There are cute cartoon animatronics to take you through some of your favorite Winnie the Pooh stories.

When you enter the “Blustery Day” scene in Owl’s house, keep an eye out for a cool homage to the former owners, Toad and his friends. You’ll see a “photo” of Owl accepting the deed from Toad. 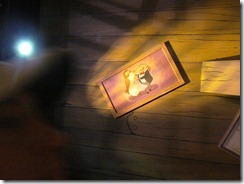 It goes by quickly so you need to keep an eye out!
Then you enter the Heffalumps and Woozles scene and it is weird. My kids don’t scare easily so its not an issue for me, but its possible it could freak little ones out. 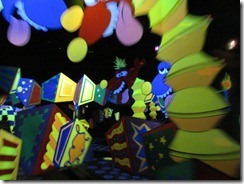 There is one really cool part where a smoke canon blows perfect circles right at you. Watch out for this too. Its cool. 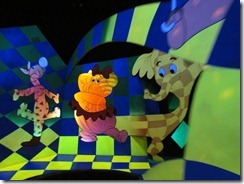 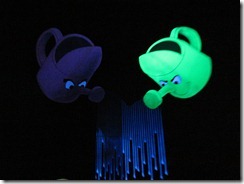 Next you move into my favorite part of the ride. The “flood” . You bob along the “river”. And you really do feel like you are bobbing along water in a honey pot. Sometimes it makes me even a little sea-sick.

And then, hooray! Pooh wins the hero honey and also gets stuck in the honey tree. It all ends nice and sweet AND we all have a 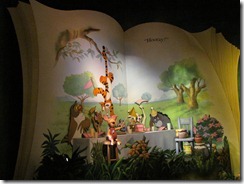 Then you squeeze back out of the honeypot, get confused as to where to exit (I don’t know why this is not more clearly marked honestly) and get dumped out into a Winnie the Pooh style souvenir shop. Which you can easily just blow right through and then head off to your next ride.

So is it Mr. Toads Wild Ride? No, but it’s still pretty darn fun!